African vaccine producer could be blocked by Moderna patents–Health groups 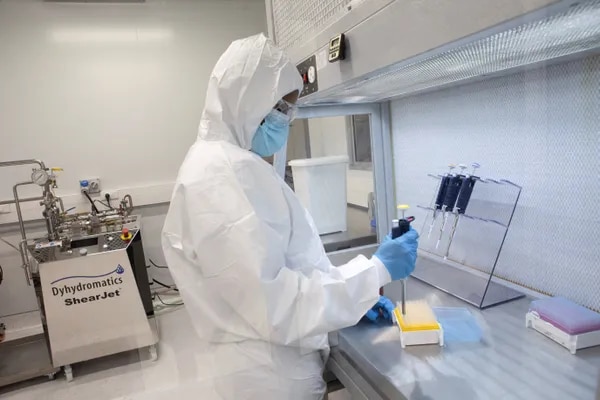 A Canadian-supported project to produce mRNA vaccines for Africa could be derailed by patents that U.S. manufacturer Moderna has obtained in South Africa, health activists say.

A biotechnology company in Cape Town announced this month that it had succeeded in producing its own mRNA vaccine under a program backed by the World Health Organization. The technology could help create vaccines for COVID-19, malaria, tuberculosis, HIV and other diseases in Africa and other developing regions.

But health experts are concerned the project will be blocked by Moderna’s patents. More than 60 health groups and civil-society organizations have written to the U.S. company, asking for assurances that it won’t use its patents in South Africa to hinder the newly developed vaccine.

Prime Minister Justin Trudeau announced last year that Canada will provide up to $15-million in funding for the Vaccine Technology Transfer Hub in South Africa. Several other countries are also supporting the mRNA tech hub, which is expected to have a budget of about US$100-million over five years.

The Cape Town company, Afrigen Biologics & Vaccines, created its mRNA vaccine at the tech hub by reverse-engineering Moderna’s vaccine. It used publicly available information on the technology after Moderna and Pfizer both declined a WHO request to share their vaccine recipes with the South African tech transfer hub.

Human trials of the South African vaccine are expected to begin in the fourth quarter of this year, with approval expected by 2024 at the latest, but its development will be delayed if Moderna and Pfizer refuse to co-operate.

“If the owners of mRNA vaccine technologies shared them with the hub, we could expedite manufacturing, removing the need for large clinical trials and cutting development and approval time by at least one year,” said Tedros Adhanom Ghebreyesus, the WHO director-general, at a press conference in Cape Town after he visited the tech transfer hub on Friday.

He said he expects the new vaccine to be cheaper and easier to store than existing mRNA vaccines, making it better suited for Africa and other low-income regions. The WHO is supporting the project because low-income countries have struggled to obtain vaccine supplies, with less than 12 per cent of Africans fully vaccinated so far.

Moderna has said it will not enforce its patents during the COVID-19 pandemic – but it has not clarified its definition of “pandemic,” sparking fears that it could soon decide to begin enforcing its patents on the grounds that the pandemic is over.

“Moderna’s patents in South Africa have created legal risks and uncertainties for any outputs of the hub,” the civil-society groups said in their letter to Moderna this week.

The company’s patents “may potentially undermine the hub’s current and future functioning and research,” said the letter, signed by 63 groups.

“The only conclusion we can draw from Moderna’s selective patent filings is that Moderna does indeed intend to enforce these patents, despite public announcements to the contrary.”

The groups pointed out Moderna had received a total of US$5.75-billion in subsidies and advance purchase orders from the U.S. government to help it develop its vaccine. In many countries, including Canada, the company had withdrawn or abandoned its patent applications, the groups said.

Media representatives for Moderna did not respond to e-mails from The Globe and Mail seeking comment on the issue. Amnesty International, one of the groups that signed the letter to Moderna, said the major private vaccine-makers had “monopolized technology, blocked and lobbied against the sharing of intellectual property, charged high prices for vaccines and prioritized supplies to wealthy countries.”

Moderna, Pfizer and BioNTech had projected revenues of up to US$54-billion last year, yet they supplied less than 2 per cent of their vaccines to low-income countries, Amnesty said in a report this week.

There is growing evidence that some of the vaccine manufacturers have tried to shut down the South African technology transfer hub. The BMJ, a British-based medical journal, reported last week that a foundation representing BioNTech had tried to halt the work of the tech hub.

The kENUP Foundation, a consultancy hired by BioNTech, wrote to South African officials last year to tell them the hub’s efforts to copy the Moderna technology should be “terminated immediately,” the BMJ reported.

The foundation said the WHO-supported program was unlikely to be successful and would infringe on Moderna’s patents, the BMJ report said. Instead, the foundation promoted a BioNTech proposal to ship mRNA factories from Europe to Africa in sea containers, staffed by BioNTech workers.

South African Health Minister Joe Phaahla, asked about the BMJ report on Friday, said it would be “quite worrying” if BioNTech is seeking to undermine the tech hub. He said about half of South Africa’s vaccines had been purchased from Pfizer/BioNTech.

The government will not allow any private company to “protect its interests by preventing others from accessing knowledge and know-how,” the Health Minister said.

Credit | The Globe and Mail