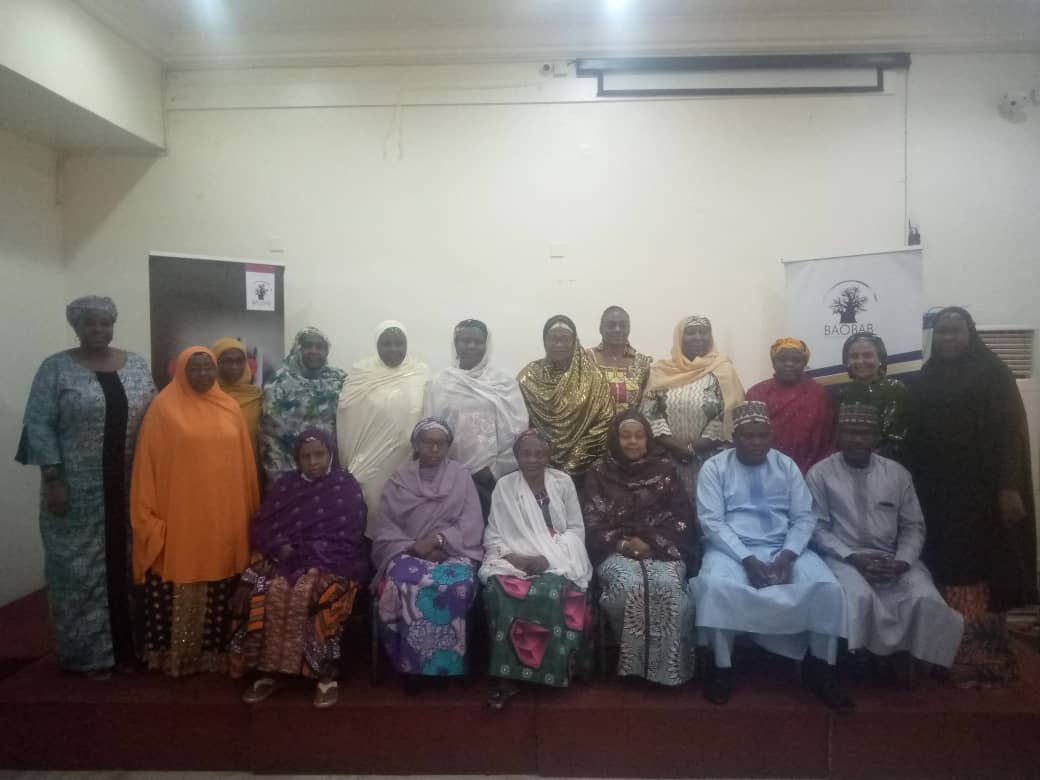 A Non-Governmental Organisation
BAOBAB which focuses on women’s legal rights issues under the three systems of law customary, statutory and religious laws in Nigeria, has called for the domestication of GBV laws to end violence against Women and Children in Bauchi, Borno, Jigawa, Kano and Zamfara.

The group identified clear roadmaps for the effective domestication of the violence against person’s prohibition VAPP act and Child act right in the focal states.

The Chair Board of directors, BOABAB, Dr Zubaida Nagee, in her opening remark at the event stated that violence against Women is rampant and under reported , noting that the act is even socially accepted in some communities.

“Some of the findings among others include that violence against Women is rampant, it is under reported and infact socially acceptable in some of these communities”

She also noted that the Covid-19 pandemic has been a major contributing factor to the spike in the states and other neighbouring states.

She further pointed that men are the main perpetrators of the crimes against Women and Children as she reveals that poverty, corruption, stigma and the culture of silence are responsible for the under reporting of the crimes in the focal states

Barrister Aisha Ali Tijani, one of the facilitators who spoke to newsmen at the event said religious leaders and their perception about the law is the major issue confronting the domestication of the law to end violence against Women and Children.

She believes that the religious leaders have a big role to play in the domestication of the laws.

“Particularly, the challenges has to do with the issue of religious leaders and their perception about the law, in Kano, that is the major issue, if the religious leaders perceive it as something that is good then so be it, but we had many sittings with them, infact they think that we are just going to give Women unlimited liberation and freedom to the extend that they can not handle them, that is their own negative perception about the law.

But the law is not even talking about that, the law is there to prevent, promote and protect anything that has to be done against the right of Women and also purnish perpetrators of those crimes”

The Commissioner for Women affairs in Zamfara state, Zainab Lawal Gumi, also present at the event stated that it’s a huge challenge to pass the violence against person’s prohibition VAPP act and Child right act in the Northern region of Nigeria due to religion and traditions.