Buhari never talked about power shift to south with anyone — Presidency 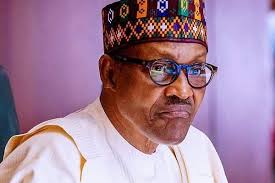 The Presidency has denied reports that President Muhammadu Buhari had, during a meeting with presidential aspirants of the All Progressives Congress, APC, discussed that the Presidency should go to the South in 2023.

Senior Special Assistant, Media and Publicity to the President, Malam Garba Shehu, said nothing of suchbwqs discussed. He disclosed this as Arewa Youth Consultative Forum, AYCF, accused some governors of APC in the North of “trading off” Arewa’s right to choose the next president of the country.

However, the Asiwaju Bola Ahmed Tinubu Campaign Organisation, ABATCO, has described the 11 northern APC governors asking for power shift to the southern part of the country as worthy patriots.

The presidential spokesperson in an interview, yesterday, with the BBC Hausa Service, said: “The meeting was among the series of meetings President Muhammadu Buhari commenced with the chieftains and party bigwigs in the APC to ensure the APC presidential primary election is conducted peacefully; and to make sure APC is placed on the right pedestal that will bring victory to the party during the presidential election in 2023.”

Asked if the issue of power shift was discussed at the meeting, Malam Garba Shehu said: “No, that was not discussed. What President Muhammadu Buhari said was that he had called them to advice them that they should go and discuss within themselves, in their capacity as presidential aspirants, they should deliberate among themselves and with the party on how they could bring forth a sole candidate for the presidency.”

When told that some Nigerian newspapers had written that the President was in support of power going South, Shehu said: “Nothing of such was discussed, as even if the President had such an opinion, he did not come out to say it at the meeting.”

When reminded that there were rumours President Buhari might come out to announce the person he was supporting to succeed him, Shehu explained: “What the President was saying was that he was prepared to continue providing the leadership that would lead to the emergence of a candidate through a peaceful and harmonious process that the aspirants, governors and other party leaders would adopt.”

On what President Buhari would do if the aspirants failed to arrive at a consensus arrangement, Shehu said the President would have no choice, adding: “We have to follow the election process.”