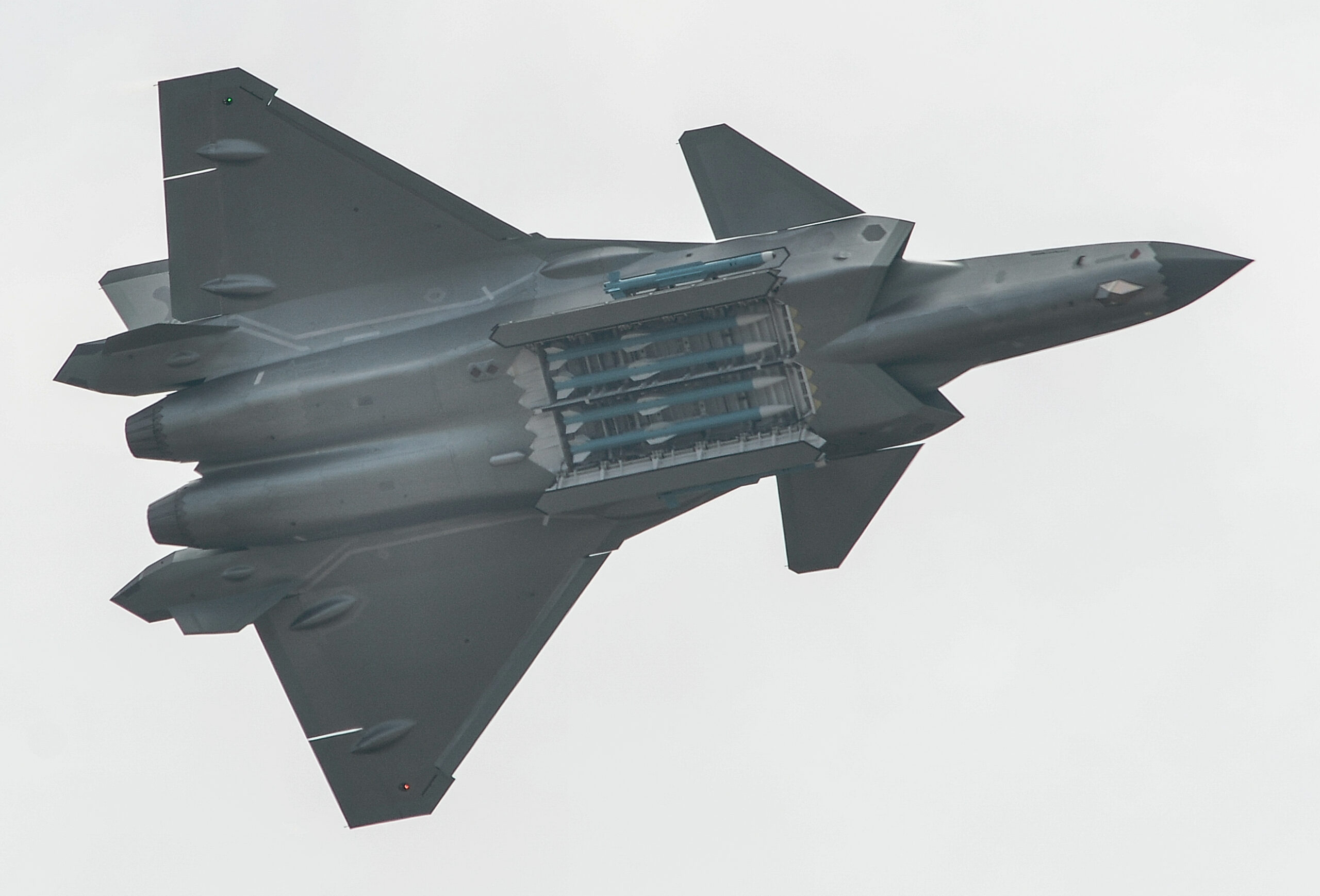 General Kenneth Wilsbach, Commander, Pacific Air Forces, USAF, did not reveal when or if the F-35/J-20 encounter took place. He, however, discussed briefly the new Chinese stealth fighter’s function in a rare interaction.

“It’s a bit early to say what they intend to do with the J-20, so really all we’ve seen it do is air superiority,” he says. “But we notice that they are flying it pretty well. We recently had – I wouldn’t call it an engagement – where we got relatively close to the J-20s along with our F-35s in the East China Sea, and we’re relatively impressed with the command and control associated with the J-20.”

This revelation comes a few weeks after a carrier-borne USAF F-35 crashed in the South China Sea and caused a flurry of concerns in the US security establishment about a possible Chinese theft of the F-35 technology.

The admission of the encounter between F-35 and J-20 is also significant given the rising tensions between the two adversaries. The acrimony between the two has aggravated in recent times as China has been intimidating Taiwan and has not condemned the Russian invasion of Ukraine.

“We’re seeing relatively professional flying and it’s still too early to tell exactly what they intend to do with [the J-20] – whether it’s going to be more like an F-35 that’s capable of doing many, many missions or more like an F-22 that is primarily an air superiority fighter that has an air-to-ground capability.”

An air superiority fighter is an aircraft designed primarily to take control of enemy airspace by gaining tactical superiority over the opposing force. Air superiority aircraft are generally charged with engaging agile, lightly armed aircraft in aerial battle and eliminating any threat to airspace control, while some may also have a secondary role in air-to-surface strikes.

Apart from acknowledging the capability of the Mighty Dragons, USAF General Wilsbach also mentioned the KJ-500, which has been China’s primary AEW&C platform in recent years.

The KJ-500 is based on the Y-9 tactical transport aircraft and is powered by four turboprop engines. In a fixed radome above the fuselage, the aircraft has a three-panel active electronically scanned array radar. This is thought to provide 360-degree radar coverage.

“The KJ-500 plays a significant role in some of their capability for long-range fires,” says Wilsbach. “Some of their very long-range air-to-air missiles are aided by that KJ-500. Being able to interrupt that kill chain is something that interests me greatly.”

A previous analysis by the EurAsian Times had explained that the J-20 fighters will most likely not be employed in close air dogfights and could be used in a ‘sniping mode,’ knocking out opposing aircraft, aerial tankers, air defense systems, ground-based radar installations and key fortifications.

The KJ-5OO aircraft could, thus, be instrumental in aiding precision kills using the PL-15 long-range air-to-air missiles as observed by the US General.

According to Wilsbach, the KJ-500 could identify and assign targets to Chinese fighters, who could then launch the active radar homing PL-15 from a significant distance.

The surprisingly pleasant remarks about Chinese aircraft are significant as the popular sentiment among the higher echelons of the US security establishment is that China could end the US military superiority by 2035.

During an Air Force Association meeting in September last year, US Air Force Chief of Staff General Charles Brown Jr. declared the PLA had “the largest aviation forces in the Pacific” and had grown them “underneath our nose.” Brown also claimed that China would have eclipsed the United States’ air superiority by 2035, as previously reported by the EurAsian Times.

Further, after Japan inked the contract for F-35 fighter jets, the presence of these fifth-generation stealthy aircraft could only be expected to multiply in the future and more engagements could become a routine.

It is pertinent to note that while the US General went on record to talk briefly on the supposed encounter between the two fighter jets; the Chinese PLAAF has maintained silence.

On the other hand, the Chengdu J-20 is a multirole stealth fighter aircraft designed to carry out ground assault missions even in difficult environments. The aircraft’s delta wings allow it to reach higher heights at supersonic speeds.

The J-20 is the only operational fifth-generation stealth fighter jet in the world apart from the American F-22 Raptor, F-35 Lightning II and Russian Su-57.

In answer to a question on the J-20’s production capacity, Wang Haitao, deputy designer of the aircraft, told the Chinese government-controlled Global Times that China’s aviation sector can meet any level of demand from the PLA Air Force.

In line with that commitment, China is now set to significantly ramp up the production of the J-20s that it has positioned as the pride of its fleet. While both, F-35 and J-20 have are both powers to reckon with in their own right, the rare acknowledgment of its flying prowess by a US General is intriguing.