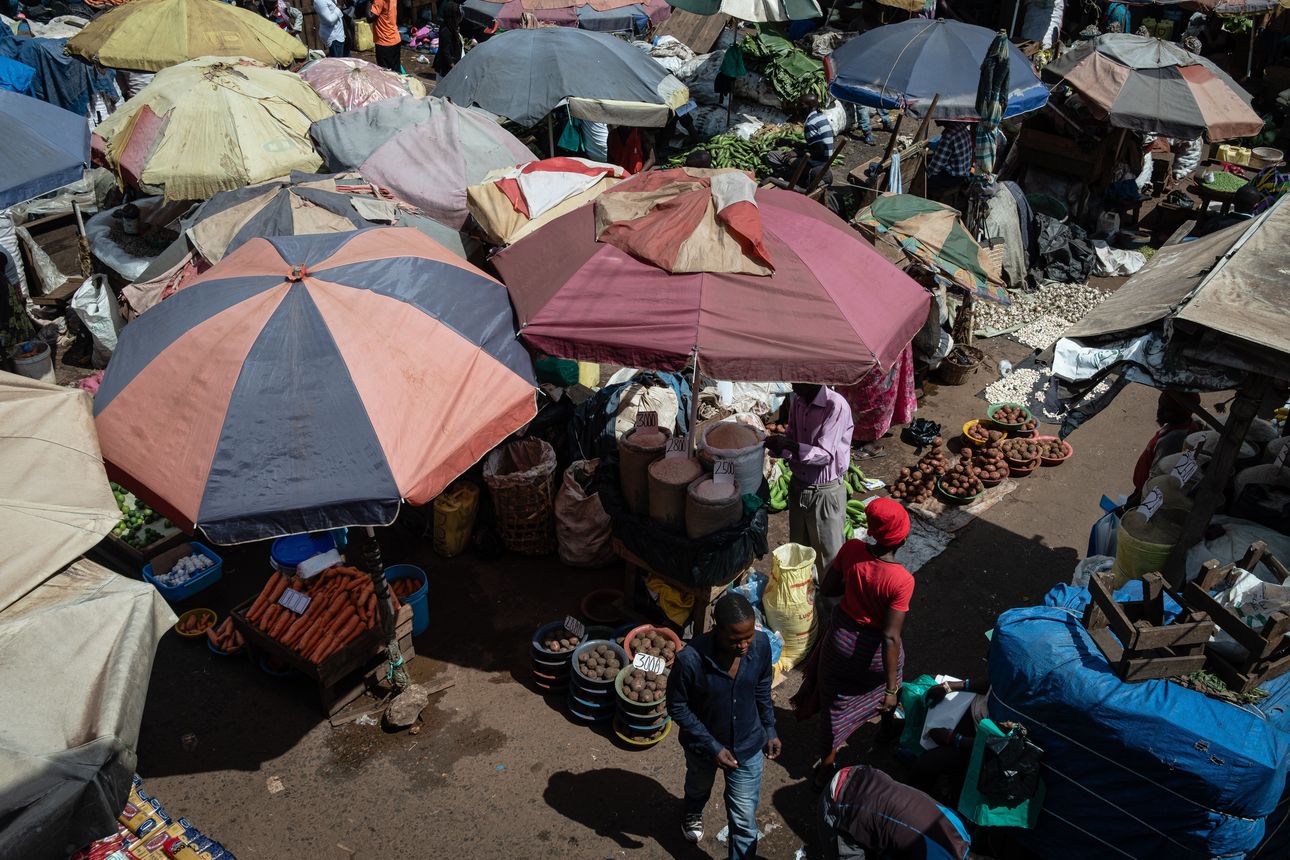 •Africans face a wave of inflation causing food insecurity, driving some to emigrate to escape the spiralling cost of living

Before dawn on a recent Tuesday morning, Prosy Komukama lined up outside a labor agency in Kampala, hoping to join a growing exodus of Ugandans seeking work in the wealthy Gulf states of the Middle East to escape the spiraling cost of living.

“I would like to stay in Uganda but there are no jobs and it’s not just me,” says the former schoolteacher, gesturing to the other young women crowded outside the compound’s 10-foot brick walls. “Most of us don’t have any options. Food and rent are basically unaffordable.”

Parts of Africa are contending with a wave of inflation that is, by some measures, even worse than the supply shocks cascading around the rest of the world.

Food prices are at their highest levels in over a decade, according to the United Nations’ Food and Agriculture Organization, compounding the plight of some 40 million people thrown into poverty by the impact of the Covid-19 pandemic and its accompanying lockdowns.

That is creating a food crisis that threatens to spill over into unrest. In some places, it is already driving people to emigrate.

Over the past 12 months, some 100,000 Ugandans—including teachers, accountants and social workers—have migrated to the Gulf, according to government data. That flow could pick up pace as prices track higher, undermining what had been one of Africa’s economic success stories.

In recent years the percentage of people in Uganda living below the poverty level fell to around a fifth of its 46 million people, down from over half in the 2000s. But prices, already spooked by rising fuel costs, are being pushed higher, jumping by almost a third so far this year, putting many staples out of reach for millions of people.

In Malawi, one of Africa’s more established democracies, the local currency has lost around a 10th of its value against the dollar in the past year, pushing inflation into double digits, reaching 11.5% in December. Authorities have arrested more than 1,000 people in recent weeks during protests at rising costs.

The causes of soaring food prices are varied.

In Uganda, new Covid-19 testing requirements along its borders are causing transport delays. Trucks have been backed up for weeks along the border with Kenya since the rules came into force at the beginning of the year, hobbling the supply of basic foods and cooking fuel. Nighttime curfews have caused similar disruptions in other places, says Sebastian Spio-Garbrah, a Ghana-based analyst at risk consulting firm DaMina Advisors, and, with vaccination rates at around 11% across the continent, it may take some time for the situation to improve.

“Up to now, many African countries have not yet fully reopened their land borders, this has greatly curtailed cross-border movements and trade,” Mr. Spio-Garbrah said. “Many people who depend on cross-border trade have been out of business for a long time.”

Other factors are deeper rooted. Most African nations are net food importers, meaning that any increases in global food prices have a significant effect on the continent’s 1.4 billion people, the majority of whom spend up to 60% of their income on imported staples such as rice, corn and pasta.

Over the past two decades, more Africans have become heavily dependent on imported food, tripling the food import bill to $35 billion in 2020, according to the World Bank, leaving them vulnerable to the rising cost of shipping food globally.

In some areas, notably the Horn of Africa, drought has returned, amplified by conflicts in Ethiopia and elsewhere. Sudan has seen inflation surpass 300%. The upheaval has drawn growing numbers of people to antigovernment blockades, hobbling seaports and border crossings as the military-run country slides further into crisis after the ouster of its autocratic leader, Omar al-Bashir, in 2019. In neighboring South Sudan, some 7.4 million people are in need of food aid. Armed groups routinely target U.N. stores to steal food, pushing up prices in the local market.

Farther west, price surges have added to unrest simmering across the Sahel, the arid band stretching across the southern reaches of the Sahara. The U.N. says food prices are nearly 40% higher than other parts of the world and that some 14 million people are facing a serious food crisis, exacerbated by a growing Islamist insurgencies in the north. Coups have dislodged governments in Mali and Burkina Faso in recent months as the fighting has worsened.

There are signs that supply-chain problems are beginning to subside in some parts of the world, despite high headline inflation numbers. A new measure of supply blockages developed by economists at the Federal Reserve Bank of New York showed a record level of strain in the economic system in November, but a decline in December and January. They suggested that bottlenecks, while still historically severe, might start to ease in the coming months.

It may take longer for African countries to see an improvement, with some now reassessing their dependence on imports.

“Overcoming most of those shocks requires fixing the systems for building domestic productive capacity. That is our goal,” Malawi’s President Lazarus Chakwera said recently. “I am the first to admit that the cost of living has gone up.”

Meanwhile, a vicious circle is developing. High prices are leading to the kind of instability that in turn is driving prices higher still.

“We are sitting on something very explosive,” said Arif Husain, chief economist at the U.N.’s World Food Program, who says 120 million people across the continent are now facing a food crisis.

The U.S. military, which has been working to shore up weakened governments to fight insurgencies and respond to crises, has begun flagging the dangers more publicly. This month, the U.S. military commander in Africa, General Stephen J. Townsend, said unrest and coups in the region are putting Washington’s security assistance at risk, adding to the downward spiral.

Those who might be able to leave, such as Ms. Komukama in Kampala, are trying to secure work elsewhere. She hasn’t had a stable job for two years after schools were shut because of Covid-19 and owes her landlord six months rent. Some 300,000 Ugandans have left for the Gulf in recent years.

“I just have to get out,” she said. “I have already suffered enough.

Others have fewer options. In parts of the Sahel, as volatile as it is dry, some farmers have abandoned their crops to rot under the weight of worsening rebel attacks.