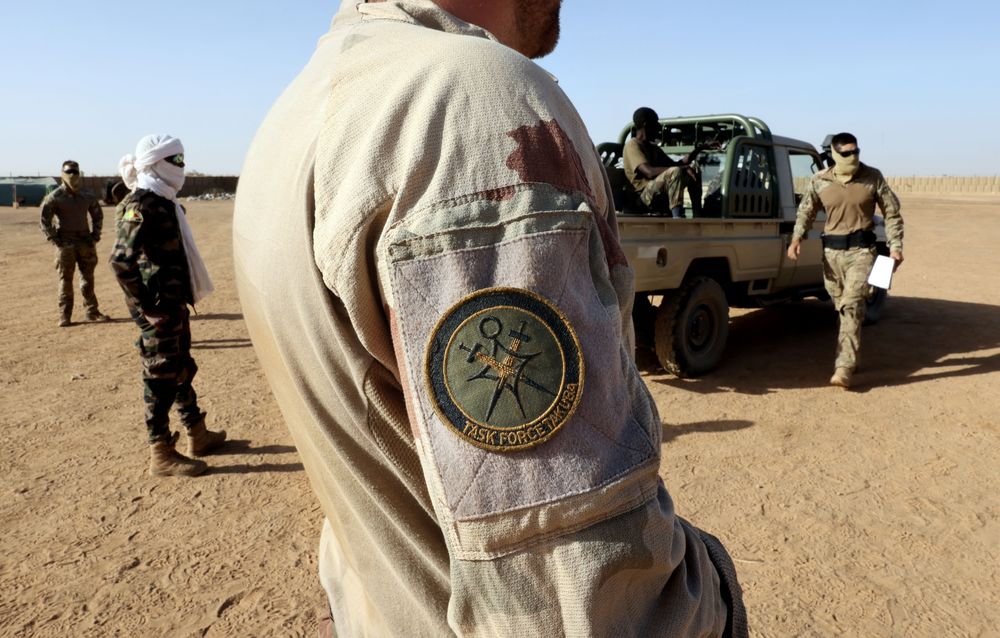 •Belgium excludes deployment of troops to Mali for now

France is hosting a summit on Wednesday devoted to the fight against Islamic extremists in West Africa as Paris considers withdrawing its troops from Mali while maintaining military operations in the broader Sahel region, the French presidency said.

The move comes amid growing tensions between Mali, its African neighbors and European partners.

The European Union this month imposed sanctions on five senior members of Mali’s transitional government, including Prime Minister Choguel Maiga, accusing them of working to obstruct and undermine the transition from military to civilian rule.

French President Emmanuel Macron will meet with African and European counterparts during a dinner at the Elysee presidential palace ahead of an EU-Africa summit scheduled Thursday and Friday in Brussels. Wednesday’s meeting not only will address France’s potential withdrawal, but also the involvement of the U.N. peacekeeping force and of the EU training mission.

“We are now in a situation which requires drawing the consequences of the political split and operational split” with Mali, French Foreign Minister Jean-Yves Le Drian told French lawmakers on Tuesday. Decisions need to be discussed collectively in order to “find another way forward,” he said.

The heads of states of Chad, Niger and Mauritania are expected to attend the Paris summit. The Mali and Burkina Faso coup leaders have not been invited since both nations are suspended from the African Union, the French presidency said.

Mali has struggled to contain an extremist insurgency since 2012. Rebels were forced from power in northern cities with the help of a French-led military operation the next year, but they regrouped in the desert and began attacking the Malian army and its allies.

France now has about 4,300 troops in the Sahel region, including 2,400 in Mali. The so-called Barkhane force is also involved in Chad, Niger, Burkina Faso and Mauritania.

A French presidency official said France is considering pulling out from Mali because of the “important risk of interference” of its troops on the ground with the Wagner Group of Russian mercenaries, a situation he called “unacceptable.”

France and 15 European countries in December condemned the Malian transitional authorities’ decision to allow the deployment of the Wagner group, which has started operating in the country and is accused of rights abuses in the Central African Republic, Libya and Syria.

Paris led intense consultations with its regional and European partners in recent weeks.

“Today our partners tend to consider that the conditions for a success of our mission in Mali are not met anymore, but we don’t want to bring a response before making sure a consensus is clearly established,” the French official, speaking on condition of anonymity on sensitive talks, said. The official suggested troops withdrawal would also include the European-led military task force known as Takuba.

At the same time, “other countries in the region want more support” and expressed their will to keep a “European presence,” he stressed.

Insecurity in the region has worsened in recent years with attacks on civilians and United Nations peacekeepers. The EU has been training the Mali armed forces since 2013.

Many European nations which are involved in the training of Malian soldiers and in the Takuba task force will be represented, as well as the U.S. and Britain, the French presidency said.

Belgium has for now ruled out deploying a contingent of some 250 troops to Mali, the Belgian defense minister’s office told AFP on Tuesday, as European forces withdraw from the region.

Defense Minister Ludivine Dedonder told a committee in the Belgian Parliament that security conditions do not permit the deployment “because of the current stance of the (Malian) junta.” Her office confirmed her words.

The Belgian soldiers had been meant this year to join Task Force Takuba, a French-led military operation numbering nearly 900 men.

The change of plan comes as French President Emmanuel Macron is said by multiple sources to be set to announce that French troops will be withdrawn from Mali and redeployed elsewhere in the Sahel following a breakdown in ties with the country’s military regime.

Security sources told AFP that Macron’s announcement to end the nine-year French mission in Mali will coincide with a European Union-African Union summit in Brussels on Thursday and Friday.

After two coups in Mali since 2020, France and other Western nations complain that the junta has missed deadlines to restore civilian rule and become increasingly hostile to the presence of French and European soldiers on its soil.

Fellow EU nations had joined France in the Sahel, sharing the military and financial burden and — Paris hoped — limiting long-standing allegations of French interference in its former African colonies.

But Denmark announced it was withdrawing its contingent of elite soldiers in late January and Norway has abandoned a planned deployment.