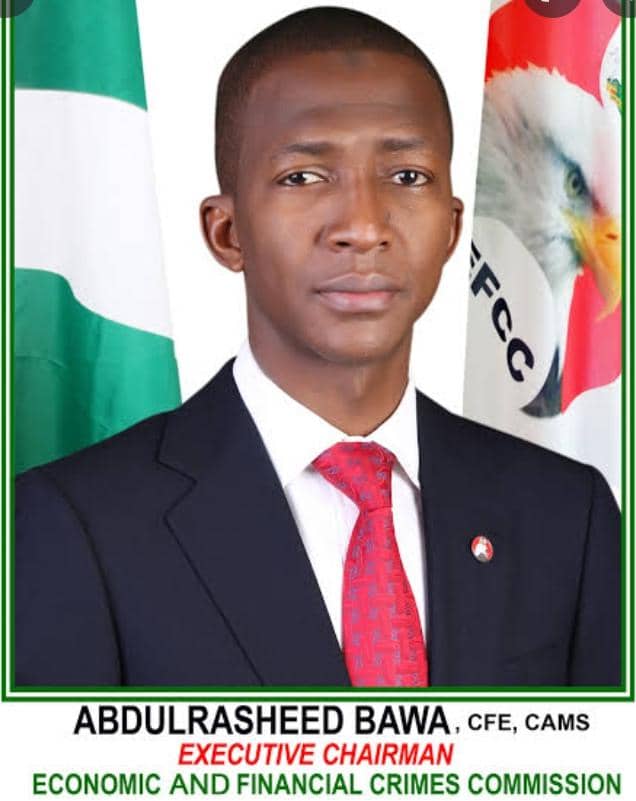 It is often said that those who go to equity must go with a clean hand. As important as this saying goes, in Nigeria, that is never the case.

What is practicable and noticed especially with most public officers is that anyone can occupy any public position as long as the individual has a godfather factor above others. And where by sheer providence, such an individual gets such appointment, it can be sustained by using the media and public relations guru to consolidate the position.

Such ‘attack dogs’ or put in mild terms, paid agents go extra miles to ensure that their principal gets back at his detractors by all means, in this case through white-washing.

No wonder most juicy public institutions that should be a sort of cynosure for public servants perform below standards today.

For everyone following developments in Nigeria, it is no longer news that the reverred Economic Financial Crimes Commission EFCC as a foremost institution saddled with the responsibility of cleaning financial mess in the society would live above boards, alas, that is not the case considering developments from that institution.

This piece is not to denigrade the institution, but is it not amazing that apart from its founding chairman, Mallam Nuhu Ribadu whose peaceful exit from the office was made so because of the change of guard and has since then been on a clean slate, all others who occupied the position left in a questionable circumstances.

From Mrs. Farida Waziri through all others to the immediate past, Ibrahim Magu. A quest into their records in office suggests questionable stewardship unexpected of any public servant in that capacity, but let’s leave it at that and focus on the present.

In the last few days, the attention of the general public was drawn to a trending video in which an EFCC operative by the name, Mohammed Idris, was heard making damning revelations about how Abubakar Malami, the Attorney General and Minister of Justice micromanages the anti-graft agency.

In it, the EFCC operative was heard discussing with one Abdulbari Yusuf, a younger brother to a former director of Navy Accounts facing corruption charges on how an escape route can be charted for his brother. Unbelievable as it might be, it was real and a shock to many.

Although the spokesperson of the commission, Wilson Uwajuren was quick to do a face-saving smokescreen by issuing a statement to the effect that the said operative is a fifth columnist within the agency, but Uwajuren needs be reminded that such is one ‘fifth columnist’ among many others who are running down the image of the commission and by extension the country.

More worrisome is the fact that in the commission, just like other public institutions, what should ordinarily be a public affair is treated with utmost secrecy thereby giving room for suspicion, but the commission would be quick to stand in judgement against anyone said to have fallen foul of the same order.

For instance, for over one year now after Abdulrasheed Bawa, the chairman of EFCC assumed office, it is not in public domain that the boss of this anti corruption agency has publicly declared his assets, a development that is mandatorily sine qua non for public officers in that capacity before they occupy office. Rather than purge itself of this public office abuse, Bawa’s EFCC is busy chasing bankers threatening them against non declaration of assets.

We need to remind Bawa that he who goes to equity must go with a clean hand. Even if Bawa’s men would be quick to claim that he had done his assets declaration behind the scene, the era of secrecy for public office holders in that capacity are over. Let him come out clean by a public show as an example for others to emulate.

By that, when the commission roars or barks at other Nigerians who had not taken the moral step, it would be applauded. By the way, we need to remind the commission and Bawa in particular that his directive to bankers which he hinged on an obscure decree adopted by Ibrahim Babangida’s administration in 1986, said bankers may face sanctions if they fail to file their assets with the government.

That law he cited said all workers in the banking sector are bankers and their assets must be declared annually to the chief executive of their respective financial institutions, but what Bawa and his lieutenants failed to understand is that the law had since been abandoned following the introduction of the Code of Conduct Bureau and Tribunal Act, which mandated only scheduled public office holders to declare asset upon assumption of office. The bureau does not demand asset filings from workers in the private sector.

It is therefore not clear where the EFCC under Bawa derives its powers from in its bid to threaten private sector workers who are going about their legitimate duties.

The right thing should be for the commission to ask the Chief Executive Officers (CEO’s) of respective financial institutions to furnish it with details of personal assets declaration by staff, which should be made public.

Outside that, any other tactic deployed by the EFCC to gag bankers would be tantamount to illegality and abuse of power.

In this vein, rights based civil society organisations, the media and other anti-corruption non governmental organisations should make it a point of duty to not just seat and watch events unfold but hold appropriate authorities accountable until the needful is done and all assets made public so as to further reassure Nigerians they are not being used for any hanky panky games.

The aforementioned groups should use their strength as pressure groups to urge Bawa to publish the assets of EFCC staff as part of strengthening President Buhari’s fight against corruption.