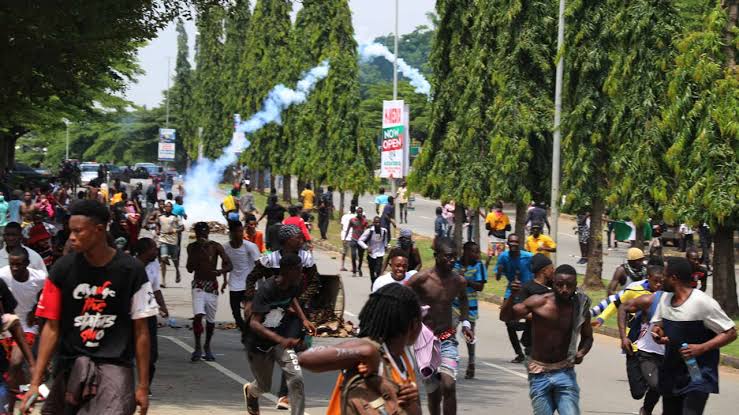 The Ekiti State Government has announced the completion of payment of N21.2 million compensation  to victims of human rights violations, and those affected by the violence that broke out during the “ENDSARS ” protests.

The total sum was awarded by the state’s Judicial Panel of Inquiry on Allegations of Human Rights Violations by Police Officers including Officers of Special Anti-Robbery Squad (SARS) and Other Persons (ENDSARS Panel), according to a statement by the Office of the Attorney General and Commissioner for Justice.


According to the statement, the Ekiti State government acknowledged that the compensation is only one component of the several recommendations of the panel, which included equally important recommendations such as the need to review the administration of justice system in a manner that priorities the needs of all those who come into conflict with the law while at the same time recognizing victims of crime as important stakeholders in the criminal justice system.


The Attorney General and Commissioner for Justice, Olawale Fapohunda, on behalf of the state government,  tendered an unreserved apology to all victims of human rights violations in the state, as well as those affected by the violence that broke out during the ‘ENDSARS protests in the state.

He further assured of the government’s resolve to continue to strengthen the culture of good governance and respect for human rights in the state.

“We have taken a number of important steps in this regard. My office has implemented Mr. Governor’s directive on the development of a Victim’s Charter that spells out in simple words the rights, the obligations, and the duties of state institutions to victims of crime. We have further implemented Mr. Governor’s directive for a holistic review of the

Criminal Law of Ekiti State with emphasis on legal protection of victims of crime,” he said.

Fapohunda further informed that the Ministry of Justice had taken concrete steps in establishing functional ‘Access to Justice’ offices across the state and were reviewing the status of the Department of Citizens Rights (DCR) and the Office of the Public Defender (OPD).

These measures, he explained, were in response to the agitations of citizens for an easily accessible office where citizens’ complaints can be heard and dealt with promptly. This, he said, was what informed the establishment of the Citizens’ Complaints Center at the Ojaoba market, Ado Ekiti, which was designed to complement the mandates of the DCR and OPD in providing professional legal advice and representation for persons whose rights are violated.

The Government of Ekiti State also noted the recommendation of the ‘Endsars panel on the issue of police reform and the urgent need to improve the conditions of service including salaries and allowances of police officers serving in Ekiti State, and clarified that implementation of this recommendation was not exclusively within the powers of the Government of Ekiti State, but that Governor Kayode Fayemi remains committed to making this issue an agenda item during meetings of the Nigeria Governors Forum and that of the Police Council. It should be recalled that some of the beneficiaries of the awarded compensation were police officers who incurred physical and material loss in the course of their duties during the ‘Endsars’ protests.

N450m Fraud: Court throws out ex-minister, Bulama, others’ applications for stay of proceedings