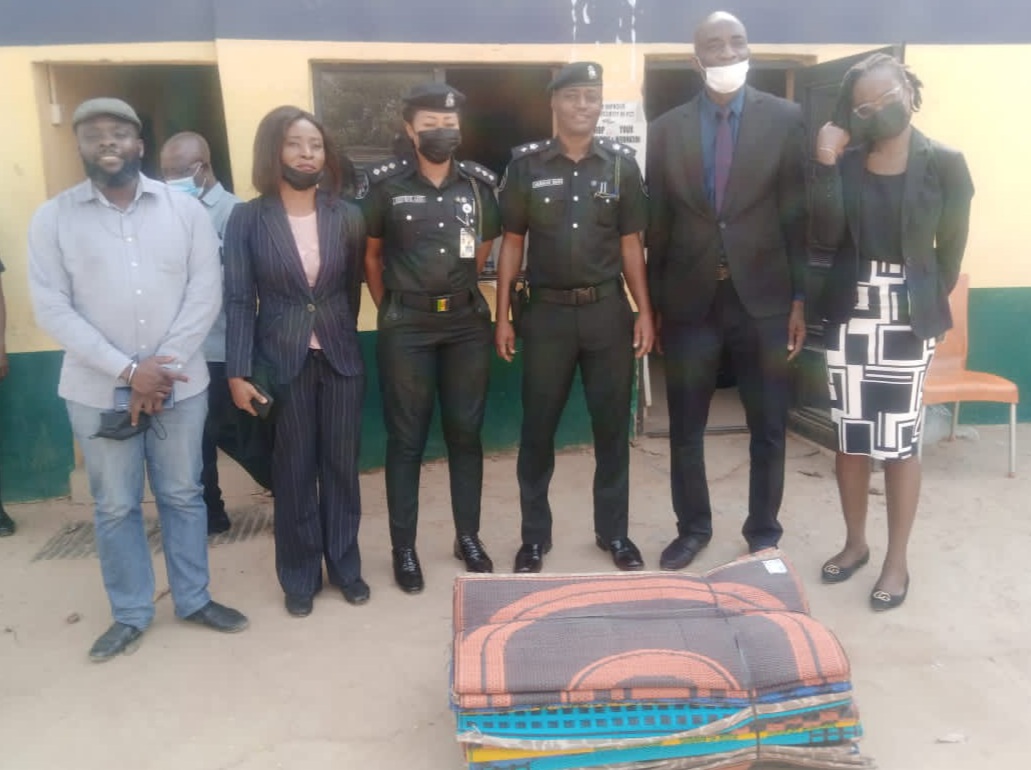 The presentation of the relief materials and the ACJMC Act Gazette was distributed as part of the custody management project to 25 Police stations in the FCT in a bid to ensure compliance with the Act.

Sulayman Dawodu, Secretary ACJMC FCT, stated that the objective was to ensure that detainees are offered a humane environment irrespective of the fact that they are in detention.

He explained that the ACJMC is offering these materials to ensure that detainees do not get to sleep on the floor and also to ensure that the stations we visit are in tune and compliance as this is a priority as they await trial.

“By this act we are setting the pace for ACJMCs at the state level to be a driving force, to ensure the act is replicated in the 36 states.

“For now, we decided to do this little as time goes on there will be an improvement and we will be donating something bigger, the idea is to start from somewhere and grow,” he said.

Speaking further, Dawodu disclosed that ACJMC is putting forward a Police Station Duty Scheme, which will provide lawyers for the indigent to assist in fighting their case.

“This will not be to usurp or override your office such that it will create loggerheads but will work within their jurisdiction to help those who are unable to get a lawyer to fight their cause and get justice,” he added.

The DPO of Utako station, Chief Superintendent of Police(CSP) Godfrey Victor, noted the Police to be the gateway to the Criminal Justice System as they are closer to the people and very important to the implementation of the Act.

Victor lamented that the detainees are not thought of in the scheme of things, though it is a good thing to fight for the compliance of the act as it regards detainees, but also the victims should be put into consideration.

“We appreciate your kind gesture and the need to educate us by the offering of the ACJMC Act, knowledge as we know is power, we will go through it and try to be compliant.

“The act I know is about improvement, this will be put to great use. There is a need to also consider the victim as they are most times not considered when the suspect is arrested.”

He reiterated the fact that the best ways to treat detainees should be with dignity as they too deserve respect as this could make them open to interrogations.

In the same vein, Harrison Oruruo DPO Wuye district disclosed that the staff under his command have familiarised themselves with the act for the implementation of custody management.

According to Oruro, the simplified version of the ACJA has been in use for the implementation of custody management to enhance the capacity and welfare of the detainees. He however stated that the new office building under construction will offer a better standard for operation.

The Wuse, Garki, Mabushi, Mpape Police Stations were also visited as part of the project activities.