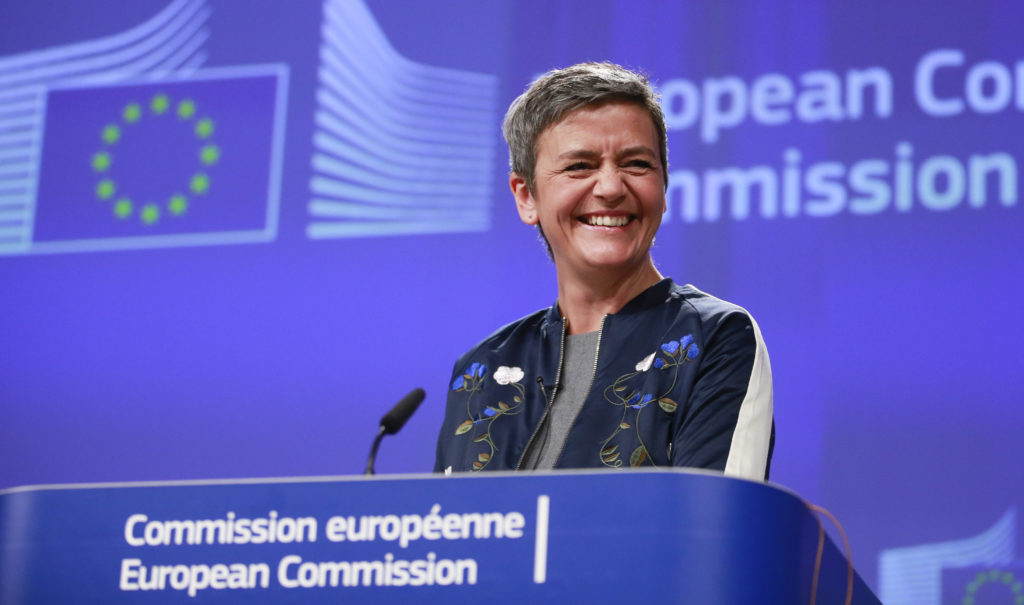 By Eromosele Abiodun and Deji Elumoye

Executive Vice-President of the EU, Margrethe Vestager, who is currently on a working visit to Nigeria, made the announcement during an Investment Round Table on NJFP, in Abuja.

Speaking at the event, Vestager said the EU’s intervention in the scheme, which would be contracted to the United Nations Development Project (UNDP), “is the first concrete commitment that EU is making in support of youth as part of our new multiannual programme with Nigeria.”

She said the programme would provide an opportunity for mentors who were already engaged in various industries, gained relevant experience and built capacity over the years to provide mentorship and support for young Nigerians.

According to the vice president: “Our objective in this programme is to support the creation of new green and smart jobs, such as tech and innovation, research and development, social, telecom, agriculture and green economy, for young graduates, including women and groups living in vulnerable situations. These are exactly the types of jobs we wish to promote under the Global Gateway Initiative.”

Speaking further, Vestager explained that the jubilee programme would provide a pathway for young Nigerians to gain work experience in top tier organisations, gaining relevant skills and building the right networks for the future in various sectors including information and communications technology, financial services, trade, manufacturing, agriculture and agro-processing.

“We believe that building the right skills and experiences across these sectors are important to sustain the economic growth we are experiencing.’’

Vestager expressed satisfaction that EU companies in Nigeria were already participating in the programme, even as she called on fellow development partners and the private sector to make the programme a success.

“The participation of EU companies shows the mutual benefits that the collaboration between the EU and EU companies can bring to economic development of Nigeria,” she said.

The EU vice president said the NJFP would build on other efforts of the EU to support young Nigerians such as its flagship programme, Erasmus which enables exchanges of students from Nigeria to EU countries, noting that between 2019 and 2021, 270 students from Nigeria have received scholarships to study in Europe.

Fellows registered under the programme would receive a monthly stipend of N100,000.00 paid fully by the NJFP.

This, she said, was part of a Global Gateway Africa-Europe Investment Package worth €150 billion announced recently by President of the EU Commission, Ursula von der Leyen.

Vestager, who spoke while leading a delegation of the EU Commission on a visit to the Vice President, Prof. Yemi Osinbajo, at the State House, announced an EU-Nigeria digital economy package of at least €820 million until 2024.

According to her, the package would help enhance connectivity, digitalise public services, support entrepreneurship and build digital skills, while developing a human-centric, democratic governance framework for technology.

Responding, Osinbajo welcomed the EU digital economy support, which he described as impressive noting that the use of digital technology was crucial in Nigeria’s recently released National Development Plan.

The vice president added that it was a relief that the EU supported the view canvassed by Nigeria that gas be considered a transition fuel as the global community moves towards net-zero emissions targets.

He said: “We are relieved to hear of the EU’s support on gas as a transition fuel. It’s some bit of relief. Nigeria has been in the forefront of the international advocacy on the issue.”

Issues discussed at the meeting included the use of digital technology, trade and investment, the importance of the energy relationship between Nigeria and the EU also featured, while a consideration of all options for increased supply of Liquified Natural Gas (LNG) from Nigeria to the EU was agreed to, following a request from the EU.

The importance of a renewed Nigeria-EU partnership was noted during the meeting, including expectations for a successful EU-AU (European Union – African Union) Summit in Brussels later this week, specifically from the 17th-18th of February.