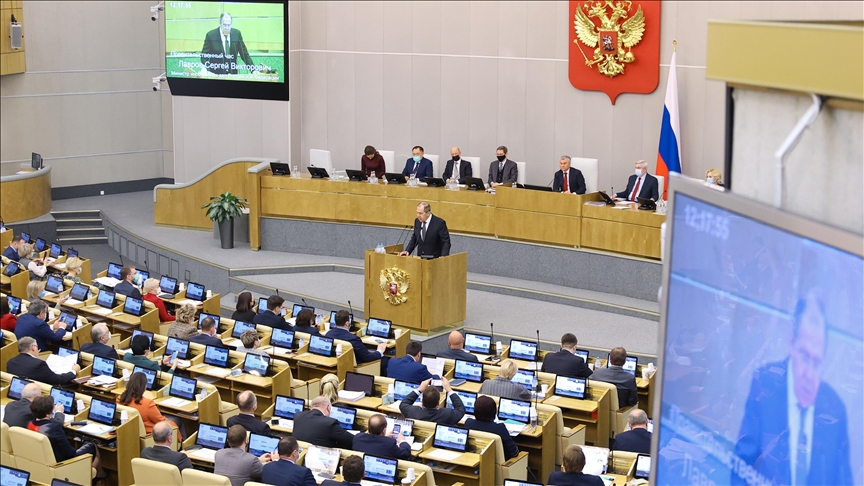 Russia’s parliament will vote on Tuesday to decide whether to ask President Vladimir Putin to recognize Ukraine’s breakaway regions of Donetsk and Luhansk as independent states.

A draft resolution submitted by the Communist Party and supported by the United Russia party that was put on the agenda of the lower chamber of parliament, the State Duma, was referred to a parliamentary committee.

According to the resolution, the call on Putin for the recognition of Donetsk and Luhansk will be first sent to the Russian Foreign Ministry for consultation.

The recognition would form the basis for the provision of security guarantees and the protection of the people there from external dangers, according to the resolution.

Russia annexed Ukraine’s Crimean Peninsula in 2014 in a move that has never received international recognition and which has been decried as illegal under international law.

Tensions between Russia, Ukraine and the West escalated over the weekend after Western media reports claimed that Moscow could launch an attack on Ukraine on Wednesday.

Moscow recently amassed more than 100,000 troops near Ukraine, prompting fears that the Kremlin could be planning another military offensive against its former Soviet neighbor.

Russia has denied that it is preparing to invade and accused Western countries of undermining its security through NATO’s expansion towards its borders.

The Kremlin also issued a list of security demands to the West, including a rollback of troop deployments from some ex-Soviet states and guarantees that Ukraine and Georgia would not join NATO.