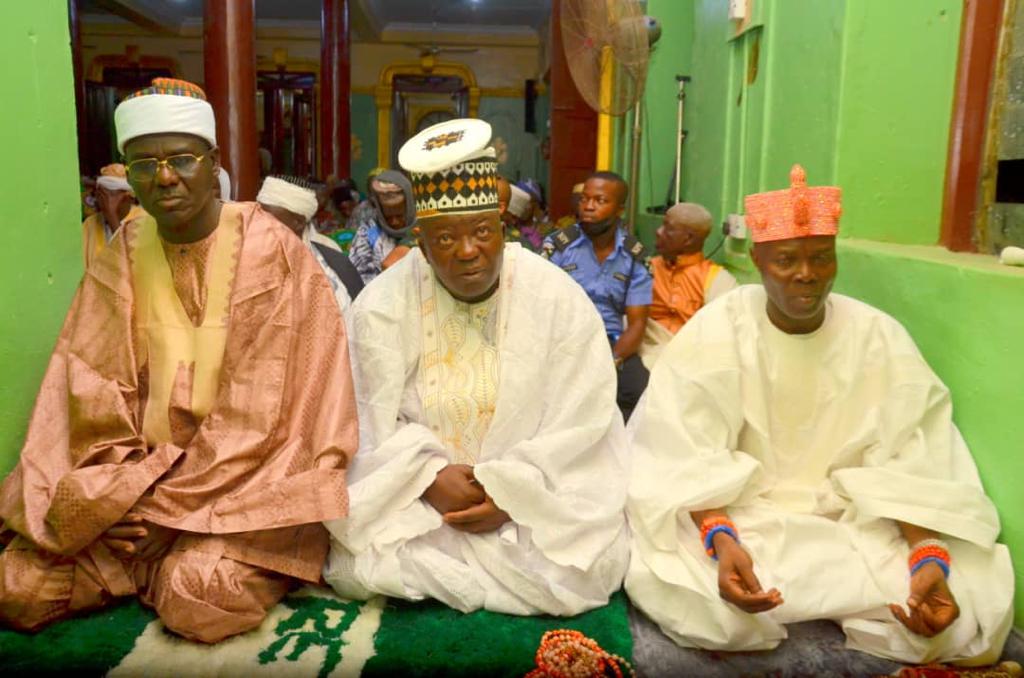 During the ceremony, Buratai and Adeosun were conferred with the traditional titles of Jagunmolu of Saki Kingdom (the Benevolent Warrior) and Akinrogun of Saki Kingdom (Unique Warrior Lover), respectively. The conferment took place at the palace of Okere of Saki, shortly after Jumma’at Prayer at Saki Central mosque.

Shortly after their conferment with the titles, which involved the traditional decoration with the spiritual leaves and presentation with other regalia and office paraphernalia, the Ambassador responded on their behalf.

He the Okere of Saki, for the honour and recognition, which he said they would not take for granted. He also reiterated their resolve to be loyal and dedicated to discharging their roles as holders of those titles. It is essential to state that the two Generals were the first non-indigenes of the Saki kingdom to be honoured with such prestigious traditional titles of the domain in special recognition of their numerous contributions to national development, peace and security.

Earlier at the Jumma’at prayer, the Chief Imam of Saki thanked Lt Gen Buratai (rtd) for his wonderful disposition towards the Saki kingdom while serving as Chief of Army Staff as manifested in the various humanitarian assistance to the domain.

He cited the establishment of the Command Science Secondary School, boreholes and other infrastructural development projects. In his response at the mosque, Lt Gen TY Buratai thanked them for the prayers and stated that what he did was part of the Nigerian Army’s humanitarian activities, referred to as corporate social responsibility, aimed at enhancing civil-military relations between the Nigerian Army and host communities. He expressed delight that the current Chief of Army Staff, Lt Gen Faruk Yahaya, has continued in the same vein.

He then prayed for peace in the country. He thanked the Saki community for their hospitality and the harmonious relationship between it and the military, security agencies and other ethnic groups living in the kingdom, which has helped in enhanced peace and security in the domain and urged them to continue in that regard.

Various dignitaries from different parts of the country witnessed the occasion. These include the General Officer Commanding 2 Division Nigerian Army, Major General GO Chibuisi and some of his commanders. Others were traditional rulers such as Olowu of Kuta; His Royal Majesty Oba Hammed Adekunle Makama Oyelude Oluwo of Kuta, and His Royal Majesty Oba John Oyetola Bolarinwa Olubiyi II Ajagungbade I  Onigboho of  Igboholand, as well as Doctor Manzo Ahmed and Brigadier General AK Lawal (rtd), amongst others.

Before the two events, dignitaries also graced a medical outreach conducted by Tukur and Tukur Foundation at Saki Town Hall.