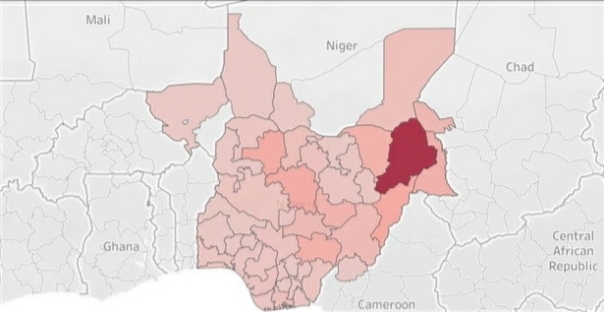 At least 101 persons including security personnel were killed in violent attacks across Nigeria in the last one week, the latest update by Nigeria Security Tracker has shown.

According to the report, no fewer than 22 persons were abducted within the period. These attacks were largely perpetrated by Terrorists, Gunemen and other criminals.

However, no fewer than 31 bandits, Boko Haram terrorists, Members of the Indigenous People of Biafra (IPOB) were killed by  security forced within the period from April 30 to May 6, 2022.

Below is a description of some of the most significant incidents of violence in Nigeria. This update also represents violence related to Boko Haram in Cameroon, Chad, and Niger. These incidents are included in

• April 30: Three gunmen and one soldier were killed during a clash in Anaocha, Anambra.

• May 1: A gang fight led to eight deaths in Agege, Lagos.

• May 2: Herdsmen killed one farmer in Ibarapa Central, Oyo.

• May 3: One police officer and two Indigenous People of Biafra (IPOB)/Eastern Security Network (ESN) militants were killed during a clash in Oguta, Imo.

• May 4: Two bombers accidentally killed themselves during an attack on an oil firm in Oguta, Imo.

• May 4: Three were killed during a clash in Gombe, Gombe.

• May 5: Six Boko Haram militants were killed by their own planted improvised explosive devices (IEDs) in Biu, Borno.