Former Israeli Prime Minister: Israel should stand up for Ukraine 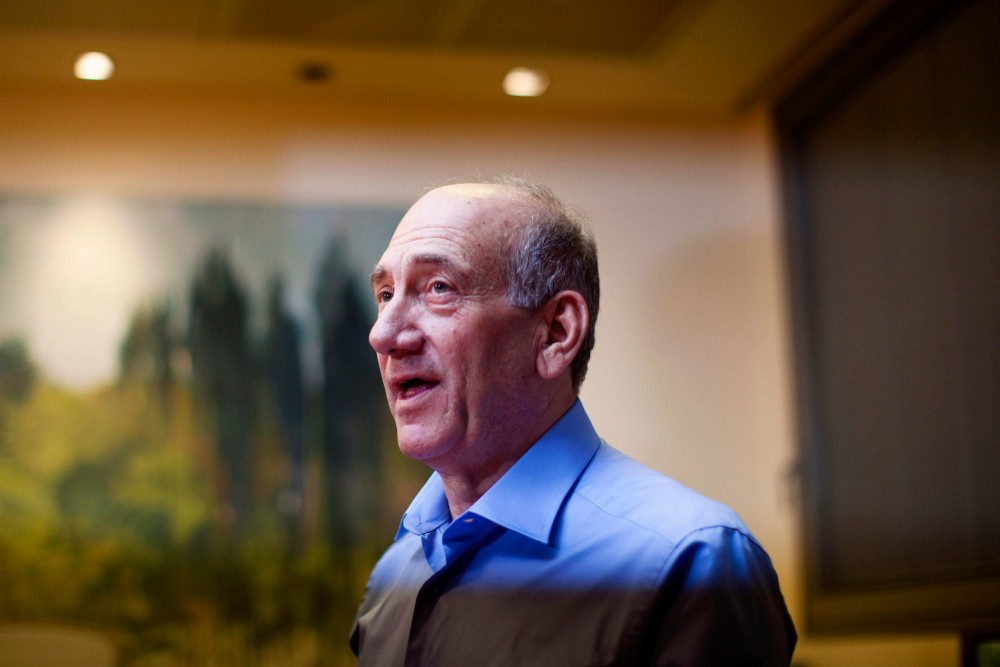 In Washington’s eyes, a country that receives $3.8 billion a year in U.S. assistance, identifies itself as a Western democracy, touts its strategic alliance and “shared values” with Washington, and relies on U.S. diplomatic interference in world venues could be expected to wholeheartedly support the Western effort to stop Russia’s invasion of Ukraine.

Instead, Israel has been walking a tightrope between Moscow and Washington, taking pains not to offend Russia despite abundant evidence of civilian fatalities from Russian assaults and 1 million Ukrainians fleeing to the West. Israeli Prime Minister Naftali Bennett has voiced support for the Ukrainian people’s suffering but hasn’t named Russia as the aggressor—not even when Russia bombed Babyn Yar Holocaust Memorial Center, the site of one of the worst atrocities to hit Ukrainian Jews during the Holocaust. Ukrainian President Volodymyr Zelensky noted his disappointment with Israel in an interview on Thursday.

Some speculate that Israel is staking out a role as a possible mediator to the conflict. Most analysts, though, believe Israel has tread carefully to preserve security cooperation with Russia, allowing Israel to strike Iranian-backed targets in Syria, including arms shipments for its Hezbollah proxy in Lebanon.

On Wednesday, Israel joined an overwhelming majority of other countries in the United Nations General Assembly’s condemnation of Russia. But it remains to be seen if that’s the start of a shift toward greater alignment with the United States and Ukraine in the current conflict, even as Israel’s posture comes under fire from staunch allies in Washington, such as Republican Sen. Lindsey Graham.

One of the most prominent Israelis to criticize the government’s posture is former Israeli Prime Minister Ehud Olmert. He spoke with Foreign Policy on Wednesday, just before the U.N. vote, arguing that Israel should support the United States at a time of extreme threats to the international order.

This interview has been lightly edited for length and clarity.

Foreign Policy: Should Israel be hewing closer to the U.S. position and be more supportive of Ukrainians?

Ehud Olmert: The government should have been clear cut in opposition to the militarily violent moves of the Russian government. We should have exercised the fundamental principles of moral integrity, which are supposed to characterize and have characterized the state of Israel for so many years.

It is true that the Russians are present in Syria with military force, and they can be disruptive if they want against the actions Israel needs to take against the Iranian presence there. But our commitment to the basic principles of moral integrity is a lot more important than the potential inconvenience we would encounter in Syria. Therefore, I thought the Israeli position did not reflect the real interests of the state of Israel.

FP: What are those interests?

EO: To stand by our friends; to be completely open to the desires and interests of the countries that are our allies, first and foremost the United States; and to oppose without any hesitation actions of violence and the military actions taken by the Russian government.

FP: What should Israel do now?

EO: We are not in a position to sanction Russia because there is nothing we can sanction it with. We are not in charge of the world economy and of international currencies and so on and so forth. But we should make every possible effort to assist Ukraine and assist the refugees who are suffering because of this confrontation and stand by our allies, first and foremost the United States.

FP: Do you think Israel will pay a price if it doesn’t do that?

EO: The question of price is not the main thing. The main thing for me is to be loyal to our principles and to our friends. We are making enormous efforts to interest the United States to assist us against a potential threat from Iran. I don’t remember that we ever expected Russia to do that. But we expect the U.S. to do it. So there must be a mutuality in our relations with the United States.

It is entirely inconceivable to me that when America gives us $3.8 billion a year in foreign aid; when it finances the Iron Dome [missile defense system], which helps saves the lives of Israelis; when it cooperates with us in every aspect of our security, of our lives; that when America is engaged in a dispute with another world power that we will try to find a comfortable way not to be identified with those who are our friends and supporters.

FP: So you think Bennett should start saying the word “Russia?”

FP: Does Israel’s position risk separating it from the rest of the Western world?

EO: I hope not. Had we said from the beginning, “We criticize Russia unequivocally. We are against what Russia is doing. We think that Russia has violated everything that is the basis of international order,” then that would have been accepted by everyone as the most natural reaction of the Israeli government.

FP: Is that argument based on morals or on realpolitik?

EO: Based on my experience at the highest level of government, including as prime minister, I think being moral and decent is in the real interest of countries, especially a country like Israel, which needs almost continuously the assistance and support of the international community. Israel cannot behave in a way that is not congruent with what we expect others to do when we are in a similar situation.

Ben Lynfield is a former Arab affairs correspondent at the Jerusalem Post. He has written for the National, the Independent, and the Christian Science Monitor