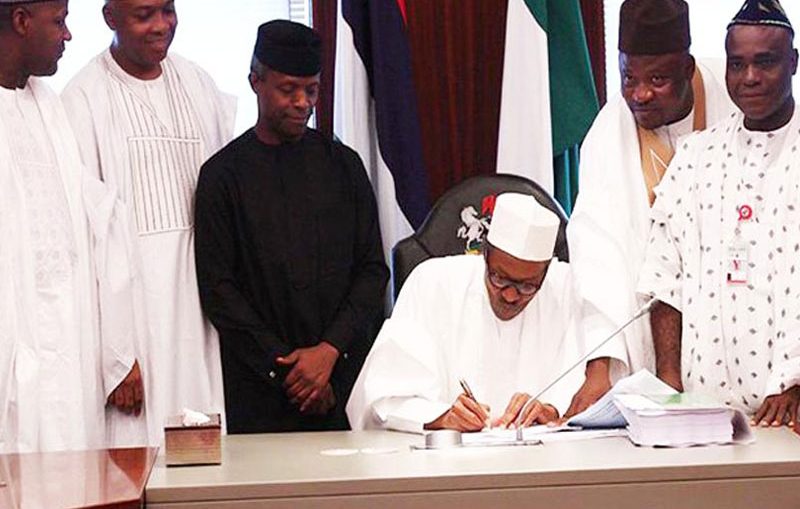 The Civil Society Legislative Advocacy Centre (CISLAC) has urged President Muhammadu Buhari, to work towards scrapping allocation of security votes worth of over N241 billion to state governors during his second term in office.

This call was made on Friday by the  Executive Director, CISLAC, Mr. Auwal Musaa Rafsanjani, during a news conference tagged “Setting the Anti-corruption Agenda for the Incoming Administration” in Abuja.

Rafsanjani, said the call became necessary because state governors routinely claim not to be in charge of the security apparatus in their states while they receive huge sums as security votes, this begs for an explanation.

He said: “CISLAC and other civil society groups have been consistent in proposing immediate solutions which is to ban senseless security votes which accounts in total for around N241.2billion.

“This is a sum that exceeds 70 per cent of the annual budget of the Nigeria Police Force.”

“As the president begins his second tenure, there is need to make defence budgets more accessible for public scrutiny.

“Appoint civilian oversight in charge of military procurement and encourage the culture of reporting corruption within the ranks and files of the Nigerian Armed Forces,’’ he added.

According to Rafsanjani, corruption in the defence and security sector contribute significantly to the human despair and economic stagnation across Nigeria.

He said while the Nigeria defence budget soared more than 500 per cent in the last 10 years, insecurity and breakdown of the rule of law in some parts of the country had continued unabated.

He said the recent revelation by the Inspector-General of Police that 1,071 persons were killed while 685 were kidnapped in the first quarter of 2019 is alarming.

He said CISLAC regretted the rejection of the reform bill by the House of Representative that would have tackled some of the issues.

“These were recommendations articulated and received from a wide range of stakeholders working across the anti-corruption issue raising concerns as to the usefulness and genuineness of the motive of having security votes in place,” he said.

Rafsanjani further urged the President to in the next four years ensure the passage of the Petroleum Industry Bill and other related legislations to entrench reforms in the sector.

He said for Nigerian democracy and governance to be preserved, the origins of huge assets of Nigerian real owners needed to be disclosed.

“Let me recall that out of the 110 Nigerians present in the infamous panama papers scandal, precisely zero has been prosecuted.

“In other countries, governments fell, individuals were held accountable while in Nigeria, they are even admired by blinded constituencies,’’ he said.

According to Rafsanjani, the next phase of Buhari’s corruption fight should be anchored on clear anti-corruption strategy, active involvement of citizens among others.

He said the fight should prioritise prevention and sanction to win back public support.