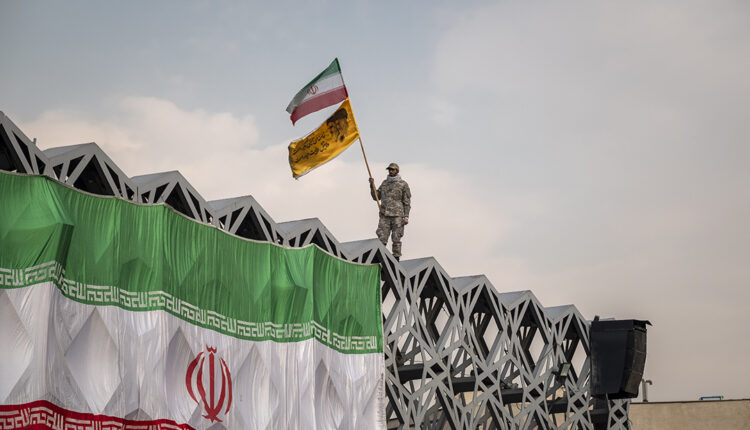 It’s impossible to say how many lives might have been saved when five people connected to a branch of Iran’s Islamic Revolutionary Guards Corps (IRGC) were arrested last year in Ghana, Senegal and Tanzania.

The five were recruited by the Quds Force, an IRGC arm, which has a growing presence on the continent. The people were suspected of planning attacks against businesspeople and tourists on safari. Authorities reported the arrests in November, although it was unclear when the arrests were made.

It was the second time in 2021 that Iranian terror plots were thwarted in Africa with help from Western agencies. In February 2021, joint intelligence agencies prevented Iranian-backed cells from conducting attacks on foreign embassies in Ethiopia and Sudan.

Iran has a long, complex history of attempting to spread its influence on the continent, but its attempts to indoctrinate people, recruit and train terrorists, and gather intelligence about Western and Middle Eastern powers has gained momentum in recent years.

Iran’s “policy towards the continent was historically driven by expediency and aspirations to export its 1979 revolutionary worldview,” Glen Segell, visiting professor and research fellow in the Department of Political Studies and Governance at the University of the Free State in South Africa, told ADF in an email. “However, its adoption of an Africa pivot policy was also in response to the need to fight sanctions and isolation — by building partnerships with state, substate and nonstate actors on the continent.”

The operational mobility of the Quds Force, and its ability to build contacts with those actors, as well as with civic and religious groups and the business community in Africa, helped Iran build “strategic depth,” Segell added.

Working through Lebanon’s Hezbollah militia, Iran has supported radical groups in Africa, according to The National Interest magazine. Through Hezbollah, Iran has supported the rebel group Polisario Front in the Western Sahara and surrounding regions since at least 2017. Morocco severed diplomatic ties with Iran as a result. Iran also is thought to be actively recruiting fighters in neighboring Mauritania and Tunisia.

“It’s no longer accurate to just speak about Iran in West Africa,” a high-ranking Moroccan official told The National Interest. “The Iranians are all over the continent now.”

In the Central African Republic, the Quds Force works with Hezbollah to recruit and train members of an armed group called Saraya Zahra, with the goal of carrying out attacks on strategic targets in the region. Iran uses similar strategies in Cameroon, the Democratic Republic of the Congo (DRC), Ghana and Niger.

Iran also has been indirectly involved in the yearlong war in Ethiopia’s Tigray region, supplying the Ethiopian Air Force with at least two combat drones. In addition rebel casualties, drone strikes destroyed infrastructure and killed civilians, including 17 people working at a flour mill on January 10 and at least 56 at a camp for displaced people on January 7.

After the outbreak of the Iran-Iraq War in 1980, Iran’s policy in Africa sought to limit the influence of rival Middle Eastern powers on the continent, Segell said.

By the late 1980s, Iran had built political capital in Africa “by encouraging conversions across the continent to Shi’i Islam and supporting Africa’s anti-apartheid movement,” Segell said. “Simultaneously, Iran implemented construction and development projects in the continent through the Jihad-e-Sāzandegi, an organization established to help ‘oppressed’ communities worldwide.”

Iran also established a network of Al Mustafa International University branches in Africa, which the IRGC and Quds Force use to recruit intelligence sources and indoctrinate locals. In December 2020, the U.S. Treasury Department placed sanctions on the university for its IRGC-Quds recruitment practices.

The university has branches in the DRC, Madagascar, Niger and South Africa, according to the Hoover Institution, a U.S. public policy think tank.