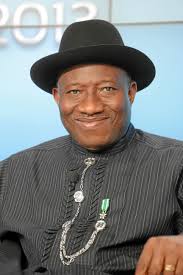 Former President Goodluck Jonathan has rejected the N100 million presidential forms of the ruling All Progressives Congress (APC) purchased for him, decribing it “an insult to his person”.

A coalition of northern groups , had late Monday purchased  the nomination and expression of interest forms for him to run for 2023 presidency on the APC platform.

An aide to President Muhammadu Buhari, Bashir Ahmad, had claimed that the former president had dumped the opposition Peoples Democratic Party (PDP) for the ruling APC to contest the presidency.

“So Goodluck Jonathan has dumped the opposition PDP and (is) now a member of our great party, the All Progressives Congress (APC).

“With this Goodluck Jonathan’s political new development, I am sure, very sure some people are currently busy digging out our pre–2015 elections’ tweets to create a conversation or make a point,” Bashir had said in separate tweets late Monday.

But reacting to the development in a statement by his media adviser, Ikechukwu Eze, the former president disowned the group that bought the forms for him and urged members of the public to disregard them.

“It has come to our notice that a group has purportedly purchased Presidential Nomination and Expression of Interest forms, of the All Progressives Congress APC, in the name of former President Dr. Goodluck Ebele Jonathan.

“We wish to categorically state that Dr. Jonathan was not aware of this bid and did not authorize it.

“We want to state that if the former President wanted to contest an election, he would make his intentions clear to the public and will not enter through the back door.

“While we appreciate the overwhelming request by a cross-section of Nigerians, for Dr. Jonathan to make himself available for the 2023 Presidential election, we wish to state, that he has not in anyway, committed himself to this request. Buying a presidential aspiration form in the name Dr. Jonathan without his consent, knowing the position he had held in this country, is considered an insult to his person. The general public is therefore advised to disregard it,” Eze stated.