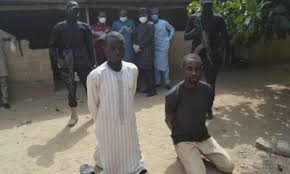 The Kano State Government has ordered the immediate closure of the private school, Noble Kids Academy, where five-year-old pupil, Hanifa Abubakar, was said to have killed and buried.

Hanifa was allegedly abducted on December 4, 2021 by Abdulmalik Tanko, proprietor of  the school. Tanko N6million.

“On investigation, Abdulmalik confessed that the victim, Hanifa was his student at a private school in Kwanar Dakata, Nassarawa LGA, Kano State. He kidnapped her and took her to his house where he contacted her relatives and demanded a ransom of Six Million Naira (N6,000,000),” the Public Relations Officer of the Kano Police Command, Haruna Kiyawa, said on Friday.

“On the 18/12/2021, having realised that
the victim recognized him, he claimed to have poisoned her to death, conspired with one Hashim Isyaku and buried her in a shallow grave within the private school premises located at Kwanar ‘Yan Gana, Tudun Murtala Quarters, Nassarawa LGA, Kano State.”