Meet Nigerian Student who is first African to win $10,000 AFS Award in US 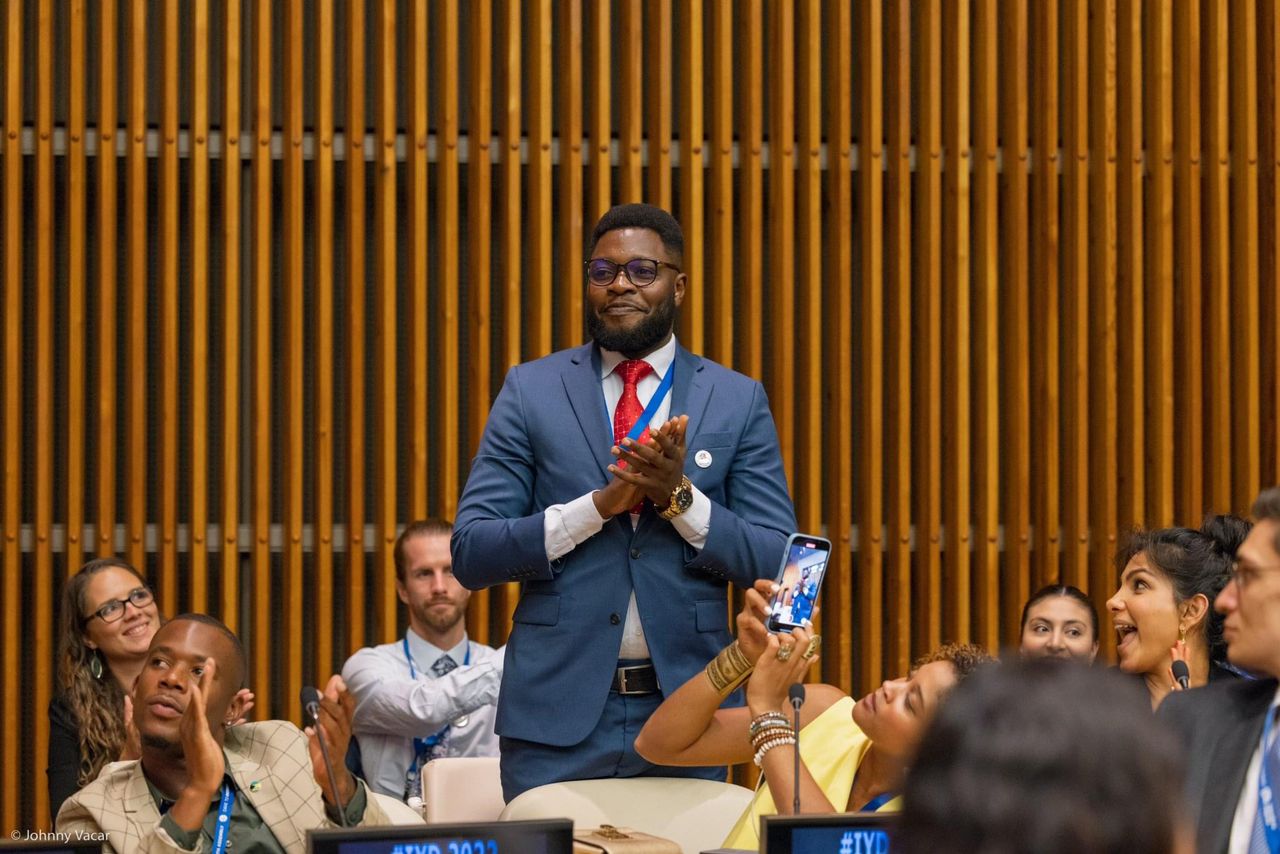 Noel Ifeanyi Alumona, a Nigerian who is currently studying in Vanderbilt University, United States of America has won the 2022 AFS Award for Young Global Citizens, making him the first African to clinch the prize since its inception in 1914.

He received a cash prize of $10,000 in recognition of his vigorous campaign to end violence against women and girls through proper orientation of boys on responsible behaviour.

The award was presented during the International Youth Day organized by the United Nations Global Communications Department, the AFS Intercultural Programs and the Youth Assembly at the United Nations headquarters in New York on the 14th August.


The AFS Award for Young Global Citizens recognizes the work of young people around the world for their commitment in improving the global community and contribute to a more just, peaceful, and tolerant world. Aside the star prize winner, Mariana Reyes and Larissa Cevallos emerged second place winners with $2,500 prize award.

Noel Ifeanyi Alumona triumphed over 500 other contestants after a rigorous selection process and interviews, from where 10 finalists were selected from over 200 applications. The winner, who is also a 2018 Obama Foundation Fellow of the African Leaders programme, explained that the inspiration for the formation of Boys Champion came in 2018 after his meeting with Barack Obama in Johannesburg as an Obama Foundation Fellow. It was an encounter that transformed his worldview and ignited in him the flaming zeal to make a positive impact in his community.

Who is Noel Ifeanyi Alumona?

On October 1, 2018, he formed the Boys Champions as a youth focused group committed to providing safe space for young boys and training them to become part of the solution to ending societal violence and prejudice against women and girls in Nigerian communities.


Alumona, who is presently pursuing a graduate degree in Special Education in the United States, said he has remained passionate about youth development, education and more specifically on ways to improve access to quality education in underserved communities. As part of the mentorship programme targeted at youths, he said his organization would organize a leadership conference in Enugu State where speakers from the United Nations, Harvard University and Vanderbilt University would tutor participants on leadership. He urged the Nigerian Diaspora Commission, government agencies and corporate organisations to key into the project for youth empowerment and training of future leaders.


Recounting his past experiences in his community, Udenu LGA, Enugu State, Noel explained that he spent over five years in classroom teaching, monitoring and evaluating students’ performance. He expressed on the poor attention given to Special Education of kids with Learning Disabilities and Emotional Behavioral Disturbances. He warned that the neglect of children with special needs and other vulnerable groups does not guarantee an inclusive education system, which every country should aspire to achieve.


Both the presidency and Abike Dabiri, chairman/CEO, Nigerians im Diaspora Commission (NIDCOM) has congratulated Alumona. President Muhammadu Buhari in a congratulatory message noted the responsiveness, kindness and sacrificial spirit of the Nigerian student.


The President extoled Alumona for his outstanding character and dedication to helping others, particularly for attracting global spotlight to Nigeria, in recognition of his vigorous campaign to end violence against women and girls through proper orientation of boys on responsible behaviour.


Dabiri, in a statement on Monday said, “We have followed up on your success story and we are all so proud of you and how far you have come. We wish you the very best in your endeavours and the Commission will be glad to receive when next you are in Nigeria. Congratulations once again.”