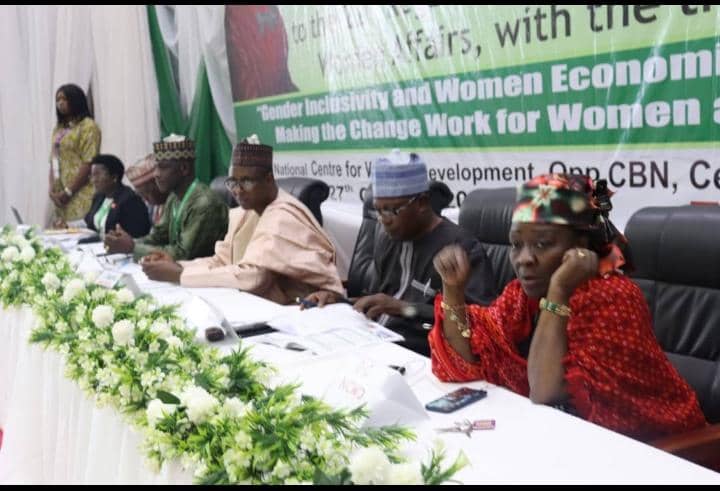 Permanent Secretary at the Ministry of Women Affairs Aliyu Shehu -Shinkafi, has expressed the ministry’s commitment to the economic growth of women, stressing the need to combat the effects of climate change on women.

Shinkafi stated this Wednesday in Abuja, while responding to questions from the media at the ongoing 22nd Regular National Council on Women Affairs (NCWA) being held on the theme, “Gender Inclusivity and Women Economic Empowerment: Making the Change Work for Women and Children”.

He assured that the ministry would continue to implement policies and programs that would empower women economically to be financially independent and improve the nation’s economy.

He also encouraged organisations to partner with the ministry in providing affordable  renewable energy, particularly cooking stoves for rural dwellers that would resolve issues concerning climate change and reliance on firewood for cooking.

On the issue of Gender Based Violence (GBV), the permanent secretary said one of the memoranda discussed during the 2021 NCWA agreed that all states should establish a situation room to address the menace.

“During last year’s council, it was resolved that all the states should have situation rooms and most states as of today have them, which are meant for collecting data on GBV and other vices happening day by day. This data is used by our development partners to access and assist the country,” he said.

Earlier,the CEO Women Chamber of Commerce, Agriculture, Mines and Industry (WCCI), Hajiya Zainab Mohammed, in her presentation titled “Women in Commerce, Trade and Investment: imperative for Economic development in Nigeria”,  described women as the vocal cords for a substantive growth and development of a nation.

She noted the benefits of connecting the African women entrepreneurs with the global economy, adding that in agriculture, Local production, real estate, telecommunication, oil and gas, import and export will  address issues around climate change affecting rural women farmers.

He noted that insecurity, deforestation, desertification,climate change, health challenges such as respiratory illness, lung cancer, cardiovascular disease, bronchitis, pneumonia and Chronic Obstructive Pulmonary Disease (COPD) are associated with the use of fire wood.

He therefore called on the ministry and other stakeholders to partner with it in providing Save80 improved stoves to rural women as a means to empower them, including them in the fight against deforestation and combating climate change.