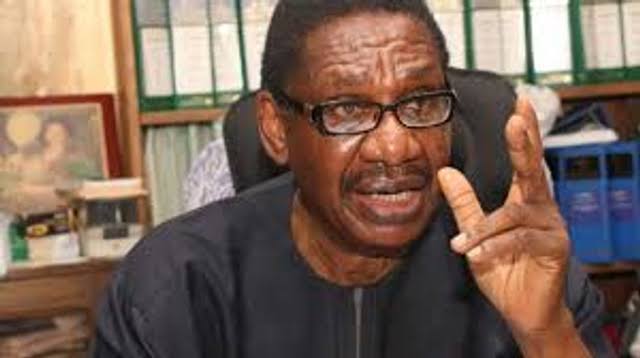 The Presidential Advisory Committees against Corruption (PACAC) has condemned the 2021 Report of the United States of America (USA) on corruption in Nigeria stating that the report is not a reflection of the reality on ground.


The chairman, speaking at a media parley in Abuja said, “The Report fails to acknowledge that today, there are many safeguards like IPPIS, BVN, TSA, Transparency Portal, Whistleblowing Policy, better Banking regulations, assets declaration, etc that have remarkably reduced corruption in Nigeria. These interventions by this government and its Agencies have done exactly that.

“Today Constituency projects are tracked, Budget padding is gone; bribe for budget approval is no more, fuel subsidy scam has been eliminated, sleeze in NDDC is halted, P&ID, OPL 245 Scams are under investigation and trial and numerous forfeited assets are being auctioned and the proceeds ploughed into the highly successful, social investment programme, the second Niger Bridge and other major infrastructural projects” he added.


Sagay argued that the US report fails to note that it is these Internet fraud boys and their like that mature into local and international oligarchs. So, nipping it in the bud should be a plus not a minus. In any case are Abba Kyari, Hushpuppi, Mompa, the Ex-Registrar of JAMB, Senior civil servants whose illegal properties have been seized, former National Assembly members like Faruq Lawan actually in jail, former Bank PHB Executive, former Governors, Deziani Alison Madueke former Minister of Petroleum Resources etc, not high profile? Moreover, all the recovered assets from outside, Nigeria now over 1 billion dollars belonged to high profile looters.


While commending efforts of the Anti-Corruption Agencies, he urged the collaboration of the judiciary, executives, education institutions and governments at the state and local level to prioritize sensitization and fight against corruption in the country.