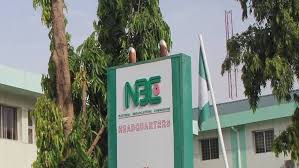 Media Rights Agenda (MRA) on Thursday called on the National Broadcasting Commission (NBC) to rescind its decision to impose fines of N5 million each on a television station and three pay TV platforms over documentaries.

The Commission argued that the documentaries on banditry undermed Nigeria’s national security, saying the regulator’s action is wrong and unjustifiable in a democratic society.

The NBC announced in a statement on August 3, 2022 that it had imposed sanctions of N5 million each on Multichoice Nigeria Limited, owners of DSTV; TelCom Satellite Limited (TSTV); and NTA Startimes Limited for carrying a documentary by the BBC Africa Eye titled “Bandits Warlords of Zamfara”, which the Commission claimed glorified the activities of bandits and undermines national security in Nigeria. It said it had also fined Trust-TV Network Limited N5 million for its documentary titled: “Nigeria’s Banditry – The Inside Story”.  It accused them of contravening the provisions of the Nigeria Broadcasting Code, Sixth Edition, especially Paragraphs 3.1.1, 3.12.2 and 3.11.2.

However, in a statement by its programme director, Mr. Ayode Longe, MRA described the NBC’s action as unconstitutional and repressive, threatening to take legal action against the commission if the measures are not reversed.

Mr. Longe said:  “We have no doubt that the decision to sanction the platforms and television station was actually taken by the Federal Government and is being enforced through the NBC in an effort to punish them for portraying the Government in bad light as it is clear that the Government is embarrassed by its inability to address the challenge posed by the so-called bandits to the safety and security of Nigerians and members of the public at large.”

According to him, “It is our view that the reporting by the television station and the platforms is consistent with role assigned to the media by Section 22 of the Nigerian Constitution to uphold the responsibility and accountability of the government to the people, in this case, with respect to the security and welfare of the people. It is ironic that while the government regularly dialogues with the so-called bandits and pays them obscene amounts in cash as ransom, thereby enabling their activities further, it has chosen to sanction media platforms for merely reporting on the bandits and the security challenge that they pose to citizens.”

Mr. Longe criticized the NBC for allowing itself to be used by the Federal Government as a tool for the censorship of broadcasters and broadcast platforms when it should be playing the role of an independent regulatory authority in accordance with internationally established norms and standards for media regulators.

He said:  “We find it abhorrent that the NBC is once again the law maker, the accuser, the prosecutor, the judge and the enforcer, all at the same time, contrary to the well-established principle of law that no one should be a judge in his own cause. It is even more repugnant that the NBC has accused the broadcast station and platforms of offenses which constitute crimes under our laws and has proceeded to find them guilty of these crimes, thereby usurping the function of the courts under our Constitution.”

Mr. Longe called on the NBC to seek appropriate guidance in the performance of its functions as the regulatory authority for broadcasting in Nigeria in order to stop bringing Nigeria into ridicule before the international community.