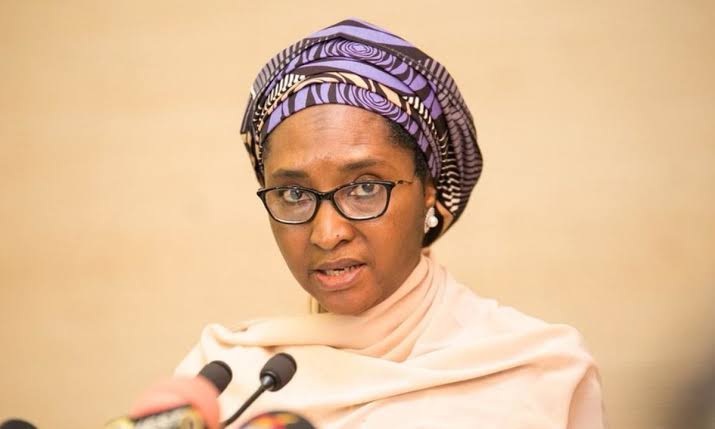 The proceeds of the N250 billion Sovereign Sukuk issued last December by the Debt Management Office (DMO) would be released as part of the 2021 capital expenditure, the federal government on Thursday revealed.

Speaking at the symbolic cheque presentation ceremony of the N250 billion Sukuk proceeds to the implementing ministries, The Minister of Finance, Budget and National Planning, Mrs. Zainab Ahmed said this is in line with the Appropriation Act, which had been extended to March 31, 2022 by the National Assembly.

The Minister also disclosed that a total of N3.4 trillion had been released for capital projects as of November 2021.

She said that since the emergence of Sukuk as a financing window for infrastructure in September 2017, a total of N362.557 billion had been released to the Federal Ministry of Works and Housing to fund key road projects.

The Minister said in view of the significant milestones recorded in the use of Sukuk funds in the reconstruction and rehabilitation of road infrastructure, with visible evidence, the government decided to incorporate other ministries with critical road projects into the Sukuk funding structure.

She said: “Today, we have the Federal Capital Territory Administration (FCTA) and Ministry of Niger Delta Affairs (MNDA) joining us.

“The three ministries (FMWH, FCTA and MNDA) will be sharing the Sukuk issue proceeds of N250 billion, which was successfully issued by the Debt Management Office (DMO) on behalf of the Federal Government of Nigeria on December 29, 202.”

On the performance of the 2021 budget Ahmed noted that as of November 2021, N3.4 trillion had been expended on capital projects, which represents over 74 per cent performance when compared to the total capital budget of N4.569 trillion.

She said out of the released N3.4 trillion, N2.98 trillion represents 83 per cent of the provision for ministries, departments and agencies (MDAs’) capital, N369.9 billion for Multi-lateral/Bilateral Project-tied loans, and N49.52 billion as Government Owned Enterprises (GOEs) capital expenditure.

Ahmed said: “I wish to congratulate the DMO for the introduction of the Sovereign Sukuk and for the successes recorded in raising the funds through the product, which now stands at a total sum of N612.557 billion,” the minister said.
In her remarks, the Director General, DMO, Ms. Patience Oniha expressed delight that since the debut N100 billion Sover6Sukuk in September 2017, the DMO had issued three more, getting better each time and bringing the total amount so far raised through the Sukuk window to N612 557 billion.

Oniha noted that the introduction of Sukuk as a source of raising funds for government has improved road infrastructure across the six geo-political zones.

According to her, the acceptance of Sukuk by investors and the verifiable evidence of its benefits had encouraged some state governments and institutions to raise funds through Sukuk issuance.

Oniha on the last Sukuk issued in December 29, 2021 said the level of investor interest in the product was evident from the subscription of over N865 billion received from diverse investors for the N250 billion offered.

Also speaking at the event, the Minister of Works and Housing, Babatunde Fashola highlighted some of the results achieved with the proceeds of Sukuk since its debut in 2017.

The minister added that the third Sukuk issued in 2020 for N162 billion was deployed to 44 roads with a total of 757 kilometers of roads delivered.

Fashola however noted that: “Many of the roads have been awarded before we came and it was not funded. And each year Sukuk commits to milestone kilometers you must deliver with this money and the managers with the consultants and our people go to sites to monitor and verify before payment is made.

“But another impact of it is that it has helped to create a consistent employment and engaged for 97 construction and contracting companies who are keeping people at work. We are demanding supply and diesel, bitumen, asphalt, concrete and that is how the money is moving round the economy.”

Ministers from the two other implementing ministries of the N250 billion Sukuk procceeds, the FCT Minister, Mohammed Bello and his Niger Delta Affairs counterpart, Senator Godswill Akpabio were at the event.