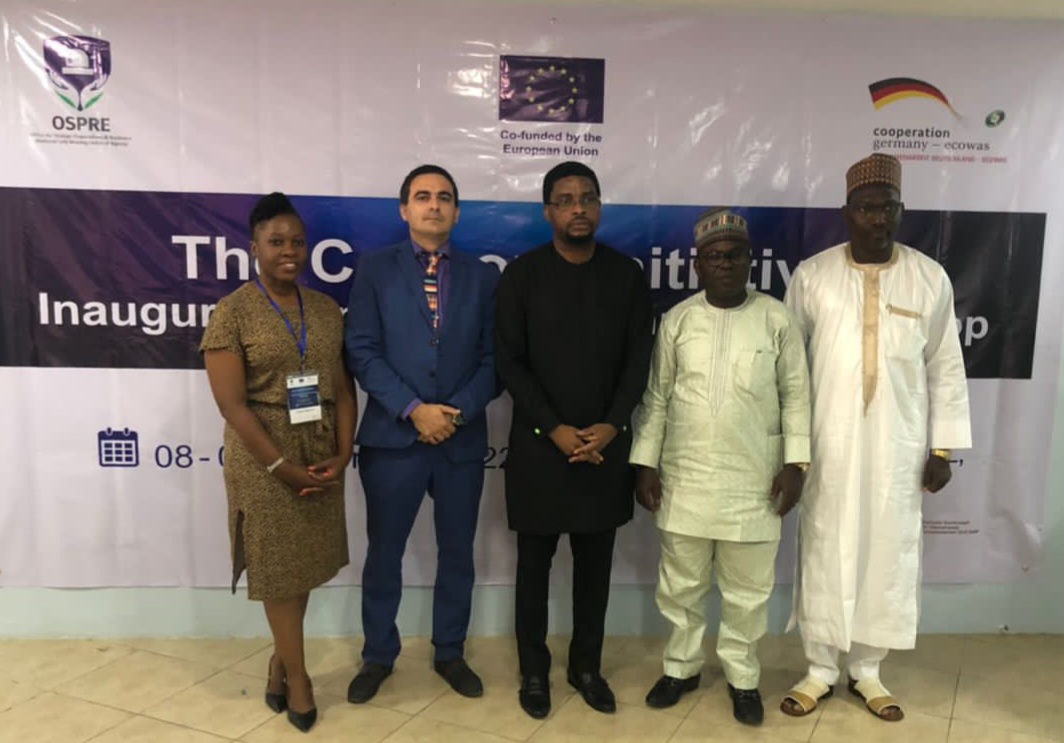 *OSPRE harps on a multi-dimensional approach

The federal government through the Office for Strategic Preparedness and Resilience (OSPRE) on Thursday stressed the need for synergy among actors and stakeholders in the peace-building, early warning, and early response sectors.

Speaking during the inaugural summit and technical workshop of the Concord Initiative, the Director General of OSPRE,  Chris Ngwodo, lamented the gap between civil society actors and state actors. “If both parties form synergy, there would be better results in the Peacebuilding and early warning and early response sector,” he said

Ngwodo said synergy is what is required at this time, hence this concord initiative aims at pulling together stakeholders in this sector to coordinate efforts, ideas, and resources in the operations across the country.

According to him, the inaugural summit which was organized by OSPRE with the support of GIZ and the European Union would look into bridging three  major existing gaps in the sector; “the gap between civil society actors and state actors, the national level and the sub-national level actors and the movement from being more tactically oriented to being more strategically minded”

“There are state actors in the early warning and early response space, we have the national level and the sub-national level actors. So we have organizations that are working in the states and those working in communities. We want to partner with them because we operate at the federal level, we want to partner with them. The third gap we want to close is to move from being more tactically oriented to being more strategically minded. And that means having a long-term approach to peacebuilding in our daily response” Ngwodo explained.

In his remarks, the representative of the European Union, Ruben Alba reiterated the need for the government to collaborate with civil society in the Peacebuilding sector

He said, “We are supporting this Concord initiative because we want to create a platform where all the stakeholders including the government and the civil society can make a concerted effort to fight against insecurity and insurgency facing the country.”

While speaking at the inaugural event, Garba Abari, Director General of the National Orientation Agency (NOA), called on every citizen to participate in building peace and security in the country especially as the 2023 election draws near.