Skip to content
EUROPE RUSSIA AND EUROASIA US AND CANADA 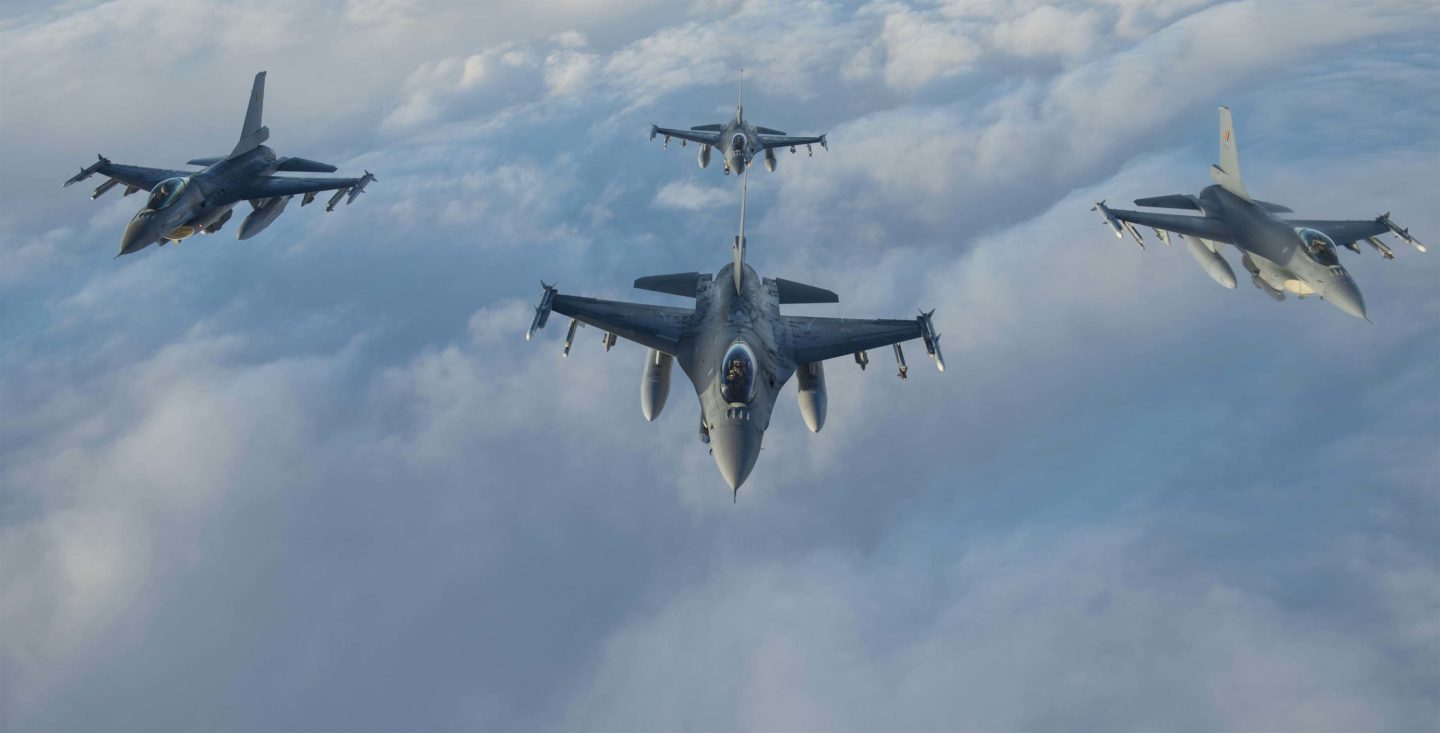 Military commanders from NATO countries are working the phones with their Russian counterparts to make sure the U.S. and its allies don’t get dragged into a war over a misunderstanding on the Ukrainian border.

In the past 24 hours, Russian missiles landed near Lviv, the city in western Ukraine that has been a gathering point for people fleeing the conflict. At the weekend Russia hit a military facility in the region about 22 miles from Poland and last week a reconnaissance drone darted through several eastern European countries before crashing in the Croatian capital Zagreb.

Western officials are worried that a more serious episode — if say a Russian missile struck NATO territory — could trigger an escalation and bring them into conflict with Russia.

A clash between the world’s two biggest nuclear powers is the nightmare scenario that military planners have worked to avoid since the Soviet Union acquired its first atom bomb at the start of the Cold War. The invasion of Ukraine has brought such a prospect into the calculations of leaders on both sides for the first time in a generation.

Russian President Vladimir Putin placed his nuclear forces on high alert at the end of February and has warned NATO not to interfere in Ukraine. Secretary of State Antony Blinken has said repeatedly that the U.S. is ready to defend any incursion by Russia into NATO territory.

But officials say they don’t want to stumble into a conflict just because someone made a mistake.

“With more military activities in the air, with drones, with planes, there is a risk,” NATO Secretary General Jens Stoltenberg told reporters this week ahead of a summit of alliance defense ministers. “We have to make every effort to prevent such incidents and accidents and, if they happen, to make sure that they don’t spiral out of control.”

Russian forces so far haven’t sought to provoke or engage allied forces, NATO officials say, even as they continue to bomb Ukrainian cities and attempt to regroup from initial failures and advances slowed by Ukrainian troops.

Still, convoys of weapons that the U.S. and its NATO allies ship to Ukraine are “legitimate targets” for Russia’s military, Deputy Foreign Minister Sergei Ryabkov said March 12 on state television, calling the deliveries a “dangerous move.”

That followed an earlier warning by Deputy Foreign Minister Alexander Grushko of the dangers of confrontation between Russia and NATO. “Risks do emerge,” Grushko told Rossiya 24 TV on March 2. “There are no guarantees there’ll be no incidents and no guarantees that these incidents couldn’t escalate in an absolutely unwanted direction,” he said.

On the NATO side, Stoltenberg said allies have stepped up monitoring of their airspace and borders as a result of the increased risk.

Most of the countries neighboring Ukraine are members of NATO, which binds nations to defend each other in the event of an attack. So one miscalculation from the Russian side could drag all 30 allies into the conflict, and most significantly the U.S.

The allies are deploying surveillance planes and new so-called Patriot batteries as part of the beefed up presence on its eastern borders.

The Patriots can shoot down attacking missiles and also have high-tech sensors that help in identifying what’s in the air, which is key to avoiding misunderstandings, senior NATO military officials said. In addition, allies already have combat air patrols combing the skies so they wouldn’t have to launch from the ground in the event they had to react quickly, the officials said.

The conversations between military commanders from the two sides aren’t easy, according to a senior European diplomat. But officials do exchange information about troop movements and other plans, the diplomat said.

The U.S. set up a similar mechanism in Syria to avoid conflict with Russian forces. In August 2020, after reports of a collision with Russian vehicles, the Pentagon said U.S. troops had been injured as a result of aggressive Russian behavior that breached that arrangement and commended their personnel on the ground for deescalating the encounter through restraint.

In such moments of tension, history can turn on the judgements and composure of a single individual.

During the Cuban missile crisis in 1962, a Soviet submarine came close to launching a nuclear missile at the U.S. When the U.S. dropped explosives intended to force the submarine to the surface for identification, its captain believed war might have broken out. The nuclear attack was averted by another officer who refused to give his authorization.

If a Russian shell landed within the borders of a NATO country, there would be a careful military investigation to determine whether the incident was accidental or intentional, one European diplomat said. If the allies concluded that it was a deliberate attack, that could be sufficient for them to trigger article 5 of the NATO charter, meaning the U.S. and its allies would be at war with Russia.

In the case of the drone crash and recent missile strike in Ukraine, there is a significant difference between the two incidents, Dutch Defense Minister Kajsa Ollongren said in an interview.

The probe into the drone episode is ongoing, but “we all presume it was accidental,” Ollongren said Wednesday. The Russian air attack near the Polish border targeted a military facility in Ukraine “so in that way, it was not unexpected.”

Washington and its NATO allies are also seeking to deter Moscow from making a strategic miscalculation.

U.S. and other NATO members have stepped up their presence with more land, sea and air troops in the eastern part of the alliance, including Poland. NATO has also consolidated its forces under Supreme Allied Commander of Europe Tod Wolters, a former fighter pilot who fought in Iraq and Afghanistan.

“Nobody wants to see this war escalate beyond where it is,” Pentagon spokesman John Kirby said, when asked about the risk of spillover in a Bloomberg Television interview Thursday. “That’s why our message has been very clear: we’re going to make sure we can defend NATO territory.”