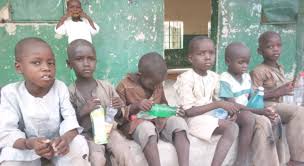 No fewer than 700,000  children of school age are out-of-school in Niger state, Isah Adamu, chairman of the state universal basic education board (SUBEB), has disclosed.

Adamu disclosed that many schools have been destroyed due activities of bandits, and the statecis struggling to employ teachers in some communities. According to him, “Even before insecurity, we had the challenges of out-of-school children in Nigeria, particularly in the north-central but the insecurity situation in Niger has definitely increased the level of out-of-school children in the state.

He added,  “The number of out-of-school children in Niger state as of the last time we took count in January 2022 was 743,056. There is a strong negative relation between insecurity and out-of-school children in Niger just like any other state or country where there is insecurity. It is only when people are secured that they think about education and providing quality education to the people.

“In this part of the country, some parents will tell you the disadvantage of taking children to school especially now with insecurity. Some parents will naturally withdraw their children, particularly the girls but it is a lack of confidence in the government and the system.

“There is a particular LGA in Niger that currently doesn’t have up to four to five teachers. We are looking for qualified teachers from that LGA but even when you employ them, they run.”

Speaking on the effect of insecurity on children, the chairman said the government has provided a psychological clinic for proper counselling of attack survivors. He assured citizens of the government’s commitment to ensuring that schools destroyed by attackers are reconstructed.