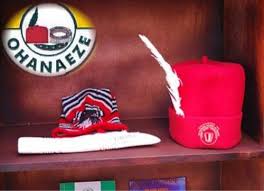 The Ohanaeze Ndigbo has decried what it described as an increasing number of illegal checkpoints and alleged extortion by security operatives in the South East.

The national publicity secretary of the group, Alex Ogbonnia, stated this in Enugu in the aftermath of the hosting of the general officer commanding (GOC) 82 Division, Maj-Gen Taoreed Lagbaja, by the president-general of Ohanaeze Ndigbo Worldwide, Prof George Obiozor, in Enugu.

He said the event offered Prof Obiozor the opportunity to discuss the ordeals people of South East pass through in the hands of security agencies on a daily basis.

He regretted that ‘there is no single roadblock from Lagos to Abeokuta, but in contrast, every two kilometres in the South East has a roadblock’, either ‘an army roadblock, police roadblock, road safety roadblock, Vehicle Inspection Officers (VIO) roadblock, NDLEA roadblock or a combination of all’.

On the outcome of the meeting between Prof Obiozor and the GOC, Ogbonnia said, “Prof Obiozor demanded from the GOC a security network that conforms to the best global practices.

“Obiozor lamented various forms of indignities that the people of South East encounter in the hands of the security operatives.

“Soldiers and policemen have turned the highways and rural roads into a cash cow by placing heavy fees on all motorists passing through the roads.

“The worst recrudescence to any country is for the populace, including children, to watch the security operatives openly and shamelessly collecting bribes from or robing the motorists with arrogance and bravado.”

The publicity secretary also talked about tollgates in South East. He said, “The journey of less than an hour takes over two hours because of traffic gridlocks mostly occasioned by these roadblocks and checkpoints.

“Under the prevailing circumstances (bad roads, poor electricity, known and unknown gun men, unemployment, high cost of goods), it is only a resilient and tenacious Igbo that can survive in it.”

Comparing the checkpoints to militarisation of the region, Chief Ogbonnia said, “When a government or a group insists on the wrong approach to issues, positive outcome is well-nigh impossible. Ohanaeze is unequivocal that the restiveness in the South East is a response to the repressive stimuli it receives from the centre.

“A welcome government policy such as a Nigerian president of South East origin will automatically bring smiles on the faces of all. It will be jubilation galore and Nigerians will have hope and vision of a better future to protect.”