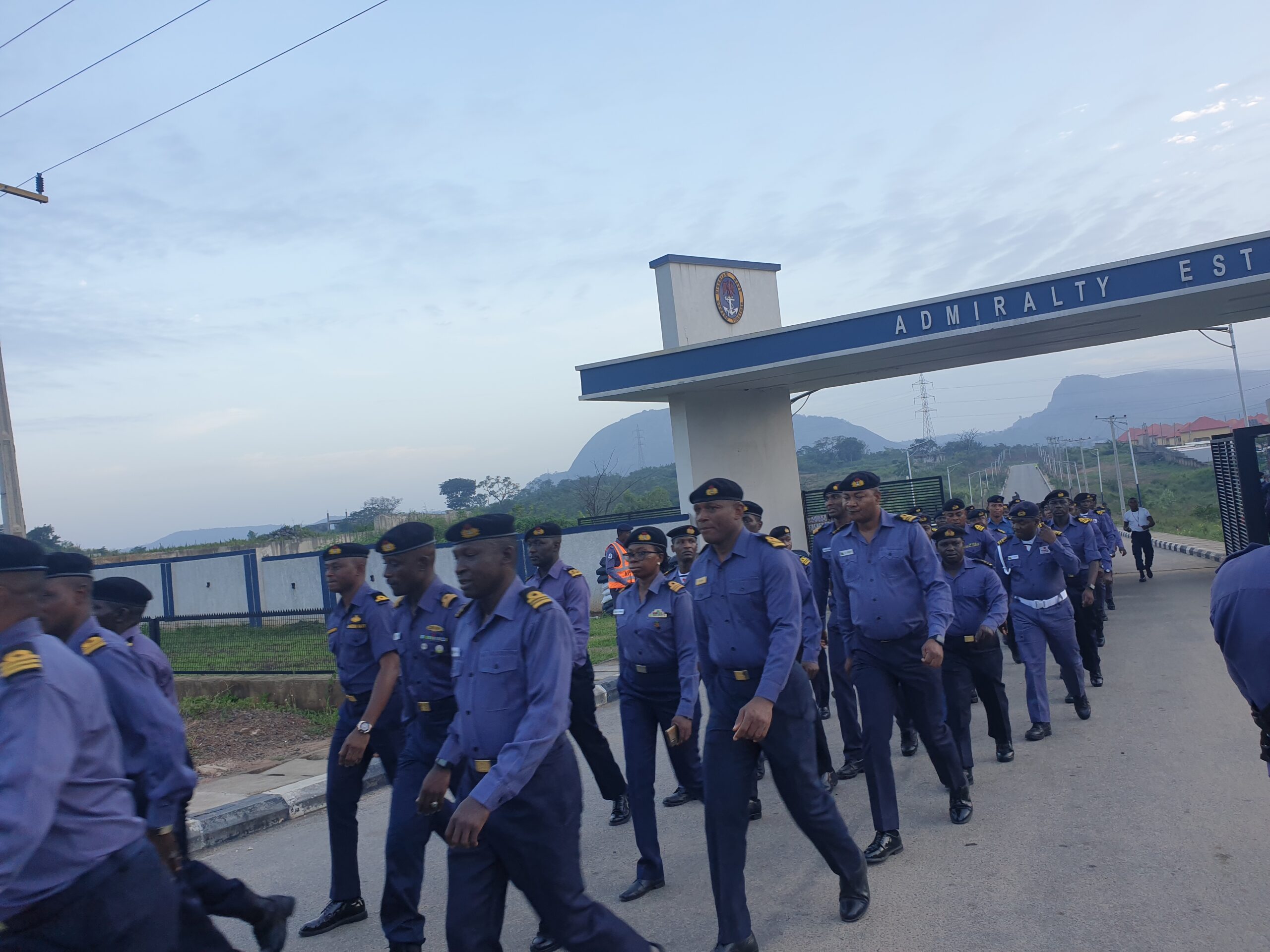 The Chief of the Naval Staff (CNS) of the Nigerian Navy, Vice Admiral Awwal Gambo has assured that  pipeline vandalism, oil theft, militancy and other forms of criminality in the maritime domain will be tackled  before the end of President Muhammadu Buhari’s administration.

The Naval Chief said the Navy, working  with other armed forces will leave no stone unturned to ensure that the mandate from the President is achieved, and the entire maritime domain is brought to some level of safety and security.

Gambo stated this at the Nigerian Navy Third Quarter Route March which held on Saturday. The exercise  commenced from the Naval Unit Abuja (NUA) Parade Ground at Asokoro through AYA Roundabout to Mogadishu Cantonment fly over and back to NUA.

It would be recalled that President  Buhari had directed the Armed Forces of Nigeria to put an end to the security challenges in the country by December.

The Naval Chief, who was  was represented by Rear Admiral Saidu Garba, Chief of Policy and Plans, Naval Headquarters, said, “I want to assure you that the Nigerian Armed Forces is, in line with the directive from Mr. President, going to bring to an end the cases of pipeline vandalism that we experience in the maritime domain, banditry and militancy that you find all across. This is a mandate from Mr. President and it is a mandate that we will make sure we achieve.

“I want to assure you that the Nigerian Navy will leave no stone unturned to make sure that the entire maritime domain is brought to some level of safety and security before the end of the administration as Mr. President has promised.”

Gambo, also informed that the 2022 Third Quarter Route March is aimed at developing personnel’s physical and mental alertness to meet the dynamics of contemporary security operations. He stated that the operational efficiency and combat readiness are predicated on sound mental and physical fitness of tge armed forces.

According to him, the current security challenges in the country reiterates the need to keep personnel physically fit for operations. “Indeed, physical fitness and mental alertness are essential for combat readiness of service personnel at all times.  The route march therefore offers us the opportunity to enhance our physical and mental well-being,” he stressed.