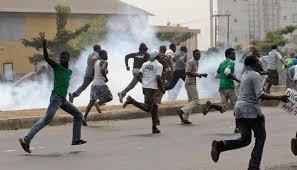 At least 816 person were killed in September in violent attacks across the country according to a new report published by Beacon Consulting, a security risk management and intelligence consulting company.

1. The dislodgement of gunmen from bases and camps due to the ongoing interdiction and clearance operations by the security forces in North East, North Central, and North West Nigeria will lead to
further attacks against defenceless communities in these and neighbouring regions,

2. Political violence localised to political events and gatherings will continue as preparations for the political party events ahead of the 2023 general elections take place. This is likely to increase following the commencement of the campaign activities.

3. Criminal activities including kidnap for ransom, violent and petty crimes, as well as home invasions are likely to continue in the short and medium terms due to the deteriorating economic circumstances of the country and rising inflation. This is likely to be accentuated by the effect of
the Russia – Ukraine war on commodities and the supply chain disruption it engendered,

4. A continuation of non-state actors’ activities challenging the supremacy of the state’s monopoly of force and sustenance of their attacks on communities including kidnap for ransom and raids. In turn, this will push communities to evolve self-help initiatives, including protests, where they
block access routes and arm themselves.

5. The deteriorating security situation will continue to fuel political rancour and the exchange between the ruling party and its members and between it and opposition parties.

6.Social upheaval especially protests by civil society organisations and political groups hiding behind civil activists will intensify as a major driver of security challenges as the effect of the
economic hardship forces the government at the Federal and State levels to take measures to manage these impacts,

7. In the North East, the non-state actors waging a terror war and the ongoing military operation Hadin Kai will continue the armed conflict. The restructuring and consolidation of ISWAP and its reduced membership will translate into bolder attacks and other activities of the group. This willmean a continuation of armed attacks and counter-attacks as well as illegal checkpoints mounted
along major travel routes particularly in Borno state and in the border towns of Yobe and Adamawa states,

According to the report, the trend shows increasing criminal activities, especially in South West Nigeria and FCT Abuja is evolving and requires robust community-based prevention and law enforcement measures.

Beacon Consulting tasked governments on the need to enhance collaboration for enhanced administration of criminal justice and the restoration of social order by addressing the root causes of these challenges including weak state institutions, drug addiction, socio-economic grievances, poverty, unemployment and the effects of climate change as well as the proliferation of small arms and light weapons.

Other measures it suggested include the need for the Federal and State Governments to collaborate in dominating the forested and other ungoverned spaces, which the gunmen (bandits and terrorists, as well as other armed non-state actors) use as safe havens and to keep their victims.

“Additionally, there is a need for governments at the Federal and State levels to halt the ability of the gunmen to move between locations (they currently mainly use motorbikes) and to block their supply chains for weapons and essentials including petroleum for their motorbikes and access to drug”, the report read.