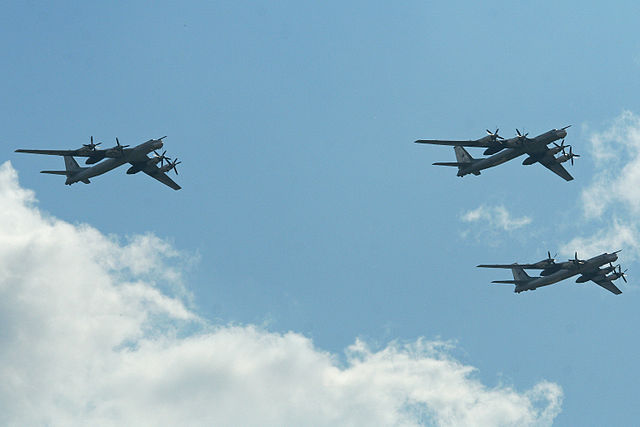 Over the weekend, Russian bombers flying inside Russian airspace deployed long-range cruise missiles against Ukrainian targets, proving that even a NATO-enforced no-fly zone could not prevent Russia from leveraging its airpower in the ongoing war.

For nearly three weeks now, Russian forces have poured over the Ukrainian border in what has become the largest ground conflict to hit Europe since the conclusion of World War II. However, despite Russia’s massive numerical and technological advantage, the aggressive nation’s forces have faced significant resistance, thus far failing to capture Ukraine’s embattled capital and proving largely unable to dominate the entirety of Ukraine’s airspace. But despite Ukraine’s successes, the odds remains stacked against them.

Related: Russia’s focus on perception is costing them the skies over Ukraine

A NATO no-fly zone was already a bad idea

Instituting a no-fly zone over Ukraine sounds like a good idea because, in theory, it bars Russia from operating tactical aircraft and conducting airstrikes over Ukraine. But in practice, it means sending American fighters to war against Russian aircraft, and likely more.

Russia’s invasion force, which numbered somewhere near 190,000 troops at the onset of fighting, are bolstered by an air force that absolutely dwarfs that of Ukraine by a ratio of more than 20 to 1. However, a series of shortcomings have thus far limited Russia’s ability to dominate the skies over Ukraine, which has allowed some Ukrainian pilots to continue taking to the skies, as well as permitted a number of Ukrainian drone strikes against Russian convoys operating within the nation.

Throughout the conflict, Ukrainian officials have called on NATO and the United States to establish a no-fly zone over Ukraine. NATO officials have repeatedly rejected the proposal, citing the high likelihood that instituting a no-fly zone would place NATO forces in direct combat with Russian troops, resulting in a rapidly growing conflict that could result in a global war—or worse—a nuclear exchange.

There are a number of reasons why a NATO-enforced no-fly zone over Ukraine would offer a great deal more risk than reward. Thus far, Russian aircraft have been less effective than Russian mortar and artillery attacks, which would continue undisturbed under a no-fly zone. Further, Russian air defense systems like the advanced S-400 Triumf have a range of some 250 miles, which means they would be able to engage NATO aircraft from inside Russian territory. That means, enforcing the no-fly zone would likely lead to airstrikes inside Russia and further escalation toward large-scale war.

There’s really no way around it: a NATO no-fly zone over Ukraine would almost certainly lead to a larger conflict, and now, it seems clear that it wouldn’t even stop missile strikes from taking place within Ukraine.

Over the weekend, a shift in Russian tactics has now poked yet another hole in the concept of enforcing a no-fly zone over Ukraine. Russian strategic bombers have begun launching long-range cruise missiles at targets inside Ukraine from within Russian airspace. NATO aircraft would not be able to intercept or shoot down Russian aircraft flying over Russia under the guise of enforcing a no-fly zone over Ukraine, and while American air defense systems may be able to intercept Russian cruise missiles, operating them would mean sending American troops into Ukraine to join the fighting—something President Joe Biden has repeatedly stated will not happen.

Russia has previously demonstrated the capability to launch Kh-555 cruise missiles from both their Tu-95MS “Bear H” and the Tu-160 “Blackjack” bombers. The Kh-555 cruise missile is a modified iteration of a nuclear-cruise missile with the NATO reporting of AS-15 Kent. Considered a long-range standoff weapon, the Kh-555 has an operational range of nearly 2,200 miles, meaning Russian bombers can deploy these weapons while literally thousands of miles from Ukraine’s border and still engage their targets.