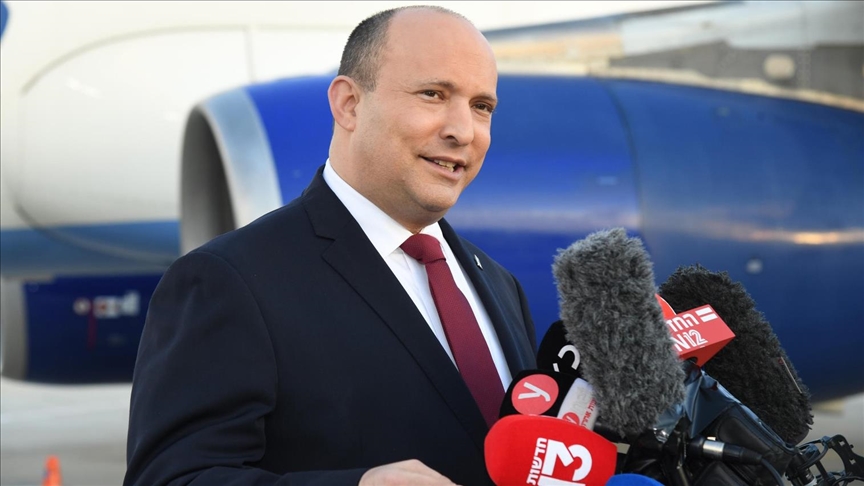 •Putin and Bennett spoke for an hour and a half on Monday even as the Russian assault grinds on.

Russian President Vladimir Putin spoke to Israeli Prime Minister Naftali Bennett for an hour and a half on Monday about a possible cease-fire in Ukraine, even as the Russian leader continued his aggressive military advance in the western part of the country, a senior Israeli official said.

The Israeli official, who spoke to Foreign Policy on condition of anonymity, would divulge no details of the conversation, but it was one of several talks that Bennett has had with Putin since the Israeli prime minister returned from a visit to Moscow on March 6. Bennett also spoke on Monday with Ukrainian President Volodymyr Zelensky, who tweeted: ​​“We exchanged information on our joint steps and steps of our partners against the background of Russian aggression. Agreed on further actions.”

Putin and Bennett spoke “about the efforts to reach a cease-fire between Russia and Ukraine as well as humanitarian matters,” the Israeli official said. A separate set of discussions between Russian and Ukrainian negotiators are slated to continue on Tuesday.

Senior diplomatic sources privy to the talks say there has been a softening of language on both sides, but they do not believe Putin is yet ready to engage in serious diplomacy as he maneuvers for a battlefield advantage in the nearly three-week-old war, during which Russian forces have been hampered by fierce Ukrainian resistance. The Russian military is advancing on the capital of Kyiv, but “almost all” Russia’s advances in the country “remain stalled,” a senior U.S. defense official told reporters in a background briefing on Monday.

Even so, Putin’s willingness to engage in talks with Bennett—the only Western leader he has met directly with since the war began—indicates he is looking to keep diplomatic channels open. Bennett last spoke with Putin last Tuesday, and the Israeli leader left a cabinet meeting on Monday to talk to him on what officials described as a preplanned call.

U.S. officials have not participated in any of the negotiations, which at times have also involved French President Emmanuel Macron, German Chancellor Olaf Scholz, and Turkish President Recep Tayyip Erdogan. “We respect the efforts of our partners and allies, including France, Germany, Israel, Turkey, and others, to seek a diplomatic resolution,” a senior Biden administration official said in an email. “We maintain open and regular high-level channels of communication with all of them. We are encouraging them to remain in close consultation with President Zelenskyy and the government of Ukraine to ensure that diplomatic proposals reflect Ukraine’s interests and perspective.”

The diplomats engaged in the discussions say that Putin may soon be ready to negotiate a territorial compromise that could mean full Russian control of only the eastern parts of the country. Nonetheless, tensions remained as high as they were at the beginning, especially after Russian missiles struck the Yavoriv training base near the Polish border, killing at least 35 people.

Israeli Prime Minister Naftali Bennett attends a cabinet meeting at his office in Jerusalem, on March 14, 2022, the same day he spoke to Vladimir Putin. (JACK GUEZ/POOL/AFP via Getty Images)

For his part, Zelensky has left open the possibility for compromise on Russian demands that Ukraine never join NATO. In an interview last week with ABC News, he said: “I have cooled down on this question a long time ago, after we understood that NATO is not prepared to accept Ukraine. The alliance is afraid of controversial things and confrontation with Russia.”

On the question of separatist territories in the east, the Ukrainian president also appeared ready to negotiate, saying that “we can discuss and find a compromise on how these territories will live on.”