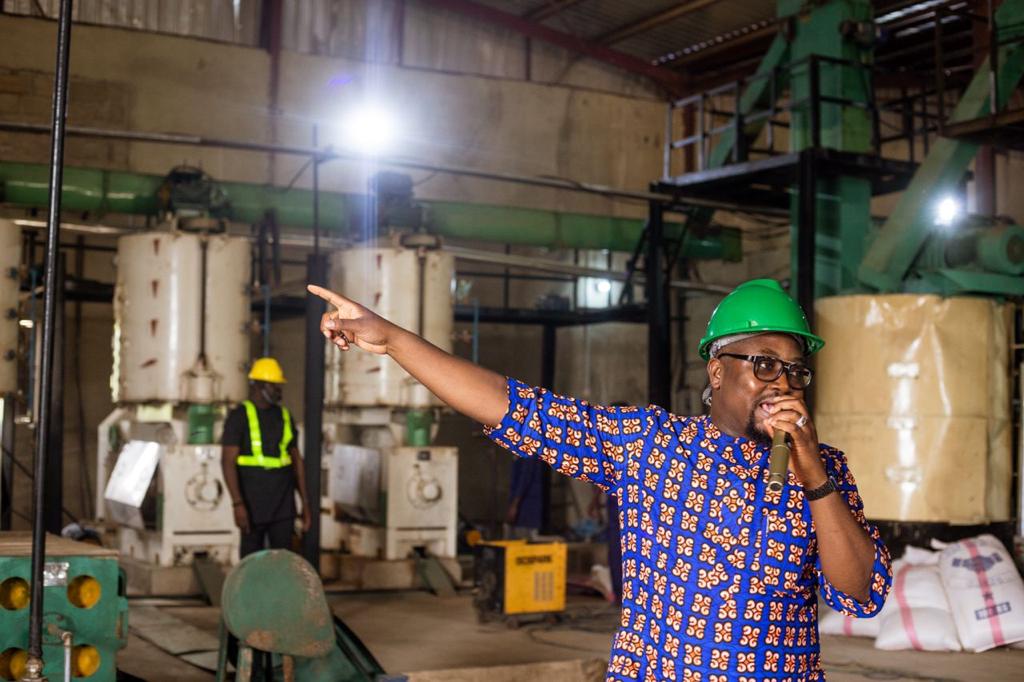 In this piece, Ngozi James writes on how industrialisation, particularly at the community level can rapidly take Nigeria’s teeming youth out of unemployment, while also driving real economic growth and curbing Urbanisation. The piece also spotlights how interventions from the private sector restore hope to citizens.

Unemployment remains one of the biggest social problems in Nigeria, with severe consequences on the security as well as economy of the nation. Recently, the Nigerian government put the number of unemployed Nigerian youths alone at a staggering 90 million.

For instance, Kabba/Bunu Local Government area in Kogo state is like any other rural communities whose dwellers are predominantly farmers, petty traders or government employees, there is a glaring absence of functional industries in these communities under the LGA.

While some interventions have been initiated by the government to tackle this social problem, interventions of the private sector are also seen driving the industrialisation process in these communities and restoring hope for the unemployed and rural poor. This is even as Economy experts have reiterated that national development cannot be attained without significant growth at the grass root level.

The establishment of a vegetable oil processing mill in kabba is already projected to create at least 1,000 jobs, boost agricultural development and improve economic growth in the state. The mill, which is situated at Omoboja Farms in Kabba, seeks to promote mass production of vegetable oil made from cotton seeds and soya beans.

Prior to the establishment of the mill, farmers in the community only farm and sell their produce in small scale or for family consumption, but the presence of an industry is expected to spur large scale farming and processing of these products into finished goods, this is the first of its kind in the community.

Abayomi Bello, who is the Chief Executive Officer (CEO) of SOLGIC Group and Omoboja Farms Nigeria Limited – a modern agro-allied company is also the brain behind the mill. He disclosed plans to not just process oil for local consumption but for export .

Bello enthused that the project will bring socio-economic development in the communities in the LGA. Bello said farmers and petty traders will also have access to credit facilities to enable them to benefit from the value chain.

He disclosed that the focus is on processing of soya beans and cotton seed due to their high economic value. While speaking recently at the test run of the mill, he explained, “This factory will help provide job opportunities, and improve agriculture.

He assured Farmers in the community not to bother about how to sell or get their products processed because of this project. The presence of this factory encourages farming because we are ready to buy these products from the farmers. We chose soya and cotton seeds because of their high economic value. These products are valuable in any of the chains of production.”

“I could have made this investment in Abuja or Kano where we have investments of this sort, but we understand the economic impact on our people. The youths, farmers, and market women are a circle of people that will be impacted.

“We have done this and we are asking others to show us what they have done within this federal constituency, this is the first and only oil mill, We can have over 1000 direct and indirect employees in the value chain. It’s a whole value chain process, from procurement of receipts to milling, down to selling the oil. It’s all about impact.

“My vision is to have a better community where people don’t have to queue in houses of individuals to beg for something as simple as food to eat, or even health for the children or school fees for their kids,” he stated.

Speaking further, the entrepreneur noted the high rate of restiveness due to unemployment, assuring further that the project can curb criminality.

He said, ” We have a lot of security problems because the government has left the young people, particularly those carrying out these acts with no choice because there are no jobs, and no food.

The schools are not working, the health system is not working. So the only resort they have is to go around the best way they can to obtain these things for themselves. So for people like us, we want to help fix this, and I am emphasizing that wealth creation, real development can help engage these young minds and thereby curb insecurity.

Farmers and Traders who spoke to Global Sentinel, could not hide their excitement about the industry, explaining that it will encourage large scale farming and boost sales.

“I farm soya beans in small quantities, I sell and sell in the market, while I keep the rest for consumption, but with this industry, I now have a ready and expanded market, this will encourage me to farm in large quantities” Haruna Amos said.

Traditional rulers in the communities also expressed delight with their excitement, the Obaro of Kabba, Solomon Dele Owoniyi said the project, if well utilised, can put Kabba on the global map.

“This project has made history not just in this land but in Kogi in general. It will put Kaba on the global economy front. We need this kind of innovation to promote development especially in times like this when the high rate of unemployment among the youths is alarming.

“This is an avenue for wealth creation and apparently the project signifies how much he loves his people because we all know that if he had established it in Abuja, he would probably make more gains but bringing it home shows how considerate he is to his people and we commend him for that” the traditional ruler added .

One of the women leaders in the community who identified herself as Mrs. Dauda said the project is apt due to the dwindling oil prices and the need for economic diversification. “We are happy this project came and we believe it will spur economic growth at the grass root level” she said.

Joseph Kolawole, a political leader from Kaba-Bunu equally noted that the project is a landmark achievement that will place Kaba into the global market in terms of employment, development, and commercial activities for market women. The ripple effect, according to him, cannot be overemphasized as it will change the narrative of the communities.

“Before the establishment of this gigantic factory, people here were focused on civil service jobs, but with this we are encouraged to look more into agriculture as a catalyst for development. “