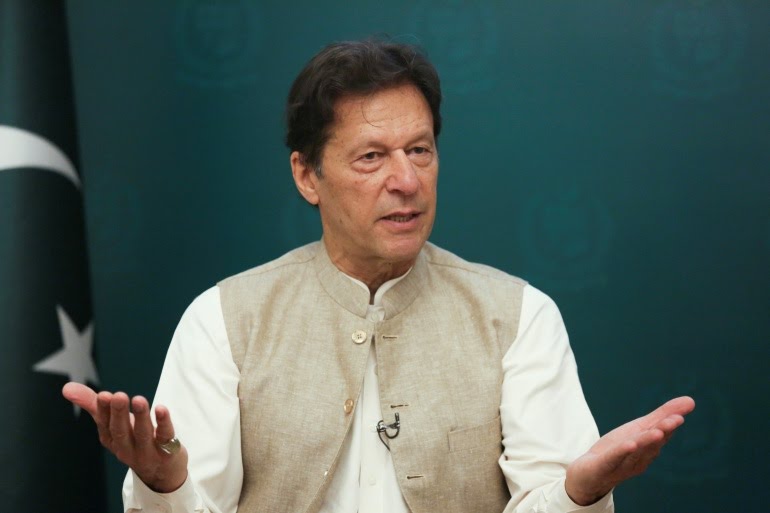 There is tension in Pakistan as the ruling and opposition parties squabble over what the relationship with terrorist groups and treatment of terrorists should be.

The opposition in the Pakistani Senate has already slammed the government for being soft on terrorism and terrorists.

The opposition during a sitting during the week accused the government of what it called “a policy of appeasement” towards terrorist outfits, noting that talks with those who challenged the writ of the state had emboldened and encouraged such actors.

Speaking on an adjournment motion on the rising tide of terrorism, opposition senators also voiced concern over talks

with the outlawed Tehreek-i-Taliban Pakistan (TTP), which were being led through a government that was not recognised by any country of the world.

They said that the recently unveiled National Security Policy be discussed in parliament and that an internal security policy, as well as the Afghan strategy, should be framed in light of that discussion.

Senators claimed the government was devoting all its energies to stifling dissent and muzzling its political opponents while ignoring its responsibility to protect the lives of the people.

However, the interior minister claimed that negotiations with the banned group had stalled because their demands were unreasonable, warning the opposition of a potential terror threat if it went ahead with its proposed long march and asked them to consider rescheduling it.

Opening debate on the topic, Pakistan Peoples Party leader Sherry Rehman sought an explanation on how a sitting prime minister can decide who is the leader of the opposition or who is not — a reference to PM Khan’s recent statement where he said that he had no respect for Shehbaz Sharif and didn’t consider him an opposition leader.

“This is not his decision, nor is it his prerogative. It is the sovereign right of the people to elect their representatives, not his prerogative as a manifestation of his hubris and bizarre conceptualisation of the political and constitutional reality of the country,” she remarked.

She also criticised the prime minister for constantly blaming either previous governments, external factors, or anyone but his government for all the ills that plagued the country. She said the people of Pakistan no longer knew where to turn in their hour of unprecedented misery as crisis after crisis was unleashed on citizens.

“He is making a laughing stock of Pakistan by threatening his own country, but also sending a message to his selectors, who are now clearly fed up with this amateurish show. Too much is at stake, given Pakistan’s national security challenges and economic distress. You can’t have a rule by tantrum. Pakistan will not be sacrificed to anyone’s ego,” she said.

But defending his party chief, Leader of the House in the Senate Dr Shahzad Wasim said that the prime minister was merely holding up a mirror to the opposition.

Asking sarcastically who could threaten “such an incompetent opposition”, he said after disqualification by the courts, the first distributed sweets and then started asking ‘Mujhe Kyon nikala’ (why was I removed). This prompted a token walkout by the opposition.

Former Senate chairman Raza Rabbani said the state had been patronising extremist right-wing forces and religious groups, adding that TTP was said to be reorganising in Afghanistan.

He said that the TTP kept on violating a ceasefire agreement, but the government still says its doors are open for talks.

Senator Tahir Bizenjo of the National Party said that over the last 10 days, eight terrorist attacks had taken place across the country, while Nawabzada Umar Farooq Kasi said that negotiating with terrorists only encouraged them.

Jamaat-i-Islami Senator Mushtaq Ahmad regretted that terrorists and target killers ruled the roost and demanded that former military ruler Pervez Musharraf be brought to Pakistan and tried for his surrender before the US and the murder of Nawab Akbar Bugti.

He asked who it was that negotiated with the TTP, and what were the terms of these talks. He also sought an explanation from the interior minister over his statement about the presence of terrorists’ sleeper cells in Islamabad.

Responding to the opposition, Interior Minister Sheikh Rashid Ahmed said no talks were currently being held with the TTP since their demands were considered to be against the country’s security interests.

He claimed India does not want good relations between the Afghan Taliban and Pakistan, adding that evidence suggested RAW was behind many terror attacks in the country, which were carried out by local criminals hired by the Indian agency.

He also disclosed that the opposition’s protest march on the capital, scheduled for March this year, was also under threat of terrorist attack and called on its leadership to reconsider its decision.