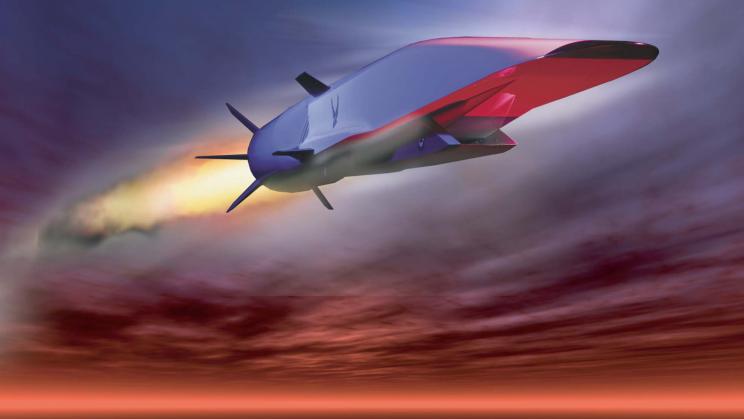 A cricket-loving Chinese rocket scientist, attached to the Aviation Industry Corp of China (AVIC) has defected to the U.S. carrying with him secrets of the hypersonic glide vehicle, a weapon that Washington has been struggling to develop.

The scientist is reported to be connected with the development of a space-based hypersonic glide vehicle missile delivery system that can strike any target on earth and is beyond the interception ability of current western missile defence systems.

“His defection has allowed Britain and the US to accelerate defensive programmes against the use of hypersonic missiles. It could also take China two years to tweak its systems and render this intelligence ineffective,” Express.co.uk reported quoting its sources.

The defector was “attached” to AVIC where he “helped develop a mid-range hypersonic boost-glide vehicle capable of carrying DF-17 missiles to a range of up to 2,000 miles,” the sources told Express.co.uk.

The scientist contacted a British intelligence asset in Hong Kong in September 2021 where he told the contact person that he was willing to provide detailed information about the hypersonic glide vehicle in exchange for asylum for himself, his wife and child.

The asset contacted the British intelligence agency, MI6 which informed the C.I.A. The two agencies conducted a joint operation to confirm the defector’s credentials and the information he was going to provide before greenlighting an operation to bring him to the U.S.

A five-member team, three from MI6 and two from the C.I.A were dispatched to arrange a safe passage for the scientist and his family to the U.S. The MI6 – C.I.A. team of spooks learnt that the defector was a fan of cricket and had studied in England.

According to Express.co.uk report, “a plan was hatched in which the scientist and his family would travel to Hong Kong using a specially developed route. Once there, the scientist was spirited to a secure location where he was debriefed before flying him and his family to a U.S. air base in Germany and then on to the U.S. via the U.K.”

The scientist was able to smuggle out technical data which may help accelerate the hypersonic missile weapons program of the U.S. and the U.K., which are years behind Russia and China in developing boost-glide missile delivery vehicles that are nearly impossible to intercept.

A Russian scientist involved in the development of hypersonic weapons was arrested in August 2021 on charges of high treason. While the charges against him were not specified, Russian media reported that it could be a case of espionage. Moscow has taken a lead in hypersonic weapons development and tested them from sea, land and air.

China is considered not far behind Russia in the development and testing of hypersonic weapons, though details of its hypersonic missile program is not widely known.

The U.S. is lagging behind Russia and China in hypersonic Weapons to the extent that Air Force Secretary Frank Kendall said he is “unsatisfied” with the pace of progress in Air Force hypersonic programs.”

Admitting that the U.S. Air Force is yet to attain clarity on the use of hypersonic weapons, Kendall said the (US) Air Force must first define which “target set we want to address” with hypersonic missiles, then make the case for why hypersonics are “the most cost-effective way” to attack those targets.

Kendall was speaking to reporters September 21 at the Air Force Association’s Air, Space & Cyber Conference. There’s still “a question mark” about that, he said, though he admitted he hasn’t seen “all the analysis that has been done to justify the current program,” he said in comments quoted by Air Force Magazine.

The U.S. Air Force has so far failed to hold a successful test of the AGM-183 Air-launched Rapid Response Weapon (ARRW), a boost-glide system that is accelerated to hypersonic speed by a rocket which then releases a hypersonic glide body.

While captive-carry tests have been conducted on a B-52 launch aircraft, the missile has failed to fly on its own at least twice. In addition, the Air Force is pursuing the Hypersonic Attack Cruise Missile to be launched from fighter aircraft.

Russia ahead of the West in Hypersonic weapons

“For many years we have been trying to be on a par or catch up with the leading weapons developments of Western countries. And for the first time in all this time, we broke ahead. In the field of creating hypersonic weapons,” Deputy Prime Minister Yuri Borisov told reporters at the Tyumen Oil and Gas Forum on September 15.

According to Borisov, Russia is also ahead of the West in the field of “creating weapons on new physical principles.” He said that “new types of engines are used for these weapons – compact nuclear installations of low power,” his comments were quoted by Interfax.

“Now we have a serious advantage in this regard over the leading Western countries. And we will try to maintain this advantage,” the deputy prime minister said.