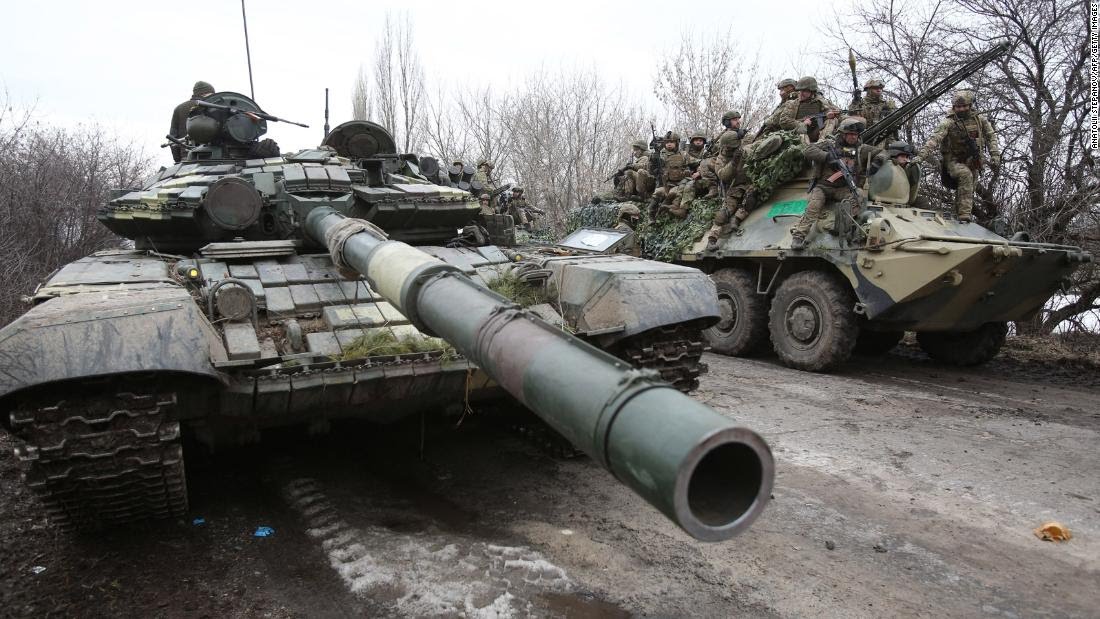 •NATO leaders and the Western news media need to realize that they may be celebrating the prelude to a prolonged, extremely bloody war or even an impending nuclear catastrophe.

NATO officials and the Western news media have not concealed their glee that Ukraine’s counteroffensive has forced a precipitous withdrawal of Russian troops from a sizable chunk of territory near the eastern city of Kharkiv. The attack did appear to catch the Kremlin by surprise. Russian leaders expected the main counteroffensive to come in the south, and the bulk of Kyiv’s efforts do appear to be focused on that region. Nevertheless, the loss in the east is a significant military setback—and an even greater embarrassment—to Russia’s military command and the Putin government.

Enthusiastic pro-Ukraine figures in Europe and the United States are celebrating and contending that Kyiv’s success portends Russia’s overall defeat in the war. According to that thesis, Russian president Vladimir Putin will have to accept a peace accord that falls far short of the Kremlin’s initial goals. The best he can supposedly hope for is an agreement which restores the status quo ante—which would mean that Moscow gains no territory, nor would Ukraine be prevented from joining NATO. More optimistic types speculate that such a spectacular failure, which comes after massive expenditures of both blood and treasure, might well lead to Putin’s ouster.

Such celebrations are wildly premature. Russia still has several military options, and some of the scenarios should deeply worry the United States and its NATO allies.

Option 1: Moscow could launch a counter-counteroffensive—one focused on the Black Sea port of Odessa. That city is Ukraine’s last outlet on the Black Sea, and its seizure would effectively make Ukraine a landlocked country. It would also give Russia a stranglehold on Ukraine’s principal economic lifeline, since the majority of Kyiv’s exports and imports flow through Odessa. The loss of that city would be a colossal economic and psychological blow to Ukraine. Given that Russia redeployed sizable numbers of troops and quantities of weapons from eastern Ukraine to the south even before Kyiv’s eastern offensive, there is a high probability that Odessa is now Moscow’s principal target. Already overextended Ukrainian forces in the south would be very hard-pressed to repel a concerted Russian attack.

Option 2: Although it would be extraordinarily ambitious, the Russians could contemplate initiating a major “pincer movement,” sending troops northward from existing strongholds in southern Ukraine and launching a fresh offensive from Russia into Ukraine’s northeast. The goal would be to cut-off the currently victorious Ukrainian troops near Kharkiv. Such a strategy would be reminiscent of the Soviet Union’s offensive in 1942 that trapped an entire, overextended German army in Stalingrad. A similar success in this case could be a death blow to Ukraine’s military resistance. However, the logistics to execute such a maneuver over a large territory would be daunting, and logistics have been a glaring weakness of the Russian military in Ukraine to this point. That limitation likely makes such a complex operation the least appealing option to the Kremlin.

Option 3: Putin could order a full national mobilization. Thus far, Russia has fought the war in Ukraine with limited means. Most likely, that decision was a reflection of the excessive optimism that Kyiv’s military would collapse, pro-Russians in Ukraine’s southern and eastern oblasts would rally to Russia’s cause, and Ukrainian president Volodymyr Zelenskyy’s government would quickly sue for peace. None of those things happened. In addition, the Kremlin underestimated NATO’s determination to pour vast quantities of quality weaponry into Ukraine.

Putin may decide to correct his initial blunder. The grinding war has already taken a great toll on Ukraine’s military personnel. Since Russia’s population in nearly three times Ukraine’s, it is unlikely that Kyiv could survive a long war of attrition even at the current levels of Russia’s troop deployments. Full mobilization would give Moscow an insurmountable advantage.

Option 4: Russia, smarting from its current humiliation, decides to resolve matters quickly and decisively by using tactical nuclear weapons. Such a strike with even a few weapons would wipe out large portions of Kyiv’s military and cause effective resistance to crumble. Breaching the nuclear threshold would be a monumental, extremely dangerous move, and Putin certainly understands that point. Nevertheless, if he concludes that the only alternative is accepting a humiliating, NATO-imposed settlement that would risk his hold on power, it would be foolish to assume that he would never take the risk.

Indeed, as I have discussed elsewhere, Russia’s leadership elite regards Ukraine as a vital national security interest. Nations that confront a threat to vital interests will do almost anything to repel such a threat. In Russia’s case, resorting to the use of tactical nuclear weapons to defeat NATO’s proxy in the current war cannot be ruled out. The United States and its European allies have been dangerously oblivious for years to the Kremlin’s escalating warnings that Moscow will never allow Ukraine to become a NATO political and military pawn. That arrogant, obtuse failure to respect Russia’s core security zone was the primary trigger for Putin’s invasion of Ukraine.

Using nuclear weapons would trigger a confrontation between Moscow and Washington rivaling that of the Cuban Missile Crisis. But NATO’s possible responses to Russia’s use of tactical nukes are decidedly limited unless the United States wants to casually risk Armageddon.

Celebrations of Ukraine’s recent military successes are both premature and greatly overdone. Indeed, the cheering could prove to be entirely misplaced and inappropriate. NATO leaders and the Western news media need to realize that they may be celebrating the prelude to a prolonged, extremely bloody war or even an impending nuclear catastrophe.

Ted Galen Carpenter, a senior fellow at the Cato Institute and a contributing editor at the American Conservative and the National Interest, is the author of thirteen books and more than 1,100 articles.