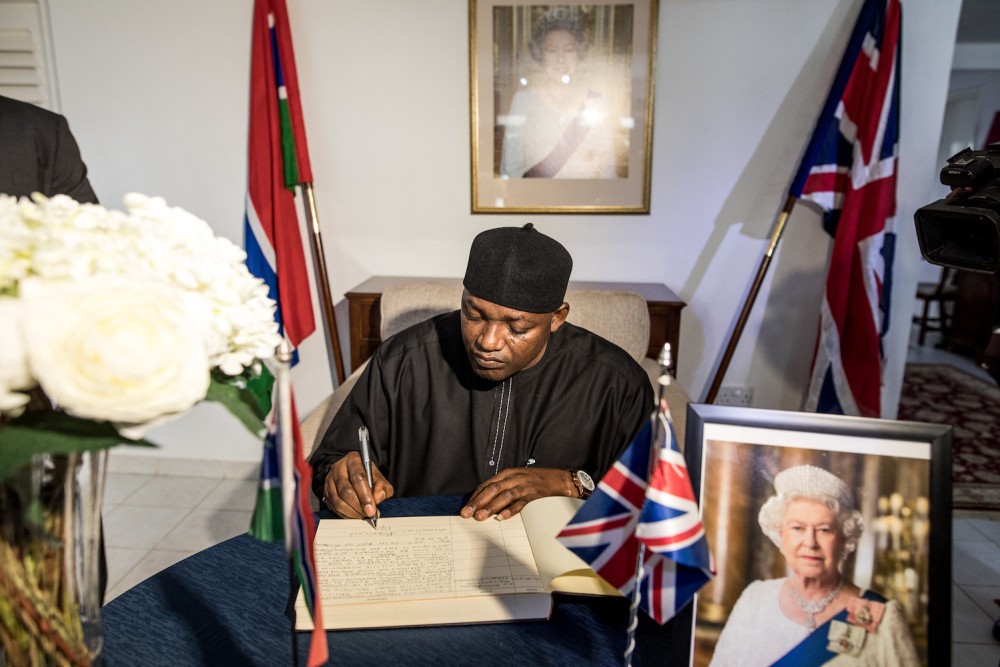 Will a monarch known for voicing his personal views apologize for Britain’s crimes in Africa?

King Charles III was officially proclaimed Britain’s new monarch last Saturday in a ceremony laden with ancient pomp as many in former British colonies and elsewhere noted that the late Queen Elizabeth II had never spoken out or apologized for crimes committed under the British Empire.

Unlike Elizabeth, Charles has not always toed the line of neutrality in British politics. His “black spider” handwritten notes to government ministers from 2004 onward drew accusations that he would be a “meddling” monarch. In the documents, Charles lobbied on issues including expanding what is taught in English and history courses, supplying more equipment for troops in Iraq, and the plight of the Patagonian toothfish.

In contrast to his mother, Charles found it hard not to let slip comments that revealed his personal opinions. In June, Charles represented the queen at the Commonwealth summit in Rwanda’s capital of Kigali. Two weeks prior to his visit, the Times of London reported that he had called the British government’s plan to send asylum-seekers to Rwanda “appalling.” His alleged comments drew furor from British politicians because under the country’s modern constitution the monarch, as head of state, is ceremonial and royals must be impartial on state affairs.

Charles’s involvement in proceedings also marked the first time the Commonwealth had publicly acknowledged the legacy of slavery or, as he put it, “the roots of our contemporary association.” (The Commonwealth’s 56 member states consist of former British colonies, but others such as Rwanda have since opted to join.) “I cannot describe the depths of my personal sorrow at the suffering of so many, as I continue to deepen my own understanding of slavery’s enduring impact,” Charles said.

“If we are to forge a common future that benefits all our citizens, we too must find new ways to acknowledge our past. Quite simply, this is a conversation whose time has come,” he added. It was not the first time that Charles had remarked on Britain’s imperial past. In 2018, when visiting Ghana, he said the country’s role in the trans-Atlantic slave trade was an “atrocity.”

Making that statement in Ghana—the first African country (excluding North Africa) to gain its independence from colonial rule—is laden with symbolism. It was at the Fifth Pan-African Congress, held in England in 1945, that delegates such as Jomo Kenyatta, who would become Kenya’s first president, and Kwame Nkrumah, later Ghana’s first president, set the era of decolonization in motion, declaring that “if the Western world is still determined to rule mankind by force, then Africans, as a last resort, may have to appeal to force in the effort to achieve Freedom. … We are determined to be Free.”

Of course, the most talked-about point of Ghana’s history among British politicians is the queen’s iconic dance with Nkrumah, during a post-independence state visit in 1961, when posters advising “No blacks, no dogs, no Irish” were still being posted on doors in her own country.

What’s often not mentioned is that Britain banned Ghanaian pro-independence political newspapers and imprisoned their editors. Kofi Baako, the editor in chief of the Cape Coast Daily Mail and later Ghana’s first defence minister was imprisoned for sedition following the publication of his article “We Call for Freedom.” Nkrumah himself was given a three-year sentence in 1950 for leading nonviolent protests in Accra against British rule. He was imprisoned for a year in Fort James, Britain’s former trading post for enslaved people. Under Nkrumah’s leadership, Ghanaians embarked on a series of strikes, riots, and boycotts against British goods, leading to independence from Britain in 1957.

Today, Britain’s monarch is no longer the head of state in any of its 14 former African territories—a result of independence campaigns by Africans that were violently resisted by the British government during Elizabeth’s reign. In crushing the anti-colonial Mau Mau movement, which began just months after Elizabeth ascended the throne, at least 11,000 Mau Mau were killed, including more than 1,000 who were hanged by British authorities between 1952 and 1960.

Although African countries leaving the Commonwealth is unlikely, the bloc is the enduring legacy of international monetary systems designed to keep African countries dependent on Britain, as Kampala-based political analyst Nicholas Sengoba wrote in Uganda’s Daily Monitor newspaper. While African leaders mourned the queen’s passing, on social media writers from across Africa were less enthusiastic to adopt the sanitized versions of history promoted by the British government about a peaceful transition of power. As Nesrine Malik wrote in the Guardian, “The sun didn’t set on the empire: occupation was ejected, often in bloody wars. … The Queen is gone, and with her should go our imagined nation.”

Some comments touched nerves. Twitter removed a post by Uju Anya, a Nigeria-born professor at Carnegie Mellon University, in which she wished the queen “excruciating” pain for overseeing a “thieving raping genocidal empire.” The tweet faced criticism from her university, the British public, and Jeff Bezos—the billionaire founder of Amazon. BBC News Africa had to post a note on its social media platform asking audiences to “be respectful” following backlash against its tweet celebrating the queen’s long-standing relationship with Africa.

The British monarchy still benefits from its colonial wealth. Several treasures violently plundered from East and West African countries are part of the queen’s royal collection, which she refused to return and Charles has inherited. Inevitably, the clamor for their return will multiply. In South Africa, there are fresh debates about the Cullinan diamonds, which sat in the queen’s crown and scepter. The Congress of Traditional Leaders of South Africa confessed to “mixed feelings” even as it expressed its condolences.

Charles has indicated a need to modernize the monarchy. In carving out his own legacy, Charles may view the Commonwealth as a potential avenue to promote his climate activism, urban planning, and ideas around young people’s education. Programs under his charity The Prince’s Trust, which have helped a million vulnerable young people in Britain, now stretch to Ghana, Rwanda, Kenya, and the United States.

In his first speech as king, he pledged to no longer voice his political views and to “uphold the constitutional principles,” addressing some of the criticism against him. In a 2018 BBC interview, when asked whether his speaking out on issues would continue as king, he said, “No, it won’t. I’m not that stupid.” Still, some have questioned Charles’s ability to transition into the stoic objectivity that his mother maintained.

But Charles’s lower popularity and accusations of racism within the royal family after claims made by Meghan, the Duchess of Sussex, mean dissenting conversations about the monarchy and empire will grow in Africa. While Charles has referenced the debate as a fundamental issue, he has stopped short of a formal apology for Britain’s colonial past.

As Johannesburg-based political commentator Tafi Mhaka put it, Charles cannot simply get away with “woke” point-scoring by offering “meaningless expressions” of regret. He will inevitably have to address questions on the monarchy’s wealth as a result of colonization and on reparations, which have been demanded by Kenyans and Ghanaian President Nana Akufo-Addo. Charles will certainly be careful from now on about airing his personal views—but paradoxically a more outspoken king could improve the monarchy’s reputation across Africa.