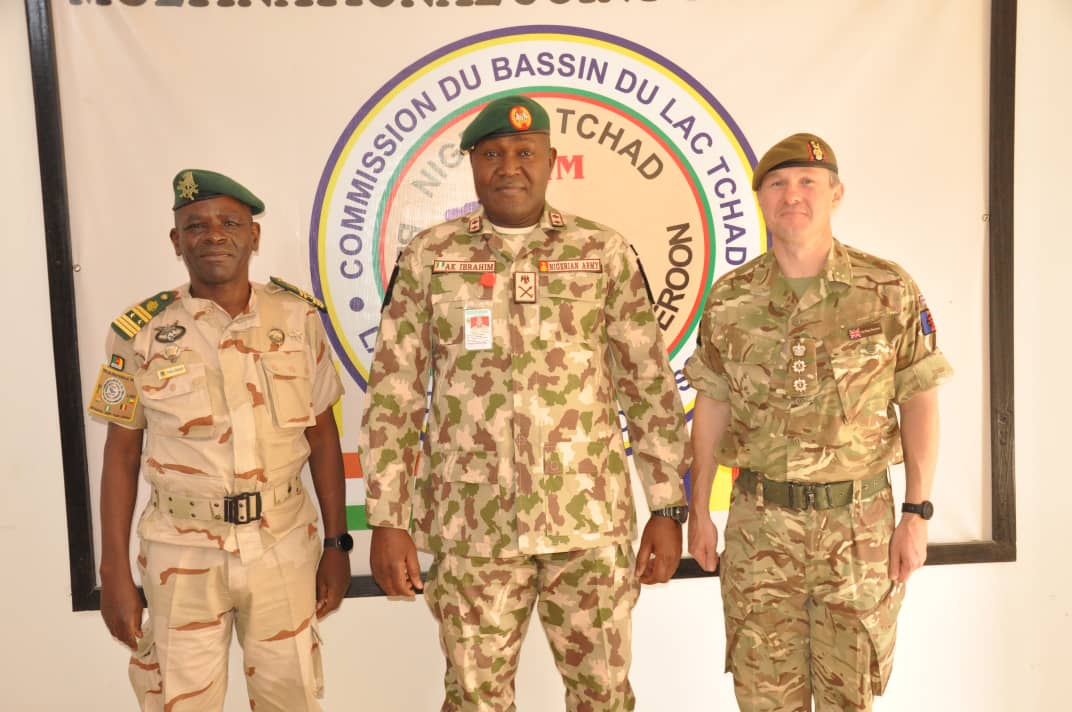 The Multinational Joint Taskforce (MNJTF) says its cooperation and relationship between United Kingdom (UK) has taken a new dimension in counter insurgency operation in the Lake Chad region.

This, the force notes was reflected during the recent visit by a delegation led by Commander Operation TURUS, Colonel Rory Shannon to HQ MNJTF on 1 February 2022 to N`Djamena and the HQ MNJTF.

According to a statement on Wednesday by Colonel Muhammad Dole
Chief of Military Public Information
HQ MNJTF, the Force Commander (FC)  Major General Abdul Khalifah Ibrahim  told the delegation that the Force have recorded achievements that have enabled it return to normalcy most areas previously occupied by the terrorists in the Lake Chad basin.

He said the MNJTF facilitated the restoration of local authorities in towns and villages such as Baga, Banki, Baroua,Amchide  being towns in Nigeria, Niger and Cameroun where Internally Displaced Persons and refugees, who have retuned are living in a peaceful environment.

Commander Shannon stated that his role is to provide command and control to assigned British troops in west Africa and the Lake Chad Basin region. He equally commended British personnel embedded in Centre Coordination and Liaison (CCL), which is one of the MNJTF strategic partners.

Colonel Shannon assured that UK through the CCL, will continue to provide necessary training assistance to enhance the Force operational capabilities, as well as humanitarian support to the affected population.

He acknowledged that the MNJTF operates in a complex environment, faced with dauting operational challenges, as such he promised to present these challenges for possible additional support.  The Commander urged for more ways that can strengthen the partnership and collaboration in support of MNJTF activities.