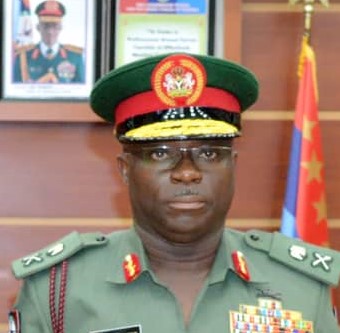 UN Secretary-General appointed a Nigerian general to lead the United Nations Interim Force for Abyei (UNISFA), for the first time since its establishment in 2011.

The international mission was established on June 27, 2011, in response to the urgent situation in the disputed border area less than two weeks ahead of the independence of South Sudan after the eruption of violence between the two sides.

The mission until now is formed only headed and composed Ethiopian military forces as it was requested by the Sudanese government and in recognition of the role played by the late Ethiopian Prime Minister Meles Zenawi.

However, following the deterioration of bilateral relations between Khartoum and Addis Ababa. Khartoum requested the withdrawal of the Ethiopian force from Abyei that remains under Sudan’s sovereignty.

On January 19, 2022, the head of the Un peacekeeping department Jean Pierre Lacroix spoke with the Chairman of the Sovereign Council to inform him of the troops’ replacement process will start in February and will continue until next March.

He held the position of Brigade Commander twice in North-East Nigeria and was Commanding Officer of the Nigerian Battalion with the United Nations Mission in Liberia (2009-2010).

He also served as the Director of Plans at the Nigerian Army Headquarters (2019-2020) and Deputy Director of Doctrine and Combat Development (2017-2018).