Skip to content
OPINION RUSSIA AND EUROASIA US AND CANADA 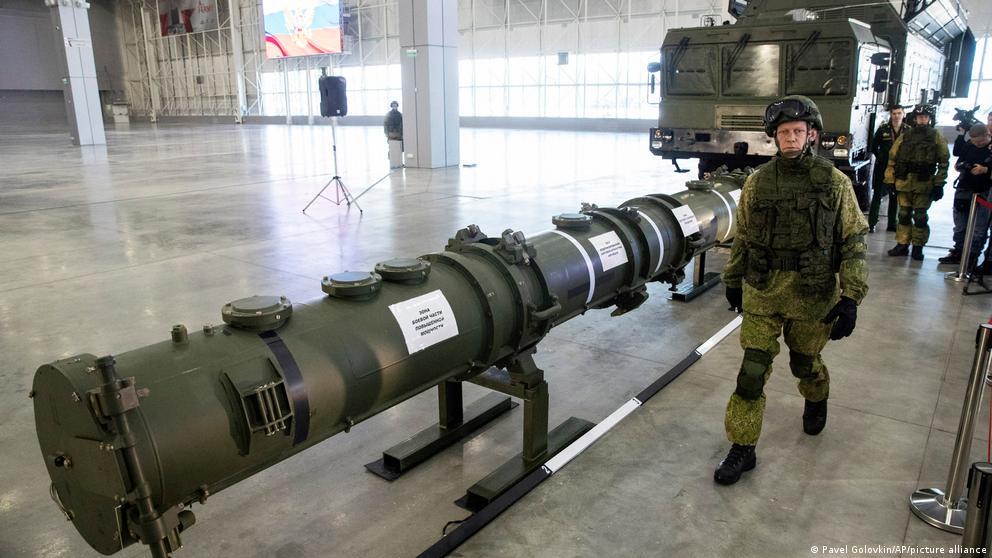 It has been over one month since the Russia-Ukraine conflict broke out. The damaged Ukrainian cities and displaced refugees remind people of the cruelty of war. However, the U.S., which instigated and added fuel to the crisis, is actually a big winner.

The U.S. military-industrial complex is an interest group under the framework of which the U.S. military, private defense firms, the government and Congress work closely together while colluding with American think tanks and the media.

War is a big business for the U.S., as Peter Kuznick, a history professor at the American University in the U.S., has put it sharply. From this perspective, the Russia-Ukraine conflict can be seen as the work of the U.S. military-industrial complex, with the Americans expected to make a big fortune.

While American allies in Europe are suffering from insufficient supplies of oil and natural gas, the crude oil exports of the U.S. have expanded markedly. U.S. crude oil exports rose to reach 3.8 million barrels per day on March 18, representing the highest volume since the last peak in July 2021, U.S. Department of Energy data has shown.

On March 25, the White House issued an announcement that said that the U.S. will work with partners in striving to supply Europe with an extra 15 billion cubic meters of liquefied natural gas this year.

Meanwhile, the U.S. has frequently profited from activities in the international financial market. A turbulent world is creating financial panic on global markets, while the U.S. Federal Reserve has decided to shift toward a tighter monetary policy, lifting U.S. government bond yields. In spite of continuing struggles to the global capital market, the position of the dollar as a dominant currency has been able to benefit from further consolidation, enabling the U.S. to continue to exploit global movements of wealth.

Moreover, the U.S. military-industrial complex is of course a clear winner from all this strife. A U.S. security assistance package for Ukraine worth $800 million, the U.S. provision of advanced weapons to Ukraine, including tens of thousands of anti-tank missiles and air defense missiles, and soaring orders for American-built F-35 stealth fighter jets, are all representative of the benefits the U.S. military-industrial complex has reaped by taking advantage of the escalating Ukraine crisis, just to name a few examples.

In addition, the stock prices of major U.S. private defense firms have increased significantly, and European countries, including Germany, Sweden and Denmark, have all simultaneously scaled up their defense budgets in response to the conflict. These moves provide lucrative business opportunities for U.S. arms developers and manufacturers.

“Making a fortune from war” is a vivid description of what the U.S. is doing, including intentionally hyping up the threat of war and escalating regional confrontations, while taking advantage of the chaos in Ukraine and seeking economic benefits from its European allies along with the wider world. The American-led wars in Afghanistan and Iraq caused substantial suffering in the two countries, but the U.S. military industry nonetheless prospered despite all the carnage.

The volume of international transfers of major arms during the period from 2017 to 2021 was 4.6 percent lower than the period from 2012 to 2016. However, U.S. arms exports grew by 14 percent in the same period, increasing its global share of such sales from 32 percent to 39 percent, according to a report produced by the Stockholm International Peace Research Institute (SIPRI).

In times of war, the U.S. is accustomed to absorbing huge profits and plundering wealth, relying on its dominant military position in the world. On March 28, U.S. President Joe Biden unveiled a budget plan for the fiscal year of 2023, calling for a boost in American military spending. The budget plan includes $813.3 billion for “national defense.” It is the first time that the U.S. defense budget has exceeded $800 billion, with the defense budget being the highest annual defense budget in U.S. history.

Behind Washington’s record skyhigh defense budget, one can see that the U.S on the one hand is offering military assistance to Ukraine and on the other hand is reaping profits from the unfolding Ukraine crisis. On this account, then, the world should do its utmost to remain highly vigilant toward the U.S. in its war profiteering.

Zhang Hong is a commentator with People’s Daily Overseas Edition