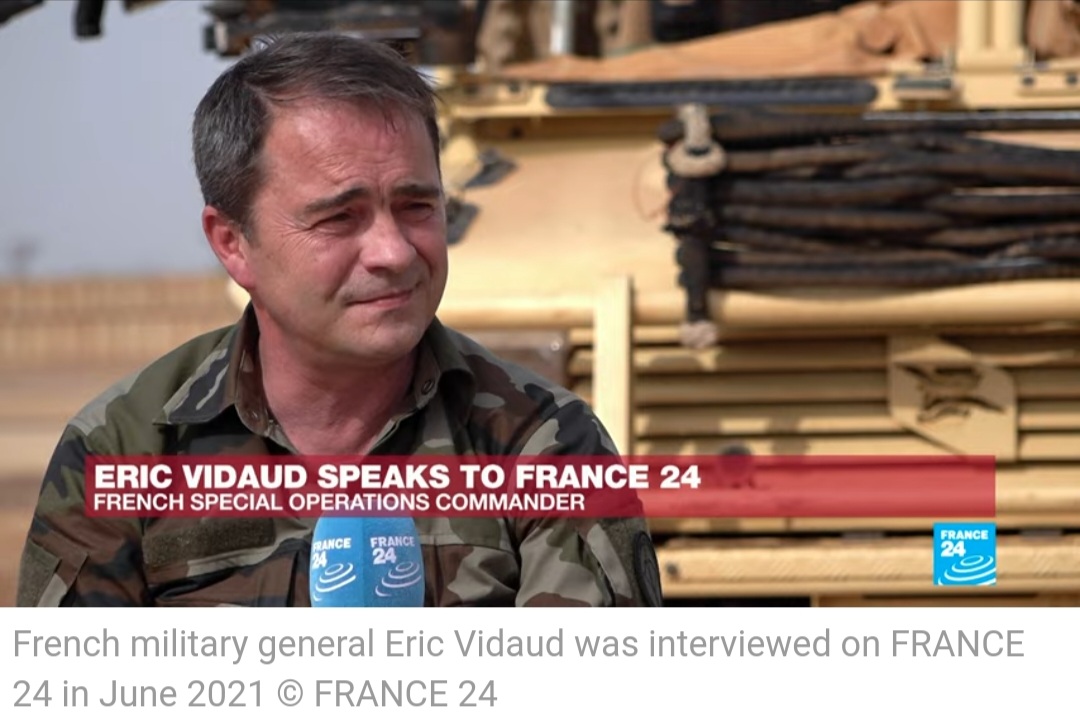 France’s military intelligence chief is leaving his post after Paris failed to accurately predict in contrast to other Western allies that Russia would launch a full-scale invasion of Ukraine, several sources with knowledge of his exit said.

General Eric Vidaud, who has led the Direction of Military Intelligence (DRM) since only last summer, is to immediately step down from his post, a military source, who asked not to be named, told AFP.

The source confirmed a report on the l’Opinion website citing an internal defence ministry investigation that criticised “insufficient briefings” and “failure to master the issues.”

Another source told AFP that there had been rumours within the army concerning the departure of the general in recent days, with it possible that another post could have been offered to him, though in the end this was not the case.

In the months before the invasion of Ukraine by Russian President Vladimir Putin on February 24, France’s assessments had contrasted with the gloomy predictions by allies including the US and Britain who warned a major military assault was imminent.

Senior figures from President Emmanuel Macron’s government insisted there was no suggestion of a full-scale invasion and Macron kept diplomacy going to the last minute, meeting Putin in person in the Kremlin and trying to set up a summit with US President Joe Biden.

The issue is particularly sensitive as Macron has largely avoided campaigning for the presidential election in April to focus on dealing with the war, aiming to burnish his image as a global statesman.

‘The Americans were right’

In early March, France’s top general Thierry Burkhard admitted in an interview with Le Monde newspaper that there had been differences in the analyses between France and the US over what would happen in Ukraine.

“The Americans said the Russians were going to attack and they were right,” said Burkhard, who has won admirers during the conflict for his frank assessments of the situation.

“Our services rather thought that the invasion of Ukraine would have a monstrous cost (for Russia) and that the Russians had other options” to achieve their goals, he said.

In fact, the Americans had high-quality intelligence on Russian preparations and took the unprecedented decision, several weeks before the invasion, to make the information public in an attempt to put pressure on Putin.

Alexandre Papaemmanuel, professor at the Institute of Political Studies (IEP) in Paris and a specialist in intelligence, said Washington had employed a new tactic in using intelligence to try to pressure a foreign leader.

He said France was well aware that its own intelligence had failed on this occasion, though he added that the DRM should not be the only branch of the security services to take the blame.

Le Monde said the DRM had often found itself sidelined by France’s powerful foreign intelligence service, the General Directorate for External Security (DGSE), famous abroad thanks to the hit TV series “The Bureau.”

But Papaemmanuel said: “The warning is for the entire (intelligence) community. You have to be efficient and meet all the threats.”

A military source said the DRM’s main role was provide intelligence on operations, and not on intentions.

Take international news everywhere with you! Download the France 24 app

Its services had concluded that Russia “had the means to invade Ukraine and what happened showed that it was right,” the source said.

Le Monde said the Ukraine war had exposed the differences between the intelligences services of France and those of the UK and US, which have larger budgets and more room for manoeuvre in terms of surveillance law.

“Even if this reliance on Anglo-Saxon intelligence has existed for a long time, particularly in the fight against terrorism and in space, the war in Ukraine has shed light on it in a crude way,” the paper wrote.