War, floods, droughts and blackouts is feeling the strain 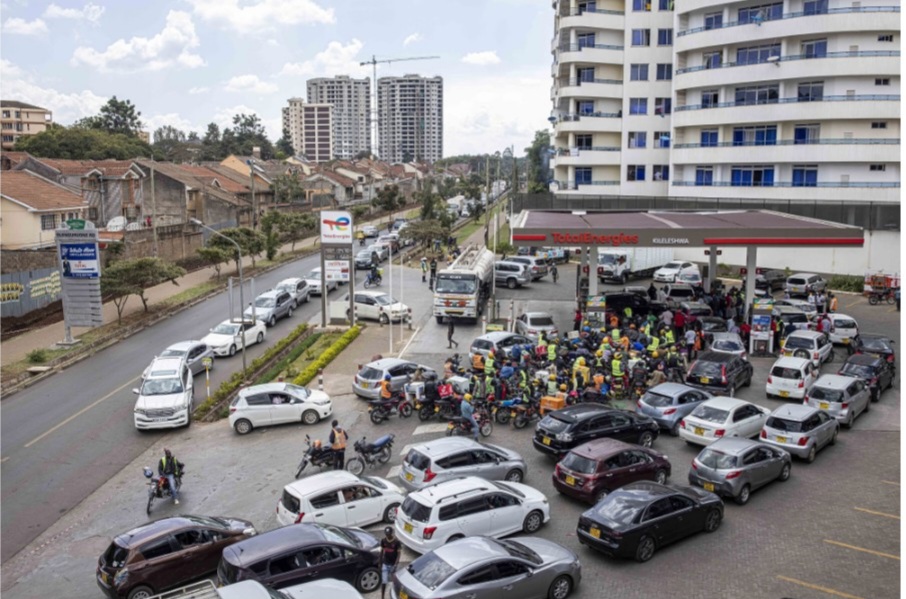 Drivers and motorcyclists line up for fuel in Nairobi, Kenya, on April 13. Photographer: Patrick Meinhardt/Bloomberg

Russia’s invasion of Ukraine has driven up the price of the oil products, grain and fertilizer that many African nations depend on. A conflict in Ethiopia has derailed the economy of the continent’s second-most populous nation, and the wider Horn of Africa region is now in the worst drought in 40 years.

Unprecedented floods and a surge in power outages have hobbled South Africa.

And all of that has happened as the continent tries to recover from the coronavirus pandemic, which idled factories, disrupted trade and sent millions into unemployment.

On the back of sometimes profligate financial management, the series of misfortunes has left many countries close to the brink.

Ghana and Ethiopia, with borrowing costs that have risen more than seven percentage points since 2019, are among countries that Bloomberg Economics sees in immediate danger of being unable to pay their debts.

Others may not be far behind. Kenya expects to spend a record amount of money servicing its liabilities in the budget year starting July 1. Other countries, like Senegal, are facing similar fuel shortages that crippled East Africa’s biggest economy for weeks.

There are many variables outside of Africa’s control.

President Vladimir Putin’s decision to invade Ukraine instantly constricted global supplies of wheat and fertilizer and upended the oil market. The coronavirus spread from China to Europe and then to Africa.

The continent’s economies were ill prepared for the unexpected shocks.

Onerous debt burdens and sluggish growth make African nations among the first dominoes likely to fall in a time of global upheaval.