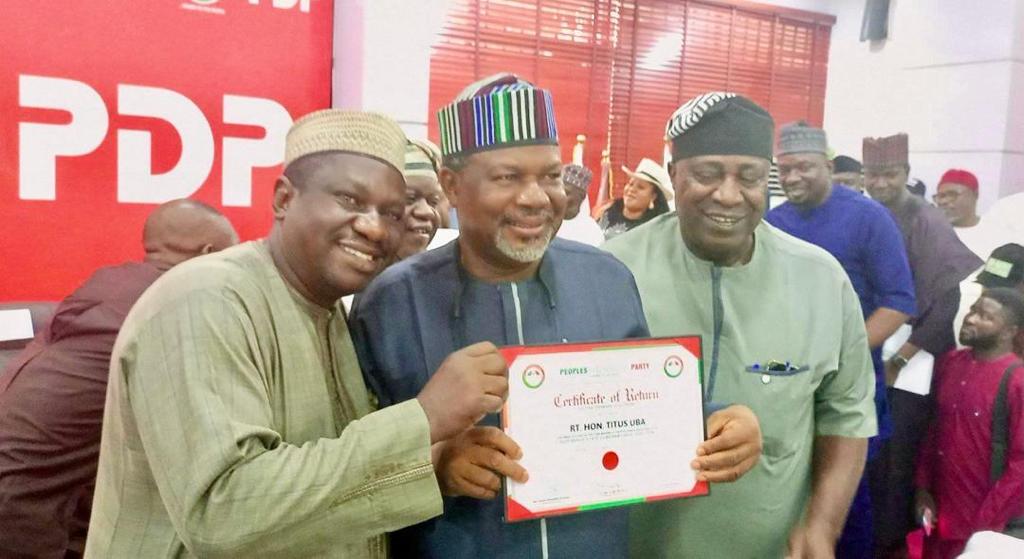 •Pledges to focus on Agric, security if elected

•As Atiku thanks Nigerians for keeping faith with PDP

In his address shortly before the presentation of certificates, Senator Ayu congratulated the governorship candidates of the party and charged them to embrace fellow aspirants as they campaign in their respective States.

Uba in a statement made available by the Online Media Aide UBA Campaign Team, Mr. Tersoo Agbatse, expressed optimism over the victory of party in the forthcoming elections considering the credibility of candidates flying the party’s flags.

In his goodwill message, the PDP presidential flag bearer and former vice president of Nigeria, Alhaji Atiku Abubakar thanked Nigerians for keeping faith with the PDP, saying the party is prepared and determined to rescue the country from the misrule of the APC led government.

Addressing journalists after receiving his certificate of return, the Benue Guber candidate, dedicated his nomination to the party and promised to prioritize mechanized agriculture and security, if given the mandate to serve the Benue people next year.

On the prospects of the party winning the forthcoming elections, Uba said PDP is the only organized political party in the state with the manifesto to address the needs of the people.

He once again appreciated the leadership and members of PDP in Benue State for trusting him with the party’s guber ticket and promised to carry everyone along.