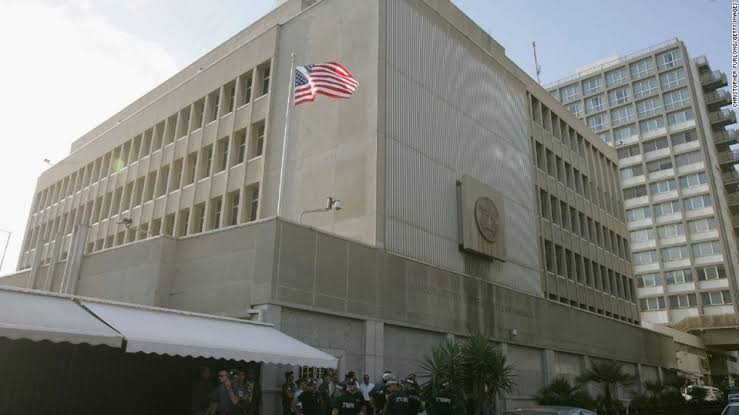 Getting Schengen, United Kingdom, United States, and certain other countries’ visas can be a nightmare. A retired Nigerian diplomat tells BusinessDay that, “while a Japanese businessman or citizen who has business or travel to do in the US or in EU countries would simply buy a ticket and fly to these countries, his Nigerian counterpart, on the other hand, faces humiliating and oppressive barriers in accessing a visa.”

A Nigerian would typically have to produce such array of daunting documents, including a letter of employment, current bank statement of the last six months, leave permission from an employer, income tax return form or certificate of income tax deducted at the source of salary, copy of company registration, company bank statement of the latest six months, as well as proof of accommodation, introduction letter, invitation letter from the host, host’s work details, host’s bank statements, and utility bills.

Western diplomats say that these immodest requirements are needed to ensure that only ‘genuine visitors’ are allowed into their countries. However, these ostentatious requirements have led to the creation and burgeoning of an ecosystem of corruption built around visa racketeering in Nigeria. This biome of fraud and sleaze permeates the judiciary, the banking sector, foreign diplomatic missions, and business centers across the country.

In Abuja, the Federal Capital, Commerce Plaza in Area 3, as well as UTC Shopping Complex in Area 10 with their unassuming maze of miscellaneous business centers have grown into major epicenters for the production and dissemination of fabricated documents presented to embassies by visa seekers.

Alfa (not real name) is a clinical pharmacist in one of the General Hospitals in Abuja. He told BusinessDay that he has used non-genuine documents designed by specialists in Area 10 to get visas to France, Australia, and the UK in the past. He specialises in providing this false documentation to those who need them.

“If you want Buhari’s signature, we can get it for you here,” he tells me. “We help those who need them by providing them with documents such as utility bills, income tax certificates, company registration certificates, and others”.

He further tells me that he helps clients to source for other critical documents desired by foreign missions. “What we cannot produce here, we get it from other people across the world. So, if an embassy needs a letter of invitation, I know people in the US, UK, and Europe from whom we can get letters of invitation. I know people abroad who would provide proof of accommodation, and I know people in Nigeria and overseas who I can get bank statements from, including bankers.”

But the pervasive corruption goes beyond the network of dishonest document production. It goes right into the embassies themselves.

“I was going to one of the Caribbean countries last August,” Bola tells me. She had applied for a UK transit visa, which had been rejected by the British High Commission. “I was introduced to this gentleman, who I would ordinarily have dismissed as a boor had he not been introduced to me by a dear friend. He assured me I would get the visa and asked me to re-apply again. He requested N400,000, which I paid him and in less than two weeks, I got the visa.

How is this possible? It is possible because a thriving industry around visa fraud has over the years developed in the country, with Nigerian cartels working for hand in glove with local and foreign consular officers in foreign missions.

Alex runs a travel agency in Abuja. He has been in the business since 2003. He arranges tickets and visas for clients. Alex explains to me the sophisticated means by which visas are acquired for desperate Nigerians keen on leaving the country.

From his safe, he withdraws a Nigerian passport and shows me a recently stamped French visa. “I just collected this,” he says, adding, “the owner paid N1.7 million for this visa. It is a one-month visa.”

The money, he says, was paid to him by his client. Alex used to be a lecturer in one of the Colleges of Education in the Southwest. He had since left the poor paying job. Getting visas for desperate Nigerians, he says, is more lucrative than teaching impressionable young minds. “What my friends and I do is that we take on the task of procuring visas for our clients. A lot of people want to leave this country. They leave the entire process in our hands. From the completion of the forms to the sourcing of the supporting documents, we do it. The reason is that getting a visa in Nigeria is a war, and most people have already thrown up their hands in surrender even before the process starts.

“The truth is that the process of getting a visa can be exhausting. I have people in the UK, some EU, Turkish, and South African visa sections,” he tells me. “For the US, UK and EU, they are not the foreign consular officials,” he adds. “They are Nigerians working there.”

He goes on to inform me that foreign consular officers who make the final decisions at the various EU embassies and consulates, as well as the UK mission, rarely do get to see applicants’ requests for visas. “The truth is this and you can quote me because I know. No consular officer sights any Nigerian document. No consular officer in these embassies gets to see your account statement, your tax certificate, or anything at all. It is the pre-submission team that does all that.

“One they write that ‘I am not satisfied with this applicant’s claims’, it is what the consular officer, who is the visa issuer will adopt. You will not get a visa. In the past, they would have just stamped the visa with a rejection notice. But because many Nigerian passports had been defaced with such rejection stamps, the Ministry of Foreign Affairs had to step in and stop it. Once the pre-submission team recommends your application for approval, all the consular officer does is to release his sticker and place that visa on your passport”.

It is here that corruption works, Alex tells me. He goes on to explain that, “all members of the pre-submission team that I know of are all Nigerians. We work with them across various embassies. They tell us how many applications to bring. Don’t forget that consulates have a maximum number of visas to issue each month and the pre-submission team knows this. So, they work with some of us to ensure that our candidates get visas. My client pays N2 million and I pay my contacts in the pre-submission team between one million and one and half million naira. Whether it is Area 10 papers or Area 3 papers or Zone 5 papers that we bring, our visas will be approved”.

But, it is not just the pre-submission team that Alex works with. He says that he works with senior government officials to place the names of his clients on institutional requests for visas. “It is a lot easier and cheaper than working with the pre-submission team,” he acknowledges. “So, what we do is we work with contacts in the Ministries and Agencies, they are mostly Directors and we pay them hundreds of thousands of naira; as much as half a million to eight hundred thousand per candidate. Our clients’ names are placed on the endorsed list of Ministry officials travelling for official duties or for training. The list is sent to the Ministry of Foreign Affairs, which then sends a ‘note verbale’ to the respective diplomatic missions requesting for the issuance of visas for the people on the list”.

BusinessDay sent emails to both the United States Public Affairs section as well as the British High Commission for response to these allegations, as at the time of going to press, no response had been received.

A 2019 Konrad Adeneur Stiftung report aptly noted that corruption “permeates every level of society, from high-level politicians and civil servants to the security forces, businesspeople and the country’s poorest citizens. So, it is hardly surprising that Nigeria has languished in the lower quarter of Transparency International’s ‘Corruption Perceptions Index’ for many years. In 2018, the country was ranked 144 out of 180, alongside countries such as Comoros, Kenya, and Mauritania.”

In the 2020 index, Nigeria slipped five places, ranking 149th place. The country dropped another five places in the 2021 Corruption Perceptions Index (CPI) index, scoring 24 out of 100 points and ranked 154 out of 180 countries.

The scope and complexity of corruption in Nigeria is immense. It is complex, multifaceted, and multi-directional. This polyvalence encompasses the process of getting a visa in the country.

While corruption is expansive in Nigeria, it must be admitted by all stakeholders that the contributing factors are also many and diverse.

The profiling of all Nigerians and criminalisation of genuine travellers by foreign diplomatic missions have been a driver of the visa growth of criminal cartels, and the resort by Nigerians who seek to honestly do business to travel to Europe and the United States.