How ‘The West’ beat ‘The Rest’ with six ‘Killer Apps’ 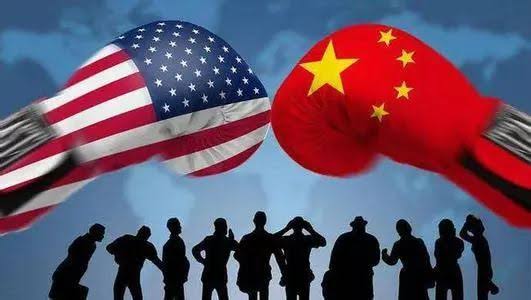 Editor’s note: This article on Niall Ferguson’s book was published in 2011 and republished by Global Sentinel in 2018. It has even become more relevant today because of the ongoing Russia-Ukraine war, China’s challenge to the US led Western World Order and the geopolitical reorganisation across the world.

Historians have long struggled to explain how the West became the preeminent political and economic force in the modern world, and why so many people aspire to emulate the lifestyles, fashions and popular culture of America and Western Europe.

Through the rubric of these apps, Ferguson tells NPR’s Neil Conan that Western countries created a unique set of social institutions — from the rule of law and modern science to a unique work ethic and a thriving consumer society — that enabled them to surpass their non-Western neighbors.

But these days China is quickly catching on — and catching up.

On the first killer app — competition

“If you’re trying to work out why, in the course of the period after around 1500 or the 1490s, the West — meaning Europe and later on its colonies and settlements — forged ahead of the rest and particularly the big empires of the Orient like Ming China, the one answer that leaps out is that there was a very different institutional structure at the western end of Eurasia.

“And that took multiple forms. For example, there are many, many small states. It’s very fragmented politically, whereas China is this monolithic empire with a centralized bureaucracy. And even within the European states, there’s competition between corporate entities, like for example the Corporation of the City of London, which the English crown doesn’t really control.

“So it’s a very different institutional setup, and this manifests itself when, in the early 1400s and the 1420s and the 1430s, the Chinese emperor decides to stop oceanic navigation, cancel the great voyages of Admiral Zheng He, which had far exceeded anything Europeans had achieved at that time, going right across the Indian Ocean to the African coast; whereas in Europe, nobody could have done that.

“The competition between Portugal and the Italian city-states and then Spain, later the Netherlands and England — the competition to get trade routes and wrest them from the control of other countries propelled an age of exploration, an age of navigation, of commerce and conquest and colonization quite unlike anything that emerged from the Orient.

“So that’s the starting point for my argument. What I’m really saying is it’s the institutions that matter, not national character, not geography, not the weather, not the various theories that have been tried in the past, but these institutions – man-made things that fundamentally changed the incentives that the people had.”

On the scientific revolution app

“If you had asked who’s ahead in terms of science in the 10th or 11th century, the answer would clearly have been it’s the Islamic world. The Abbasid Caliphate is streets ahead of any medieval European country. And indeed the medieval universities have to kind of re-import lost knowledge from the ancient world via the Arab world.

“So this is a really important point, and yet by the 17th century, when the great scientific revolution we associate with people like Isaac Newton happened, the Islamic world didn’t play any part at all. The scientific revolution, which completely transforms our understanding of the natural world and introduces the scientific method in its modern sense, is a purely Western phenomenon. Indeed, it’s confined to really quite a small part of Europe with tiny offshoots in further-flung places.

“I think that’s a really puzzling thing, and why it was that Islamic science declined even as Western science rose, that’s one of the big questions that modern scholars debate. I think the main explanation for this is that the power of the clergy was growing, in, particularly, say the Ottoman Empire, which, you know, by the 17th century is the big player in the Islamic world and certainly the player nearest to Europe.

“Meanwhile, the power of the churches is in fact waning in 17th-century Europe in the wake of the Reformation. So there is a kind of fundamental divergence in that respect. Also, Europe had printing, and that had been banned in the Ottoman Empire. And printing is pretty important because it spread scientific knowledge.

“As the Reformation raised literacy rates so that people could read the Bible, it created the possibility that they could read, well, anything, including, as it turned out, scientific treatises. So this is another killer app. And I call it the scientific revolution to distinguish it from science more generally.

On why it’s not just about Guns, Germs and Steel

“I’m a huge admirer of Jared Diamond, and I’ve been inspired by him and indeed influenced by him. I think the idea that competition is a killer app, I credit him with that insight.

“But the emphasis that he puts on geography as a determining factor is something I have a slight problem with, not because it’s not helpful. It’s clear that the reason Eurasia ends up being a great deal richer and more powerful than, say, Australasia or, for that matter, the Americas, has to do with geography.

“But — and this is the critical point — the Diamond thesis can’t really explain why one end of Eurasia ends up dominating the other end; in other words why Europe ends up so much more powerful than China and India and indeed ends up formally ruling India after the mid-18th century.

“And I don’t think you can get there with a geographical story … there isn’t a significant enough difference, it seems to me, in geography between the two ends of the Eurasian landmass. And indeed that’s why I press the case for an institutional explanation …

“You can think of this as a big debate between people who think that it’s natural resource endowments that determined history — including geography or for that matter climate — and those like me who say … it’s the manmade institutions that make the difference.

“And one reason that I incline strongly towards that second view is that we’ve conducted some interesting experiments in the last 100 years to see what happens when you make radical institutional changes. We took two very similar populations, living in pretty much the same place, and we divided them — the Germans and the Koreans — into communist and non-communist or capitalist parts.

“And with incredible speed, the institutional changes had massive material consequences. They just changed the way that people behaved. So Germans living in Germany, Koreans living in Korea started to behave totally differently because they had different institutions.

“That seems to me a pretty good illustration of the way institutions matter. And that’s why my book is much more about institutions. Although I call them the killer applications to try to attract the attention of my teenage readers, including my own children, I’m really talking about institutions here. And I think they’re more important, in the end, than geography.”

On how China is using the killer apps to get ahead

“In many ways, China has downloaded five, but not six, of our killer applications, and it may have got the competition in its economy, and it certainly has made great strides in science, not to mention medicine. The consumer society is flourishing there. Indeed, it’s part of the five-year plan to grow it. And the work ethic, you bet. They’ve got it.

“But they don’t have the rule of law based on private property rights — they really don’t — and they certainly aren’t moving in the direction of representative government. And that’s their biggest weakness. That’s their Achilles’ heel.

“So I’m not one of those people who says, ‘It’s a slam dunk. The future belongs to China.’ It’s more complicated than that. And we actually have the potential to reform ourselves, upgrade our civilization, reboot the software before it’s too late.”

Ferguson teaches history at Harvard University. His books include The Ascent of Money and High Financier: The Lives and Time of Siegmund Warburg.