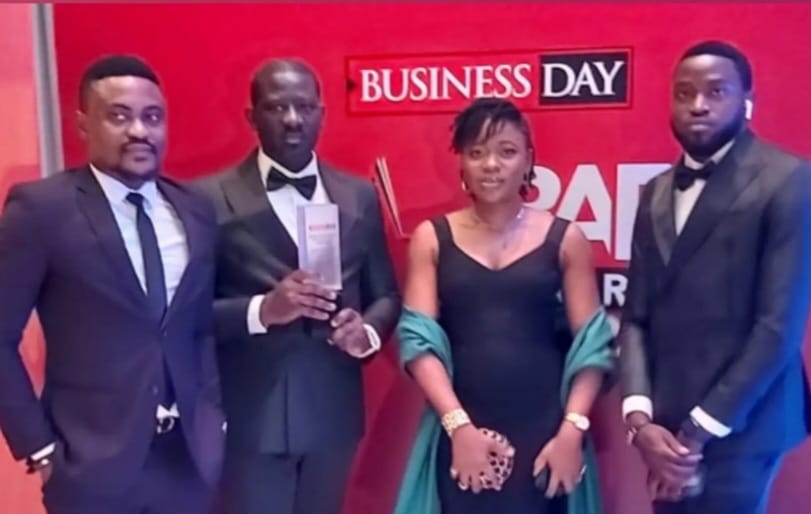 It is a measure of the corporate strength and socio-economic impact of LAPO Microfinance Bank that it has been honoured with two respected awards in less than two months. For those familiar with the institution, it is not exactly surprising. LAPO MFB has an enviable track record of earning plaudits from peers and regulators for its accomplishments in various areas. Despite its modest and professional corporate style, LAPO cannot help standing out. Here are two recent significant examples.

Three weeks ago, LAPO Microfinance Bank was announced as the Microfinance Bank of the Year at the prestigious Banks and Other Financial Institutions (BAFI) Awards event held in Lagos. For any institution in the vibrant subsector, earning such a competitive and coveted honor is no mean feat. The BAFI Awards are organized by Nigeria’s preeminent business newspaper, Businessday and they are highly regarded in the nation’s finance and development sectors. It’s additionally significant that LAPO MFB is wining the honour for the ninth time. Yes, you read right. NINE TIMES. For the ninth time in a decade, LAPO MFB has been declared the best among her peers in the subsector. This is a remarkable accomplishment by any measure.

To win, LAPO had to perform creditably on a host of rigorous criteria including:

3. Market penetration measured by density in specific cities and towns

It succeeded. In the words of the Awards Review Committee of the BAFI Awards: “Over the years, LAPO has come to be regarded as the humane, compassionate face of microfinance in Nigeria. The company’s ethos, and values have never deviated from the founding vision of its founder, Dr. Godwin Esewei Ehigiamusoe”.

The committee went on to add that under Dr Ehigiamusoe’s watch, “LAPO has continued to successfully blend these with efficient operations nationwide and a world-class risk management system, which ensures the sustainability of its business.”

The International Financial Inclusion Conference brings together important and knowledgeable players in the public and private sectors – Regulators, Operators, Policy Analysts and Government functionaries. The broad objective is to identify opportunities and challenges as well as proffer solutions to the challenges militating against the achievement of the nation’s financial inclusion objectives. It is indeed significant that this worthy assemblage considered LAPO worthy of the honour.

Financial inclusion is defined by the World Bank as ensuring that “individuals and businesses have access to useful and affordable financial products and services that meet their needs – transactions, payments, savings, credit and insurance – delivered in a responsible and sustainable way”. Achieving this is at the heart of LAPO MFB’s mandate. The recognition that it is one of the most important institutions that have made progress in achieving this is indeed significant.

As LAPO MFB’s Managing Director Cynthia Ikponmwosa enthused: “We appreciate  the NIFS, organisers of this conference and the CBN for this recognition and  award. it is a validation of LAPO’s immense impact on Financial inclusion through the consistent delivery of innovative Financial products and services to the last man in the last mile across  Nigeria.”

Fundamentally, the two awards, like previous ones, are a testament to LAPO MFB’s corporate track record and the strength of the organization’s systems and processes which have been serving millions of customers across the nation since its establishment. The message is that the corporate architecture is in great shape and that customers and partners will continue to enjoy the quality services they are accustomed to. Coming after the disruptions of than Covid-19 pandemic, the positive implications of this are clear.  They also underscore the credibility of the consistent top marks that LAPO MFB has consistently earned from Agusto & Co, the respected ratings agency.

Notably, this microfinance bank is also one of the nation’s top five employers. So the awards are also a confirmation that its corporate strength is making a real difference in the lives of businesses and families who are benefitting from the direct and indirect jobs that its projects and interventions have made possible. In other words, LAPO MFB is a beneficial blend of institutional strength and real-world impact contributing to the nation’s overall socio-economic development. What better reason to honour a performing and impactful institution.