N450m Fraud: Court throws out ex-minister, Bulama, others’ applications for stay of proceedings 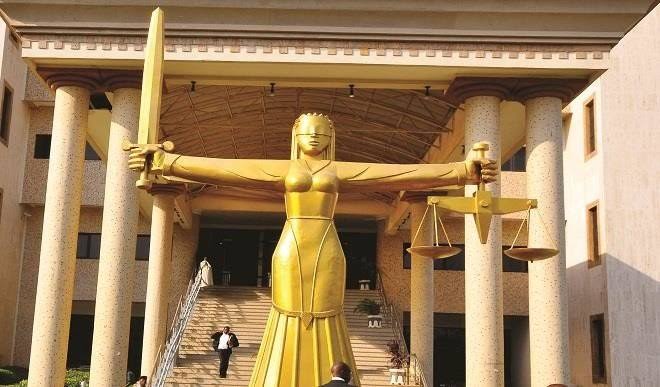 A Federal High Court in Damaturu, Yobe State has rejected applications seeking for “stay of proceedings” filed by a former Minister of Science and Technology, Dr. Abdu Bulama and four others in a N450 million fraud case.

Bulama was re-arraigned on November 8, 2021 alongside a former Commissioner for Integrated and Rural Development in Yobe State, Hon. Mohammed Kadai, Abba Gana Tata, Muhammad Mamu and Hassan Ibn Jaks on a seven count charge of criminal conspiracy and money laundering, following the judgment of the Appeal Court in Gombe State which upheld the argument of the EFCC that the Lower Court erred by discharging and acquitting the defendants following their ‘no case submission’ upon the closure of the prosecution’s case.

The ex-minister allegedly received the N450m from Diezani Alison- Madueke, a former Minister of Petroleum Resources, to influence the outcome of the 2015 Presidential election as the Coordinator of former President Goodluck Jonathan’s 2015 Re-election Campaign Committee in Yobe State. Kadai was Deputy Coordinator, while the other three defendants were members of the committee.

At the resumed sitting on Tuesday, the defendants through their lawyers, J.J. Usman and U.M. Isah informed the court that they have approached the Supreme Court to set aside the judgment of the appellate court which dismissed their no case submission and ordered a return to the Federal High Court in Yobe State for the continuation of trial.

They argued that it would not be proper for the lower court to proceed on the matter during the pendency of the appeal at the apex court.

Opposing the prayers of the defendants, prosecution counsel, Mukhtar Ali Ahmed told the court that the EFCC is not oblivious of the fact that there is an appeal before the Supreme Court and all processes of the appeal have been received by the prosecution.

However, he said the EFCC is not aware of any order directing the court and the judge to stay proceedings in the case.

Muktar argued that: “Appeal regarding this case at the Supreme Court is obviously different from the matter before this court as it has no correlation.”

Justice Fadima Aminu, in her ruling, said there is no order before the court directing a stay of proceedings and there is no correlation between the appeal before the Supreme Court and the matter before her.

Consequently, she refused the applications of the defendants and ordered for accelerated hearing of the case.

The prosecution then called its first witness, Mohammed Jajere. Led in evidence by the prosecution counsel, Mukhtar Ali Ahmed, PW1, Jajere, a Consultant Engineer told the court how he received the sum of N23, 210, 000.00 from the fourth defendant, Muhammad Mamu, on the 21st of February, 2015, the eve of the 2015 Presidential election day, in order to influence the outcome of the election in Fune local government area of Yobe State.

“I know all the defendants because we belong to the same political party, PDP. At that time, towards the 2015 Presidential election, I was a member of the caretaker committee of the PDP in Yobe State.

“Election was conducted the next day and our party lost the election and we all went back home.”

He further testified that, in 2016, he received an invitation from the Maiduguri Command of the EFCC to come and explain his involvement regarding the money he received from the fourth defendant.

“I got a call from the EFCC in the year 2016 to come explain the money I received from my leader, Dr.Muhammad Mamu which I obliged”, PW1 said.

While being cross examined, PW1 told the court that as at the time he received the money in cash, there was no functional bank in Fune local government area due to the insurgency.

He further told the court that he received the money based on the political party’s instructions and the money was not in any way payment for goods or services rendered to the fourth defendant.

He stated that without the money he received, “our party in the local government would not have been able to participate in the election”.

Justice Fadima, having heard the testimonies of the PW1, discharged the witness and adjourned to January 19, 2022 for continuation of trial.
19 January, 2022.

At the resumed hearing on Wednesday, January 19, 2022 the EFCC presented two more witnesses.

Prosecution counsel, Mukhtar Ali Ahmed led in evidence the PW2, Adam Ishaya. a politician and farmer, who revealed to the court how he received the sum of N13, 150, 000.00 (Thirteen Million, One Hundred and Fifty Thousand Naira) from the third defendant, Abba Gana Tata, day to the 2015 Presidential election.

The witness said after he collected the money, he took it to a 12-member committee in Fika local government area of Yobe State for disbursement on the day of the election.

While being cross examined, PW2 told the court that there was no functional bank in Fika local government area as at the time he received the money, adding that the committee could not have disbursed the money to over a thousand people on election day via bank transfer.

He further told the court that part of the money he received was meant for logistics for agents at all polling units in Fika local government area.

The third prosecution witness, Dauda Umar in his testimony, revealed how the first defendant made a cash withdrawal of N450million from Fidelity Bank, Damaturu branch and disbursed the said sum to influence the outcome of the 2015 Presidential election.

PW3 who is an operative of the EFCC, told the court that on 13th of April, 2016, the Maiduguri Command received an ‘intelligence report’ from the Headquarters in Abuja and it was assigned for further investigation.

Dauda said the intelligence report stated that the Commission was investigating a case of money laundering against Diezani Alison-Madueke, a former Minister of Petroleum Resources and investigation revealed that Diezani warehoused $115, 010, 000.00 (One Hundred and Fifteen Million, Ten Thousand US Dollars) in Fidelity Bank across the country and the money was to be used for 2015 Presidential election.

PW3 told the court that investigation revealed that the monies were disbursed to politicians, security agencies and INEC officials.

He further testified that during investigation, one Rabiu Bello who was a cash officer with Fidelity Bank, Damaturu branch was invited to the Maiduguri Command of the EFCC for interview and he told the investigating team that he was authorized by his operational manager to release the sum N450million to the first and second defendants; Abdu Bulama and Mohammed Kadai prior to the 2015 Presidential election.

“Investigation revealed that the balance was shared amongst security agencies and INEC officials in Yobe State”.
PW3 told the court that all the defendants were invited to the Maiduguri Command of the EFCC at different times starting with the first to the fifth defendants and N14.2million was recovered in the course of investigation.

“All the defendants were invited at different times and they were interviewed and they all made voluntary confessional statements, admitting they received the said monies as revealed by investigations”, PW3 said.

Prosecution counsel, Ahmed sought to tender the statements of the defendants as evidence before the court but defence counsel objected to the admissibility of the statements on the grounds that they were not made voluntarily.

They prayed the court to order a “trial -within-trial” to determine the voluntariness of statements made by the defendants at the Maiduguri Command of the EFCC.

Justice Aminu, thereafter ordered for a trial-within-trial and adjourned the matter to January 20, February 28 and March 1, 2022 for continuation trial.