NATO responds to Russia’s demands with its own 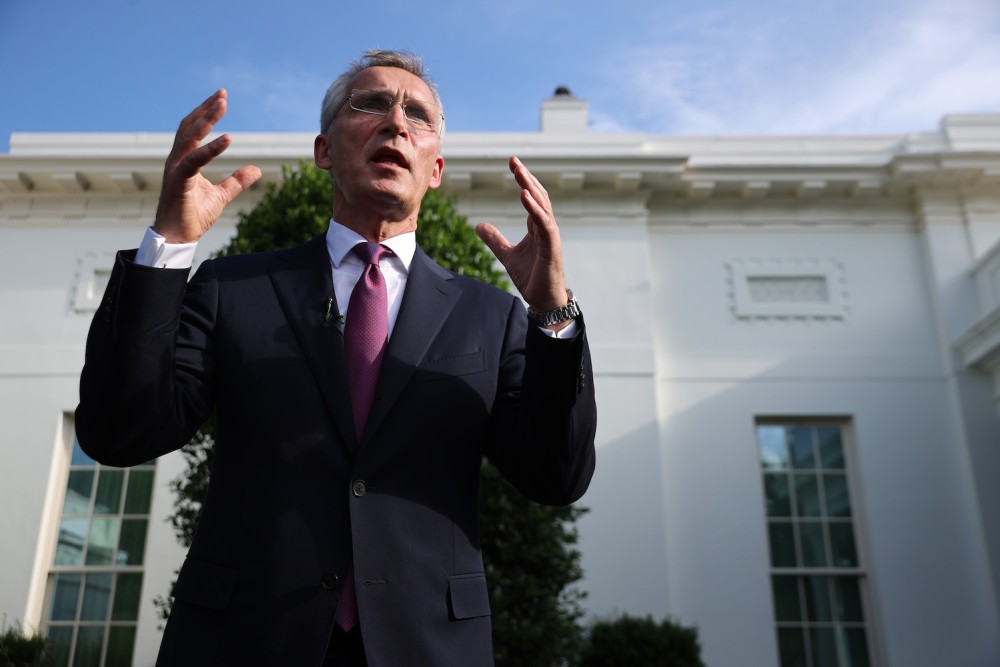 Russia sent its demands to the West, and now the West is sending counter offers.

U.S. officials and NATO separately sent a list of proposals to Moscow to defuse the current crisis and convince Russia to back off its war footing after it amassed 100,000 troops on Ukraine’s borders.

What’s on the diplomatic menu. Among NATO’s proposals, outlined in a speech on Wednesday by NATO Secretary-General Jens Stoltenberg: reopening NATO’s and Russia’s respective diplomatic missions, starting new talks on arms control and rules for intermediate and short-range missiles, and proposing new rules for transparency on military exercises and nuclear doctrines.

Stoltenberg also demanded Russia remove its troops from Ukraine, Georgia, and Moldova—a likely nonstarter for Russia, given its penchant for fomenting frozen conflicts and propping up artificial breakaway provinces in those countries to wield its geopolitical influence over its neighbors.

Some hope for diplomacy? But there may be room for common ground on the other proposals, current and former U.S. and NATO officials told SitRep.

The hope is these proposals can be a starting point for gradually defusing tensions over Ukraine, though Washington and the rest of its NATO allies have resoundingly rejected Moscow’s demand to permanently close the door on NATO expansion to new members, namely Ukraine.

Still, NATO members are bracing for another war in Europe if Russian forces cross the border with Ukraine. Washington and NATO allies—most notably Britain, Canada, and the Baltic states—have ramped up shipments of defensive military equipment to Ukraine. The United States has also put 8,500 troops on standby to deploy to Eastern Europe on short notice to shore up NATO’s eastern flank (though there are no plans to send U.S. troops to Ukraine).