To reveal, or not to reveal? The calculus behind US intelligence disclosures 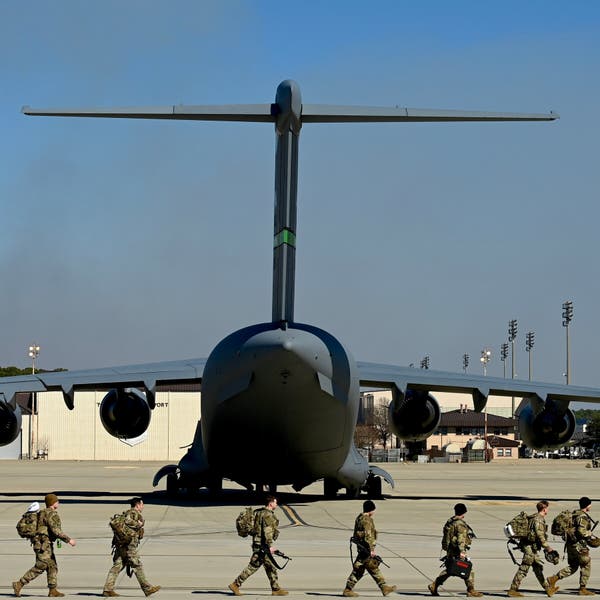 The United States and the United Kingdom have supplied the world with a steady stream of declassified intelligence exposing possible Russian schemes to attack Ukraine. Washington has released the occasional declassified assessment before, such as its reports on the murder of Saudi dissident Jamal Khashoggi and Russian interference in the 2016 election. But the current quantity, frequency, and depth of classified raw intelligence being revealed is unprecedented.

As the world waits to see what Russian President Vladimir Putin plans to do with the troops he has amassed on the Ukrainian border, the frequent Western intelligence disclosures have upped the ante. The more Washington exposes Russian actions and intentions, the fewer face-saving off-ramps Putin has. Ukrainian President Volodymyr Zelensky has criticized the United States for sowing panic, complaining that there is “too much information in the information space.” With the warnings growing more urgent, foreign investors are pulling out of Ukraine and airlines are canceling commercial flights.

The first U.S. disclosures came in December, when news broke that Russia was planning for a military offensive against Ukraine in early 2022. The Washington Post obtained an intelligence document that included satellite photos of Russian troop locations. In late January, the British government said that Moscow planned to topple Zelensky’s government in Kyiv and install a pro-Russian leader in its place. The United States also revealed Russian plans to send saboteurs into eastern Ukraine to stage an incident that could provide Putin with a pretext for an invasion. In early February, U.S. officials said they had intelligence showing Russia was plotting false flag attacks that could provide an excuse to attack. And last week, Jake Sullivan, the U.S. national security adviser, suggested that a Russian attack on Ukraine might be imminent and urged Americans to leave the country.

These revelations have provoked conversation and warned people on the ground about what to expect. It’s less clear if they are having any deterrent effect on Russia. At the same time, these disclosures have their risks. The information provided to the world can also give U.S. adversaries insight into U.S. intelligence operations, which can lead to these adversaries hardening their defenses. Still, intelligence does little good if policymakers fail to use it. In the case of the crisis in Ukraine, so far, it appears as if the United States is using the intelligence it has gathered to maximum effect. At long last, Washington is catching up to its rivals—including Russia and Wikileaks—in the use of information to shape events. The true gauge of the strategy’s efficacy, of course, will be whether or not Russia actually invades.

Releasing intelligence to advance foreign policy goals can be risky. Intelligence is imperfect and just a snapshot in time. The world took notice during the 1962 Cuban missile crisis, when Adlai Stevenson, the U.S. ambassador to the UN, revealed photos of Soviet missiles in Cuba, showing the world that the Russians were lying. But U.S. Secretary of State Colin Powell incalculably tarnished his legacy and American credibility with his 2003 UN speech, in which he presented supposed evidence that Iraq had weapons of mass destruction. “What we’re giving you are facts and conclusions based on solid intelligence,” he told the UN Security Council. Of course, it turned out to be false.

Exposing intelligence also puts in danger U.S. efforts to protect sources and methods. By revealing what it knows, the United States risks providing information that adversaries can use to improve their defenses. In 2019, for example, U.S. President Donald Trump tweeted what appeared to be a classified image of the aftermath of an Iranian space facility accident. It is safe to assume that after this revelation, Tehran made changes to the scheduling, location, and design of its missions.

Trump’s disclosure probably served no strategic purpose but was simply the result of his personal vanity or recklessness. The declassification in February 2021 of the CIA’s findings concerning the assassination of Khashoggi, by contrast, was purposeful. After the Trump administration did its best to cover for Saudi Arabia’s de factor leader, Crown Prince Mohammed bin Salman, the Biden administration released intelligence about the murder that signaled that it knew that MBS personally directed the crime. The details released about the intimate nature of the prince’s command and control of the event undoubtedly exposed U.S. capabilities that caused the Saudis to change their tactics afterward. But in this case, the U.S. government decided the price was worth it.

TIMES THEY ARE A-CHANGIN

The proclivity to show one’s cards reflects the times. Political dynamics, social media, and legal considerations have changed the calculus. During World War II, the allies successfully broke Enigma codes that Germany used for all internal communications within its armed forces, but they chose not to prevent some German attacks that would have exposed the capability, sacrificing many lives in the process. After World War II, the United States collected and deciphered countless classified Soviet diplomatic communications in what was known as Project Venona. The United States was privy to the plans, intentions, and capabilities of the Soviet intelligence agencies, including the work of Ethel and Julius Rosenberg, Americans who were providing the Soviets secrets about U.S. nuclear programs. Despite this extraordinary insight, the United States used this knowledge judiciously, particularly in criminal cases, with the first public release of archived documents not coming until 1995.

Since 2015, U.S. intelligence agencies have been subject to a formal “duty to warn” requirement, which legally obligates them to notify the identified victims of prospective foreign attacks, whether American or foreign, friend or foe. The requirement can be waived, but the threshold for failing to act must be remarkably high. What U.S. leader in 2022 would risk exposure of having sacrificed lives in the interest of protecting an intelligence capability?

There is also clearly a strategic imperative driving the United States to disclose more. For the last several years, the United States has been a victim of Russia’s hybrid brand of multidomain warfare. With Russia hardly on par with U.S. military, economic, or technical prowess, Putin has challenged U.S. interests through other means: election interference, cyberattacks, and disinformation campaigns. Doing so provided relief from threats to Putin’s hold at home and space to expand the Kremlin’s military, security, and economic interests abroad.

Intelligence does little good if policymakers fail to use it.

This strategy is an outgrowth of what Russians for centuries referred to as maskirovka, “masking” or “camouflage,” and what intelligence professionals call “denial” and “deception.” The tactic is employed to mislead opponents by embellishing strengths, concealing weakness, and disguising true intentions. Despite a good run, however, getting away with maskirovka has become harder. Free and commercially available imagery, open-source information, and far-reaching social media have enabled even nonstate actors to compromise covert Russian efforts. The open-source intelligence group Bellingcat identified and tracked the Russian agents who carried out the 2018 poisoning of the Russian intelligence defector Sergei Skripal and his daughter, Yulia, in the United Kingdom. The group tied the suspects to a mysterious Russian military intelligence team, Unit 29155.

Washington is finally catching up in this game. It is leveraging its alliances, economic influence, and credibility to focus on measures that will amplify the capabilities of many, rather than be diluted by Russian attempts to weaken partnerships such as NATO and the G-7. It has even used the law to its advantage. In December 2021, Switzerland extradited Vladislav Klyushin, a Russian oligarch close to Putin, to the United States on charges that he hacked into computer networks for the purpose of insider trading. Now, the United States is relying more than ever on the public disclosure of intelligence. By matching Moscow’s ability to manipulate the narrative and maintaining unity among its own alliances, Washington is further leveraging its liberal democratic allies. But the greater the number of allies, the harder it is to maintain consensus. U.S. intelligence capabilities are dear, the insights they provide are hardly limitless, and one can only go to the well so often before it runs dry or one’s adversaries adapt.

Fundamentally, the choice with Russia is to escalate or capitulate. There is risk in any exercise of power, but for that matter, there is also risk in not acting at all. Spying is fundamentally about managing risk to achieve goals. Trading some degree of collection capability to deter a threat is logical, but only up to a point. Putin cannot be shamed, after all. The Biden administration needs to take care that its big revelations not only have a big impact but also don’t tie its own hands.

DOUGLAS LONDON was a Senior Operations Officer in the CIA Clandestine Service for over 34 years, assigned to the Middle East, South Asia, Africa, and Central Eurasia. He is the author of The Recruiter: Spying and the Lost Art of American Intelligence.