Washington must prepare for war with both Russia and China 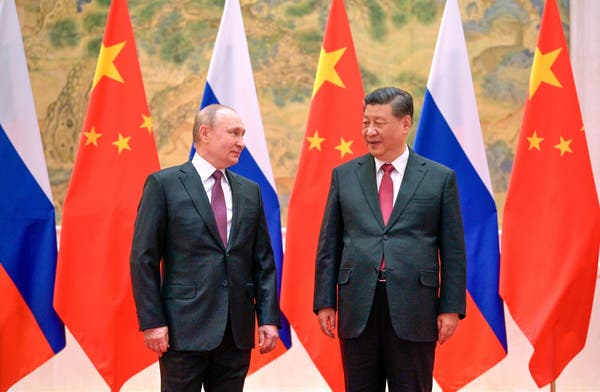 •Pivoting to Asia and forgetting about Europe isn’t an option.

As Russia threatens the largest land invasion in Europe since World War II, the most consequential strategic question of the 21st century is becoming clear: How can the United States manage two revisionist, autocratic, nuclear-armed great powers (Russia and China) simultaneously? The answer, according to many politicians and defense experts, is that Washington must moderate its response to Russia in Europe to focus on the greater threat posed by China in the Indo-Pacific.

This would be a mistake.

The United States remains the world’s leading power with global interests, and it cannot afford to choose between Europe and the Indo-Pacific. Instead, Washington and its allies should develop a defense strategy capable of deterring and, if necessary, defeating Russia and China at the same time.

In recent weeks, Biden has sent several thousand U.S. troops to reinforce NATO’s eastern flank—and for good reason. A major war in Ukraine could spill across international boundaries and threaten the seven NATO allies that border Russia, Belarus, and Ukraine. Moreover, if Russian President Vladimir Putin succeeds in Ukraine, why would he stop there?

Putin has shown a clear interest in resurrecting the former Russian Empire, and other vulnerable Eastern European countries—Poland, Romania, or the Baltic states—might be next. A successful Russian incursion into a NATO ally’s territory could mean the end of the Western alliance and the credibility of U.S. security commitments globally.

The threat posed by China is also serious. Adm. Philip Davidson, former commander of U.S. Indo-Pacific Command, predicted China could invade Taiwan within the next six years. This is a war the United States might lose. If China succeeds in taking Taiwan, it would be well on its way to disrupting the U.S.-led order in Asia, with an eye to doing the same globally.

Moreover, Russia and China are increasingly working together. As this month’s summit between Putin and Chinese President Xi Jinping shows, Moscow and Beijing are forging a closer strategic partnership, including on military matters. These dictators could coordinate dual attacks on the U.S. alliance structure or opportunistically seize on the distraction provided by the other’s aggression. In other words, there is a serious risk of simultaneous major-power wars in both Europe and the Indo-Pacific.

To address this problem, many have proposed answers that simply will not work. The Biden administration initially hoped to put relations with Russia on a “stable and predictable” footing to focus on China, but Putin had other ideas, as the world is now seeing in Ukraine. Unfortunately, Washington does not get to decide how its adversaries sequence their aggression.

Others have expressed hope that Washington can peel these powers apart or even align with Russia against China, but these are not realistic solutions.

The misguided view gaining the most recent acceptance, however, is that Washington should simply choose the Indo-Pacific over Europe. Politicians and experts argue that the United States lacks the resources to take on both Russia and China. They point to China’s power and Asia’s wealth and argue that Asia should be the priority. While Washington pivots to Asia, wealthy European countries, such as Germany, should step up to provide for NATO’s defense. Indeed, the Biden administration’s National Defense Strategy, which has been delayed due to the Ukraine crisis, is expected to focus on China without offering a clear solution to the two-front-war problem.

A good strategy starts with clear goals—and Washington’s objectives are to maintain peace and stability in both Europe and Asia.

A good strategy, however, starts with clear goals, and Washington’s objectives are to maintain peace and stability in both Europe and Asia. U.S. interests in Europe are too significant to let them be worked out solely between Putin and the United States’ European allies. Indeed, the European Union, not Asia, is the United States’ largest trade and investment partner, and this imbalance is much starker when China (which the United States seeks greater economic decoupling from), is removed from the equation.

Furthermore, China has conducted military exercises in Europe and the Middle East. Competing with China militarily means competing globally, not just in Asia. In addition, Xi is gauging U.S. resolve, and a weak response in Ukraine might make a Chinese move on Taiwan more likely.

Instead, the United States and its allies must design a defense strategy capable of deterring and, if necessary, defeating both Russia and China in overlapping time frames. The pause in releasing Biden’s defense strategy provides an opportunity to go back to the drawing board and get this right.

To be sure, developing such a strategy will be challenging, but there are a number of ways to begin to square the circle.

Moreover, the United States could go so far as to double defense spending (currently 2.8 percent of GDP) and still remain below its Cold War average (close to 7 percent of GDP). Indeed, given that this new Cold War is every bit as dangerous as the last one, a meaningful increase in defense spending, focused on the 21st century’s emerging defense technologies, is in order.

Some might argue that the days of a U.S. economic advantage are numbered due to China’s rise, but China’s internal dysfunctions are catching up with it. Dictators like Xi prioritize political control over economic performance.

Xi is undermining China’s growth model by cracking down on the private sector and rolling back liberalizing reforms, and his aggressive diplomacy is upsetting international economic relationships. As a result, Beijing’s economy is stagnating. Russia’s long-term economic outlook is even worse. In short, even if this new strategic competition becomes a two-versus-one arms race, Washington is likely to prevail.

In addition, the United States can actively lead its allies in Europe and the Indo-Pacific to develop a free world defense strategy. The United States and its formal treaty allies possess nearly 60 percent of global GDP, and together, they can easily marshal the resources to maintain a favorable balance of military power over both China and Russia. Preexisting formal alliances like NATO in Europe and bilateral alliances in Asia can be supplemented with new arrangements, such as the Quadrilateral Security Dialogue.

Allies do need, therefore, to step up and do more for their defense, but they will not do it on their own if the United States threatens to leave Europe. Instead, Washington should actively lead, moving from a model where Washington provides defense to allies to one where Washington contributes to allies’ self-defense. This should include incorporating key allies into military planning, sharing responsibilities, and devising a rational division of labor for weapons acquisition.

European allies should invest in armor and artillery while Asian allies buy naval mines, harpoon missiles, and submarines. The U.S. Army should prioritize Europe while the U.S. Navy takes the Indo-Pacific and a larger U.S. Air Force plays a significant role in both theaters. In addition, the United States should provide strategic capabilities like its nuclear umbrella; global conventional strike capabilities, including hypersonic missiles; and intelligence, surveillance, and reconnaissance.

Finally, if necessary, Washington could always take a page from its Cold War playbook and rely more heavily on nuclear weapons to offset the local, conventional advantages of its rivals. The presence of U.S. tactical nuclear weapons in Europe helped deter the massive Soviet Red Army for decades. Similarly, the United States could rely on threatening nonstrategic nuclear strikes to deter and, as a last resort, thwart a Chinese amphibious invasion of Taiwan or a Russian tank incursion into Europe.

To be sure, there are risks associated with nuclear deterrence, but nuclear weapons have played a foundational role in U.S. defense strategy for three-quarters of a century—and will likely continue to do so for decades to come.

Deterring China and Russia at the same time will not be easy, but it is better than pretending Washington can deal with one major-power rival or the other at its convenience. Thank goodness, former U.S. President Franklin Roosevelt did not choose victory in only one theater during World War II. Biden should follow his example and plan to defend U.S. interests in Europe and the Indo-Pacific at the same time.

See Also: Why China’s New Data Security Law Is a Warning for the Future of Data Governance

Matthew Kroenig is deputy director of the Atlantic Council’s Scowcroft Center for Strategy and Security and a professor in the Department of Government and the Edmund A. Walsh School of Foreign Service at Georgetown University. His latest book is The Return of Great Power Rivalry: Democracy Versus Autocracy From the Ancient World to the U.S. and China. Twitter: @matthewkroenig