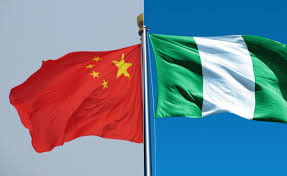 Two-way China-Africa trade surged last year to a new record of $254 billion, an impressive $67 billion increase from the 2020 total of $187 billion, according to data released by China’s customs agency on Tuesday.

Last year’s supply chain problems and various other economic disruptions brought on by the COVID-19 pandemic apparently did not have any measurable impact on the volume of trade between China and most African countries.

But much of the growth in trade is attributable to a jump in Chinese exports to the continent. In previous years, import and exports were largely even between the two sides — roughly at about $100 billion a year. Last year, though, China shipped $148 billion worth of goods to Africa and imported $106 billion in return.

While the bulk of China’s imports came from a small group of mostly-resource rich countries (see next story), there is some evidence that China is broadening its import base to more countries across the continent.

Imports from both Libya and Benin (Libyan oil exports have been steadily increasing in recent years) both jumped four times compared to 2020. And Togo, Sao Tome and Principe, Sierra Leone, Burkina Faso, Madagascar, and even eSwatini (listed as Swaziland in the GAC’s grid) all doubled their exports to China last year (eSwatini is especially notable given that it is the only African country that does not maintain formal diplomatic relations with China).

South Africa and Nigeria were only two countries in Africa to be among China’s top five largest trading partners in both imports and exports:

It’s important to note that some of these figures are not as clear cut as they appear. South Africa, for example, is a major transshipment hub for the entire southern African region. This means that a lot of the goods that pass through the Port of Durban are registered as South African even though they originate in the DRC or other neighboring countries. This partly helps to explain why South Africa’s trade with China is particularly robust.

Africa Among China’s Smallest Regional Trading Partners, Asia Far and Away the Largest

Africa accounts for just 4.2% of China’s $6.05 trillion global trade portfolio in 2021 and is among the country’s smallest regional trading partners. By contrast, China trades more with countries in Asia than anywhere else in the world, accounting for more than half of its total international trade:

Although Chinese trade with Africa increased significantly last year, it was by no means alone. U.S.-Africa trade also jumped by 22% in the same period to $58.4 billion.

While that’s no doubt encouraging for U.S. stakeholders who have struggled in recent years to boost trade ties with the continent, these new figures also highlight just how much more work needs to be done if the U.S. wants to compete with the Chinese on trade.

It won’t be easy to close the gap, considering that China now trades 4.37 times as much with Africa as the United States does.

The complete list of China’s trade with individual countries in Africa and around the world: